Are our children spending enough time outside? They may be lacking vitamin D if not, and it's not uncommon. 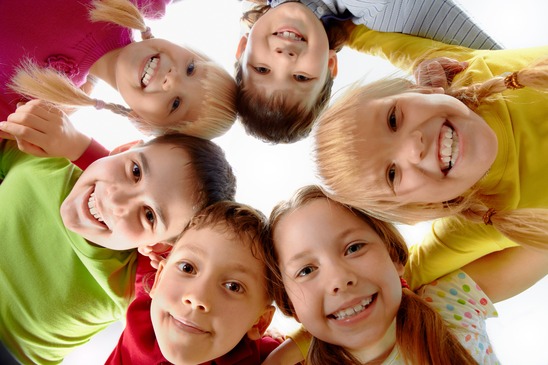 Protecting our children from the sun may actually increase the risk of bone disease during adulthood according to 2004 research from Otago University.

Researchers have been surprised to find that 30% of New Zealand children have insufficient levels of vitamin D which is provided mostly by sunlight. Dr Tim Green a nutrition researcher says, though not proven completely, inadequate vitamin D during childhood may increase the risk of osteoporosis later in life.

Blood samples from 3000 children showed 31% of them had insufficient levels of vitamin D. Four percent were so low they were labelled deficient. But the biggest risk group, the researchers discovered were girls, in particular Pacific Island girls with 14% of them deficient in vitamin D.
A possible reason for this, says Green, is girls maybe spending less time outdoors resulting in less exposure to the sun. But with New Zealand having one of the highest skin cancer rates the world, researchers stress the sun-safe message must still be heeded.

Is Boosting Foods with Vitamin D the Answer?

An alternative could be fortifying foods to boost vitamin D intake because it is present in so few foods. The main dietary sources of vitamin D are fatty fish and eggs. The Food Safety Authority says it allows some dairy products to be fortified but not many are.
“It does have to be taken carefully both from the point of view of the implications for the population of increased vitamin D, as well as public choice of what they can consume,” says Jenny Reid.
In America it is mandatory for all dairy foods to be fortified with vitamin D. But New Zealand researchers say doing the same here would not solve the problem. “Pacific Island girls and Pacific Islanders in general are not big consumers of dairy products,” says Green. Instead fortifying breads and cereals may be the answer for New Zealand say researchers.

We know historically that deficiencies in vitamin D result in rickets in children and osteomalacia in adults.   Both diseases are characterised by a softening of the bones caused by low amounts of calcium and phosphorous.  Vitamin D deficiency also increases the risk for hip fractures in post-menopausal women, and is associated with a higher risk for breast cancer, especially in older women, and prostate cancer.

Eric’s view: I find it strange that Vitamin D is not more thoroughly research in NZ in terms of the role it plays in prevention of many different aspects of health, especially with the prevention of cancer and diseases like multiple sclerosis. Vitamin D supplementation may help prevent the development of MS and may be a useful addition to therapy.

We know about the risks a lack of Vitamin D poses with bone health – but what about the risk of low Vitamin D levels and cardiovascular disease, cancer and several other aspects of health?

A big problem is the idea the the “sun causes cancer”. The very thing that gives life on Earth is now being feared by “experts” who insist that sunlight causes skin cancer! What about studies which show those who liver their lives inside and are exposed to fluorescent lights for several hours a day have a very high risk of skin cancer?
There has been some concern that under-exposure to sunlight in older people, particularly if they live in the very northern or southern regions, may put them at risk for low levels of vitamin D.  A 1998 study suggests that vitamin D deficiency may be a significant problem in the general American population, even among younger adults. Experts note that adults may need higher daily amounts than the RDA suggests. Exposure to sunlight for about 15 to 20 minutes at mid-morning or mid-afternoon three times a week is also recommended for most people who live in temperate climates. Don’t fear the sun – fear the consequences of not living according to the laws of nature, and this includes regular sun exposure.