Simply said, refined carbohydrates consist of sugars and refined grains, both of which have had a significant portion of their fibre and nutrients removed. Refined carbohydrates are also referred to as simple carbohydrates. Think of 'white' goods such as white bread, white rice, white flour, pastries, foods high in sugar, and many types of breakfast cereals. 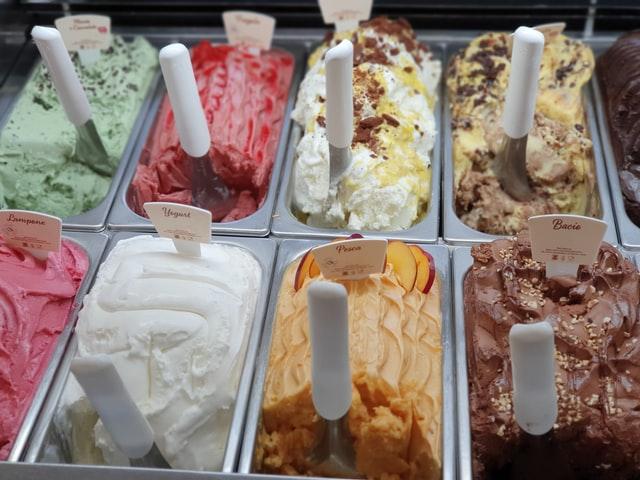 Avoid Refined Carbohydrates (As Much As You Can)

And, If you can, you’ll be very happy you kicked this very common habit as you get older. Especially when you get a lot older. You wouldn’t believe the sheer amount and severity of health problems I’ve seen in patients who consumed large amounts of refined carbs consistently over a period of many years. Diseases like diabetes, heart disease and cancer have been linked and can be caused by a diet high in refined carbohydrates.

Simple (refined) carbohydrates include sugars and refined grains that have been stripped of all bran, fiber, and nutrients. Read labels and you’ll be shocked how many foods contain large amounts of refined sugar. There’s plenty of proof this stuff is NO good for our health, yet many of us continue to eat it daily, and lots of it. Here is a list with just a few examples of refined carbohydrates. Look for VERY sweet foods (or very white).

These products are all highly processed and have little to no nutritional value at all. They just taste good., and that’s why they sell!

This is probably the most critical step of any nutrition plan, and the one you may well struggle with initially. I recommend you reduce and stop as many sweet foods in your diet as possible. Just do it now, it’s one of your TOP priorities for building great gut health. 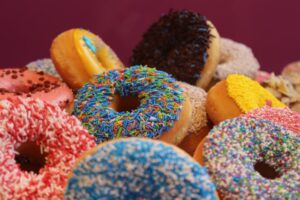 And what do I mean by sweet foods? These are the foods that you may have become accustomed to eating plenty of in your diet, they are refined carbohydrates like breakfast cereals, cakes, biscuits (cookies), breads, muesli bars, as well confectionery and sweet drinks like fruit juices and those cola drinks. Have you noticed that nearly these foods contain either refined flours or refined (white) sugars and many are made from wheaten flour or contain significant amounts of cane sugar, corn syrup or other sweetening agent? 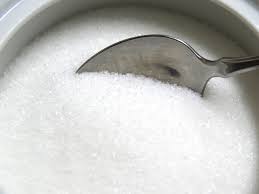 Eating foods containing sugar will have several undesirable health effects on your body, including a weakening effect on your immune system and the promotion of intestinal yeast growth. A though provoking document is 141 Ways Sugar Can Ruin Your Health by Nancy Appleton PhD. When your immune system becomes weakened, your defence systems become impaired and you leave yourself wide open to virtually every disease known. Like any naturopathic practice of long standing, we have seen countless patients in our clinic over the years with dysbiosis (poor bowel flora)and candida yeast infections, and most of these patients can relate to a diet high in refined carbohydrates.

Studies now provide evidence for the health benefits of a whole foods diet, this adds to a growing body of evidence supporting the potential effects of suppressive effects of dietary carbohydrate on circulating cortisol and stress-associated cortisol reactivity.

A diet high in refined carbohydrates and sugars can also lead to adrenal fatigue, common symptoms of which include feeling mentally and emotionally stressed, sugar and salt cravings, mood swings, feeling weak and lethargic, brain fog, depression, dizziness and a host of other complaints. The adrenal glands are very much affected by sugar in your diet. Your adrenal glands are the tiny glands that sit on top of your kidneys, and are a major part of your HPA axis (your body’s system designed to allow you to recover from any stressful event). The two major hormones manufactured and secreted by your adrenal glands are adrenalin (epinephrine) and cortisol.

Adrenalin has a profound effect on blood sugar levels in the short term, and cortisol has a profound effect in the long-term. Controlling your blood sugar levels will go a long way towards giving you the energy when you want it, and avoiding refined carbohydrates in your diet as much as possible is one of the best ways to control hypoglycemia (low blood sugar).One of the duties of your adrenal glands is to release adrenalin after you eat sugar or high-carbohydrate foods, as well as cortisol when you blood sugar drops, to allow you to access more stored sugar (called glycogen) from the liver. While insulin  removes sugar from your blood stream, cortisol and adrenalin work in tandem to counteract too much sugar being taken out by releasing stored glucose from your muscles and liver. This is your body at work, trying to maintain homoeostasis, or perfect balance, for optimal health.

Your pancreas, insulin and dietary sugar

The other important hormone worthy of mention with sugar in your diet is insulin, which is produced by your pancreas. Some experts believe that the high pancreatic cancer rate we now see is in part because of the increasingly high consumption we now see of carbonated fizzy, sugary drinks (sodas).

Did you know that sugar in drinks is more dangerous than sugar in foods, according to a new review of international evidence? A 2019 study has revealed that worldwide, it has estimated that there are 184,000 premature deaths per year due to sugar-sweetened beverages, mostly from diabetes.

Your adrenal glands have to perform a constant secretion of cortisol and adrenalin every you eat sugar, which eventually places an enormous stress on your entire body.
Do you drink those black cola (soda) drinks? Look at the amounts of sugar you are consuming with the regular cola drinks. Those non-diet fizzy carbonated soda drinks have up to an amazing 8 teaspoons of sugar in each can. Most boxed breakfast cereals also have sugar as their major ingredient. Just look at the label and you will see. Why else do you think kids love them? Most foods that people absolutely love to eat are the sugar or salt or fat-containing foods, and the takeout businesses know this, because all their foods are essentially based around these three ingredients – sugar, salt and fat.

Besides sugars, these soda drinks contain plenty of phosphoric acid – which is linked with rotting teeth in children especially. I can remember recently speaking with a dental nurse who said that it is sad to see New Zealand’s indigenous Maori children with so many decayed and rotten teeth often due to soda drinks. When the price of Coke is significantly lower than the price of milk, those who are economically deprived will choose Coke, and the health of their offspring certainly suffers as a result. Do you drink soda drinks regularly? You may want to re-think these kinds of “beverages” because they certainly have no place in a healthy diet. Stick with water, which is what these drinks are based on, anyway. And what about the USA? Not much better, Mountain Dew appears to be destroying Appalachia’s teeth. 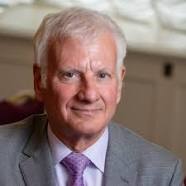 According to Michael Murray ND and Joseph Pizzorno ND (Encyclopedia of Natural Medicine, Revised Second Edition) “Many general dietary factors have been suggested as a cause of osteoporosis, including: low calcium-high phosphorus intake, high-protein diet, high-acid-ash diet, high salt intake, and trace mineral deficiencies. It appears that increased soft drink consumption is a major factor that contributes to osteoporosis.”

Soft (soda) drinks are suspected of leading to lower calcium levels and higher phosphate levels in the blood. When phosphate levels are high and calcium levels are low, they pull calcium out of the bones. The phosphate
content of soft drinks like Coca -Cola and Pepsi is very high, and they contain virtually no calcium.
The United States ranks first among countries in soft drink consumption. The per-capita consumption of soft drinks is in excess of 150 quarts per year, or about three quarts per week, New Zealand and Australia are not far behind, in NZ (with a population of 4.2 million) we consume over 1 million litres of Coca Cola every 24 hours. That’s just plain crazy.

Soft drink consumption in children poses a significant risk factor for impaired calcification of growing bones.” “Of the fifty-seven children who had low blood calcium levels, thirty-eight (66.7 percent) drank over four bottles (12 to 16 ounces per bottle) of soft drinks per week, but only forty-eight (28 percent) of the 171 children with normal serum calcium levels consumed as much soft drinks

These results more than support the contention that soft drink consumption leads to lower calcium levels in children. This situation that ultimately leads to poor bone mineralisation, which explains the greater risk of broken bones in children who consume soft drinks.”

When in doubt about the sugar content of a food, look at the list of ingredients and see how many grams of carbohydrates (sugars) are listed. Unless the carbohydrates are from vegetable crops grown above the ground you should be concerned that they represent sugars that could alter your insulin levels.

These sugars can also give you insulin resistance, meaning you need more sugars to give you that same level of satisfaction like you used to consuming lesser amounts. Take a look at Eating for Fatigue, it is a very popular page which has many views. 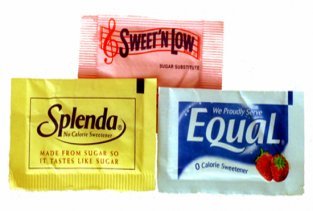 While refined sugars are best limited in your diet or better still avoided, none of them are as bad or as toxic as artificial sweeteners.  So if you must have carbonated (fizzy) drinks, the plain version (with sugar) are superior to “diet” drinks. Many studies are now only beginning to highlight the link between soda drinks and the sharp increase we have seen globally in pancreatic cancer. In a large cohort study, artificial sweeteners (especially aspartame and acesulfame-K), which are used in many food and beverage brands worldwide, were associated with increased cancer risk.

Many people ask me about Splenda, Equal or Nutra-Sweet (Aspartame). If you really value your health, then these artificial sweeteners need to be eliminated totally from your diet and your life. You will find artificial sugars in many foods today, including weight-loss or “diet foods”, chewing gum, canned and processed foods and more. read the label, and if in doubt, leave it out. Apparently, there are more adverse reactions to NutraSweet reported to the FDA than all other foods, colourings, flavours, preservatives and additives combined. In certain individuals, artificial sweeteners like NutraSweet can have devastating consequences.  What sugars do I recommend? I recommend that you take a serious look at Stevia and Xylitol as safe, natural alternatives. These natural sugars are hundreds of times sweeter than plain white refined sugar and have virtually no calories. Some don’t like its taste, but I have found that most people can easily adapt by having less sweeteners in their diet.

Thinks for checking out this page – now please read: Choose the right carbohydrates for your diet.