An imbalance between the creation and buildup of oxygen reactive species (ROS) in cells and tissues, as well as the biological system's ability to detoxify these reactive products, causes oxidative stress. 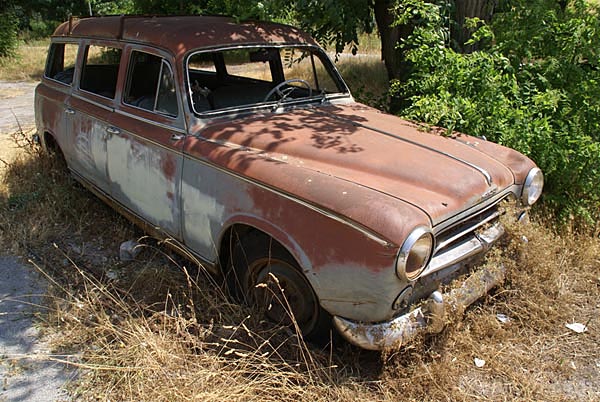 What Is Oxidative Stress?

Your body constantly reacts with oxygen as you breathe and your cells produce energy. Because of this activity, highly reactive molecules are produced known as free radicals. Free radicals interact with other molecules within cells. This can cause oxidative damage to proteins, membranes and genes. You have probably seen some rusty metal for example, like a tin can. I remember well when I used to spray paint cars for a living many years ago, how easily a steel car door panel would develop a fine film of rust even within hours! This is called “oxidation”, or the process of oxygen reacting with metal. Oxidative stress is similar, the meal you had just a few hours ago is probably oxidising in your digestive system and cells right now. Wouldn’t it be great if we could slow this “rusting” down inside our bodies? Well we can – with “anti” oxidants.

Thank goodness we get plenty of antioxidants from a healthy diet, if we didn’t, we would literally “rust to death” in next to no time. In your body, the antioxidant process is similar to stopping an apple from browning. Once you cut an apple, it begins to brown, but if you dip it in orange juice, which contains vitamin C, it stays white.And some people actually do this – by eating junk and crappy diets until they literally develop accelerated ageing, and ultimately death. An eating plan containing plenty of fruits and vegetables, whole grains and nuts can supply all the antioxidants your body needs, or does it? Are you getting enough in your diet?

Oxidative damage has been implicated in the cause of many diseases such as cancer and Alzheimer’s and has an impact on the body’s aging process. External factors such as pollution, sunlight and smoking also trigger the production of free radicals.

Oxidative stress describes the state of the body in which the production of reactive oxygen species (ROS), including free radicals, overwhelms the body’s antioxidant defences.Our body tries to maintain a constant balance between free radicals and antioxidants. Free radicals arising from metabolism, disease, exercise, and environmental factors like smoking, pollution, UV rays are being neutralized by the antioxidants (mainly glutathione) in our cells.

The presence of too many ROS/free radicals leads to oxidative damage to the molecules in our cells including lipids, proteins and DNA, and this in turn can destroy cell function. In this situation our body is under – “Oxidative Stress”.
Oxidative stress leads to loss in cell function and eventually to cell death, and contributes to loss in organ function. This process leads to the development of most chronic diseases and exacerbates existing conditions.

A free radical searches out other free radicals and starts a chain reaction that occurs at a frightening speed. In a recent publication by Caroline Bay who worked for the Committee on the Public Understanding of Science of the Royal Society in the UK, the author states that some free radicals react at a rate of more than 6 x 1021 billion molecules per second. Our bodies can, therefore, be exposed to billions and billions of damaging free radicals on a daily basis. No wonder that people who live for many decades start to develop degenerative diseases and other negative effects of aging.
Clinical research has shown that pine bark extract can reduce oxidative stress in the body.

Reactive oxygen species are small molecules that include oxygen ions, oxygen free radicals, and peroxides, both inorganic and organic. These molecules are highly reactive due to the presence of unpaired electrons. ROS form as a natural byproduct of the normal metabolism of oxygen and have important roles in cell signaling. However, during times of disease, exercise, or environmental stress (e.g. smoking, UV or heat exposure) ROS levels can increase dramatically, which can result in significant damage to cell structures. This accumulates into the situation known as oxidative stress (see above). ROS are also generated by exogenous (external) sources such as ionizing radiation.

Cells are normally able to defend themselves against ROS damage through antioxidant enzymes (the most common are superoxide dismutases, catalases, glutathione peroxidases), and small molecule antioxidants such as vitamin C and E, uric acid, and glutathione. Similarly, polyphenol antioxidants, the major class of antioxidants in Enzogenol, assist in preventing ROS damage by “scavenging” free radicals.

ROS have positive and negative effects on cell metabolism. Positive effects where ROS mediate functions of normal cell metabolism include the induction of host defence genes and mobilisation of ion transport systems, and roles in redox signaling. Negative effects of overproduction of ROS are implicated in many cardiovascular, inflammatory and neurological diseases. Generally, harmful effects of reactive oxygen species on the cell are most often: