The gallbladder is a small organ in the upper right side of your belly, just beneath the liver. It's a soft pouch that holds bile, a yellow-green liquid that helps with your digestion. Gallbladder problems usually occur when something blocks the bile duct, like a gallstone. 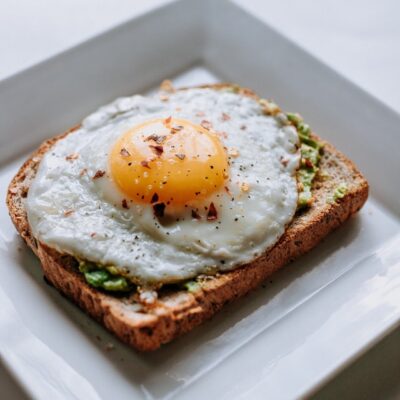 Your gall bladder’s main function is to collect and concentrate bile produced by the liver that the body uses to digest fats. Think of bile a bit like you would dish-washing liquid. Have you ever tried to wash dishes with fat or grease on them in water without dishwashing liquid? Not really effective is it? Not at least until you squirt a little dishwashing liquid into the warm water then they are clean in no time. Your gallbladder makes plenty of its own type of “degreasing liquid” called bile. Bile becomes up to twelve times more concentrated in the gallbladder (and hence much more effective) than it was in your liver. Think about this, with your gallbladder gone, your liver now has to produce, store and secrete bile. It can do this but not as effectively as it can without that little purse called the gallbladder hanging by its side.
The liver makes between 600 – 900 mls of bile each day, and what is not sent during meals to the duodenum (beginning of your small bowel) directly via the liver’s main duct to emulsify fat, it is diverted through a smaller duct (branching off the main liver duct) to the gallbladder for storage until required. When fat in a meal reaches the duodenum (where most of the food you eat is digested and absorbed), hormones enter the circulation and along with nerve signals, stimulate the gallbladder to contract. This contraction, assisted by the small intestine’s contractions, induces the gallbladder’s small round muscle and the stored bile is propelled into the duodenum where it mixes with food from your stomach and pancreatic juices from the pancreas by way of the pancreatic duct. If you eat a fairly fatty meal (fish and chips for example) your gallbladder can empty completely within one hour. It is this combination of bile and fats that can make one feel “queasy” at times after a fatty meal.

Bile itself is made up of water, salts, fatty acids, lecithin, cholesterol, bilirubin, and mucus and has two main functions. The first function is to help in the absorption and digestion of fats, and the second to eliminate certain waste products from the body, especially excess cholesterol and the haemoglobin from worn out red blood cells, which have an average lifespan of 3 months.
In particular, bile:
Bile salts are in fact re-absorbed into the small intestine, and re-secreted into the bile after extraction by the liver. All bile salts in the body re-circulate some 10 to 12 times a day by means of this so- called enterohepatic circulation. In each circulation small amounts of bile salts enter the colon where bacteria break them down for excretion with the faeces. 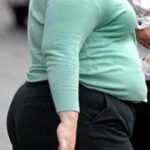 Being big is actually in itself a big risk factor in gallbladder problems, and women with a BMI (body mass index) of 30 or greater are more than double at risk than women who have a BMI of 25 or less. Although a decrease in weight reduces the risk of gallstone formation, there is a 15 to 25 percent increase in gallstone formation during or immediately following weight loss! I have seen this with several patients over the years; they have lost weight and are proud of if only to experience digestive problems and then a bad bout of pain within twelve to eighteen months after the weight loss. A major heart study in America discovered that women with Type 2 Diabetes were almost twice as likely (41.8 percent versus 23.1 percent) that non diabetics to have gallstones, and the risk was highest amongst the 30 to 59yr old group. So what is the solution?   If you want to jump right into the Gallbladder Cleanse page just click.

Gallstone Symptoms
Gallstone signs and symptoms are common in many people I see over the age of forty, especially women. Gallbladder disease is one of the leading causes of problems with digestion that result in hospital admissions. Did you know that around 10% of the population has gallstones? Most of these are “silent” but about 4% of patients with stones develop symptoms each year. For about half of them, the symptoms reoccur within 12 months.
More men than women suffer from acute gallbladder inflammation (cholecystitis), whereas more women than men experience gallstones (men have more kidney stones), and married women with children have more gallstones than unmarried women. The term “gallbladder disease” is in one sense a misnomer, for it is the liver, bile ducts and gallbladder that form the system that enables your body to digest fats and all are likely to participate in gallbladder problems.

I have seen many women in the clinic who have for years on and off never felt quite well in terms of their digestion. Many have experienced a low grade ill feeling, a digestive discomfort which was put down to indigestion, constipation or diarrhoea or even a “grumbling appendix”. They go on for years and years with digestive symptoms and never realise that they may be related to a gallbladder problem. That’s because they are so inter-related with other digestive symptoms and too easy for their doctor to say: “You are fine; there is nothing to worry about”.

Constipation is one of the most commonly missed complaints, and so is farting. Don’t be embarrassed here, we all fart, some men (and plenty of smallish children) enjoy boasting about it but women do it too and are generally totally embarrassed. Flatus is most common in bed when you first lie down, during the night or when you get up. This is because your bowel changes its position and gas more easily escapes through the anus with the large intestine in a horizontal rather than in a vertical position. Don’t laugh, but do you sometimes feel fat, frumpy, full of gas and at times nauseous or just plain sick after eating a fatty meal like fish and chips or chocolate? Does your partner joke about how much you fart? Then you may very well have a gallbladder issue. 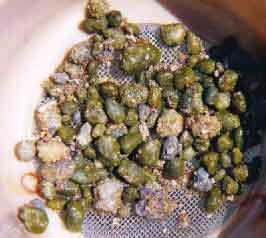 Have you heard about the four f’s?  We learn when we study medicine that women who are “fat, fertile, forty and flatulent” are often gallbladder girls. They are more prone to having gallstones or a sluggish liver and gallbladder. The following list provided here may be related to gallbladder but please bear in mind that it could also be something else. The first four symptoms mentioned are the most indicative of gallbladder issues. It is not necessary to have all or many symptoms to have gallbladder problems but the more you have from this list, the more confirmation you have that your gallbladder is involved. Please note that it is still advisable to consult your GP for an accurate diagnosis.

(If you answered yes to the first four (with an asterisk) go to your health-care professional for a more accurate diagnosis.)

Do You Really Need An Operation? 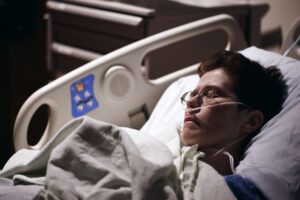 I have always said that doctors generally see health problems as conditions with symptoms requiring drugs, whereas surgeons see health problems as conditions requiring the knife, and when a patient is admitted with abdominal discomfort surgeons are often keen to remove the gall bladder as it is believed that it ‘serves very little purpose’ and that the patient can live comfortably without it.
This is a ridiculous and very untrue notion however, and I want you to think twice about having your gallbladder removed, because over half of people I have seen who had their gallbladder removed still had the same digestive problem they started with in the first place unresolved, yet now without their gallbladder.
Once it is out that is it, it does serve a purpose like every organ you were born with and having your gallbladder removed will affect your health to some degree. For some patients, the removal of their gallbladder had a major consequence on their health down the track. For others, it was a minor consequence. Why would you be born with an organ that suddenly becomes…redundant. It’s laughable and yet tragic to make such assumptions. 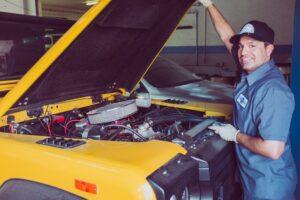 In England in the past decade, there has been a 54% increase in cholecystectomy.   A surgeon I once spoke to years ago mentioned that the gallbladder operation was one frequently performed in larger hospitals by the younger surgeon to “bring them up to speed” in the operating theatre. He said that it was a relatively easy operation lasting from thirty to forty minutes enabling them to gain surgical experience before they move onto “bigger and better things” as far as abdominal surgery is concerned. I can’t help wondering if all the gallbladder operations performed are really that necessary, because they are so quick to take it out these days. The apprentice mechanic will first be introduced to the engine by learning to replace the spark plugs before he is allowed to work deeper into the engine, the crankshaft.

Now that you have read this page, why not check out the Gallbladder Cleanse page?