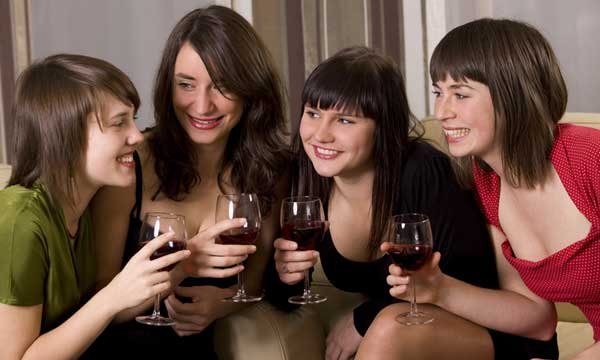 Is Wine Really That Fine?

Wine is good for the heart we are all told, but how healthy is wine really? Wine-specific research has reported some special benefits for those who drink moderately, much research has been done in recently in America, as well as Europe, and England. It is quite interesting how more people over time actually believe that wine consumption is beneficial for your health. The problem with alcohol in my opinion lies in – in it’s consumption. Most people simply drink too much for it to be beneficial. A small glass daily of a good (preservative-free) red wine certainly confers benefits. But how many people stick with a small glass when they do drink wine?

The Down-Side Of Wine

Wine can potentially cause long-term health problems, even at moderate levels

Despite any psychological and physical health benefits, even at moderate levels of just “a drink or two” daily, alcohol can eventually lead to some serious problems: 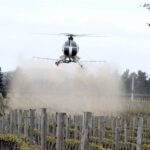 Wine country is also toxic spray country. Grapes have been analyzed for the first time in New Zealand for pesticide residues. Grapes had 13 different pesticides detected in the latest quarterly report of the Total Diet Survey. It was found that grapes may contain up to 27 different pesticides, according to an analysis carried out by Soil & Health, the Safe Food Campaign and Pesticide Action Network Aotearoa NZ. What does this mean? It means that those who consume wine regularly, would do well to undergo regular liver detoxification. Consult with your naturopath.
Many people choose to follow a detoxification program, any such program should be supervised by a qualified naturopath, because when toxins are released too quickly they can be extremely uncomfortable and may cause headaches, fatigue, diarrhea, irritability and lightheaded. However, removal of toxins gives many positive health benefits, giving increased energy, clear skin, vitality and a general feeling of well-being.

The French have a lower rate of heart disease despite consuming a high-fat diet (the French paradox). The reported reason ? a lot of red wine.  A recent study published in the British Medical Journal examines the full range of research on the subject, reviewing heart benefits touted from all types of alcohol. The conclusion? It’s all essentially all the same, the French would do just as well on beer or gin!

If You Drink Wine Regularly, How Can You Test Your Liver’s Function?

Standard LFT’s (liver function tests) studies done by your doctor are most effective for detecting actual damage to your liver. These blood tests are of limited value however in detecting your liver’s actual detoxification potential, because they measure acute liver cell damage directly, rather than functional capability of your liver, i.e., the uptake, metabolism, storage, and excretion of toxic substances like alcohol, drugs, chemical sprays, solvents, etc. Why should you wait until the damage is done? Besides the standard liver function blood test, there is a simple urine test or a liver challenge test available which can identify how your liver, the body’s main detoxifying organ, is handling a wide variety of chemicals, including wine.

Can Diet And Supplements Improve My Liver’s Function?

It can be said that an efficient liver detoxification system is vital to health and in order to support this process it is essential that many key nutrients are included in the diet.

Enjoy Wine, But In Moderation

Any health benefits of red wine come from moderate drinking only, and moderate drinking is defined as one drink per day for women and two drinks per day for men. With any more than a moderate amount and all health benefits are lost, with significant health-risk factors kicking in. Always have something to eat before you drink wine. When tasting or drinking wine, alternate a glass of wine with a glass of water. Try to pace yourself when drinking; aim for the persistent euphoria rather than the rapid oblivion!
Finally, I remember the advice given to me by my father – “moderation in all things”.

Previous Post: How Well Do You Look After Your Health?