Systemic enzymes help to regulate inflammation primarily, and are given away from foods or between meals. Systemic enzyme support can be defined as a modality which uses oral administration of exogenous hydrolytic (mainly proteolytic) enzymes of either animal (trypsin, chymotrypsin) or plant origin (bromelain, papain) in the form of enteric-coated tablets for supporting the healthy and normal inflammatory processes in the body. 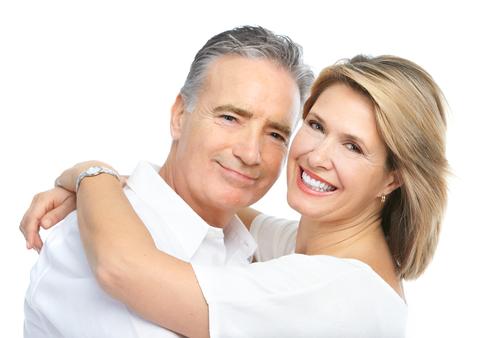 What Are Systemic Enzymes?

Systemic enzymes help to regulate inflammation primarily, and are given away from foods or between meals. Systemic enzyme support can be defined as a modality which uses oral administration of exogenous hydrolytic (mainly proteolytic) enzymes of either animal (trypsin, chymotrypsin) or plant origin (bromelain, papain) in the form of enteric-coated tablets for supporting the healthy and normal inflammatory processes in the body.

Some practitioners still believe that enzymes are “too big” to be absorbed by the digestive system, but over 30 years of pioneering research completed by Dr. Max Wolf M.D. Ph.D. from Columbia University (USA) has shown this to be incorrect. The are more than 200 peer-reviewed studies on PubMed alone dealing with the absorption, utilisation, and therapeutic action of systemic enzymes such as serrapeptase, papain, trypsin, bromelain, chymotrypsin, lumbrokinase and nattokinase. Systemic enzymes now enjoy more than 40 years of history of widespread medical use, particularly in Europe and Japan.

Now let’s take a look at the six main actions that are performed in your body by systemic enzymes:

Enzymes are the first line of defence in your body against inflammation. Inflammation is known to be one of the leading causes of all chronic disease, including heart disease, diabetes and cancer.4 Inflammation is an immune-mediated reaction to any kind of irritation in the body. For example, if the left foot is injured, the body’s immune response would be to create an immediate enzymatic protein chain called CIC (Circulating Immune Complex), tagged specifically for the left foot. Dr. Gunter Blobel in fact received a Nobel Prize in 1999 for his discovery of these CIC cellular communication proteins.5 The inflammatory response cause by the liberation of CIC to the injured area includes swelling, redness and pain, all hallmarks of an inflammatory response. But the inflammation itself can escalate because of increasing amounts of CIC, creating a chronic state of inflammation in cases such as auto-immune disease.

NSAID drugs such as Ibprofen, Aspirin, Celebrex, Vioxx, etc; work by inhibiting the body’s production of CICs. But NSAIDs have proven to be both hepato and nephrotoxic, and suppressing CIC production can cause damage to the lining of the digestive system and inhibit kidney function. Anti-inflammatory drugs have been implicated in causing many deaths each year, and many more patients end up in hospital with liver, kidney damage, and GI bleeding from the numerous side effects of these drugs.6 Systemic enzymes are safe and free of side-effects, unlike pharmaceutical drugs are not based on the LD-50 rating and therefore have no toxic dose. Many medical experts now view enzymes as being major drugs one day, even in conventional medical practice.7

Unlike pharmaceutical anti-inflammatory agents, systemic enzymes are discriminatory and do not inhibit beneficial and healing CICs.

They suppress the production of the damaging inflammatory mediators created by the immune system in response to inflammation, yet allow the beneficial CICs to in inhibit pain, swelling and redness. This in turn ensures that the inflammatory response will not become an escalating problem for the body to deal with increasing dosages of more painkilling drugs, curbing any potential iatrogenic disease.

Our bodies begin to produce fewer enzymes as we age, and it is generally agreed that we peak physically around the age of 27 years. After our third decade, enzyme production slowly diminishes, and because our bodies make a finite amount of enzymes, many are used up by the time we reach our prime. It is important to remember that enzymes help to dissolve fibrosis and scar tissue, and when you learned anatomy and physiology you may recall that fibrosis is an inevitable part of ageing and leads to our eventual death.

As our production of enzymes diminishes, our body has less enzyme availability and struggles to reduce the abundance of fibrin that it manufactures and deposits throughout the body, in areas from simple cuts to blood vessels and all of our internal organs. Women tend to more commonly develop uterine fibroids, fibrocystic breast disease, and arterial sclerotic plaque in the 3rd to 4th decade. By the time most people reach their 50’s or 60’s, they will have developed sufficient fibrin to reduce one or several of their organ’s effectiveness ranging from mild to most significant. With aging, many will notice that their wounds become thicker, less pliable and can develop significantly more visual scar tissue.

By supplementing our diminishing endogenous enzyme production with oral enzyme supplementation, we can be more in control of fibrin developing. It therefore makes sense for us to take systemic enzymes regularly as we age, as we will be able to not only reduce the amount inflammation from occurring, but will be able to reduce the amount of scar tissue from developing as well. Many health-care professionals in Australia, New Zealand, and America have been incorporating enzymes into their clinical practices the past several years, discovering that even old scar tissue can be significantly reduced whether it be from surgical wounds, kidney or pulmonary fibrosis and even keloid scarring.

A lesser-known action of systemic enzymes is their ability to purify and cleanse the blood. The bloodstream is literally a garbage disposal system of the body, with countless cells, bacterial components and various other dead materials being dumped into the circulation every hour of every day. Enzymes improve circulation by reducing excess fibrin that can cause the blood to thicken and flow more slowly, reducing the potential for blood clot formation. The liver’s role is fundamental in keeping the bloodstream clean, but most people will have some level of impaired liver function ranging from mild to severe.  It can take days and in some cases of people with severely affected liver detoxification pathways even weeks for the liver to cleanse the bloodstream if the enzyme production and supply is compromised.8

Systemic enzymes can play a vital role in the prevention of stroke and heart attack by:

It is important to mention naturally that you will need to be especially cautious of any patient who is a haemophiliac or who is taking a blood thinning drug such as Heparin, Warfarin (Coumadin), Clexane (Enoxaparin), or Plavix (Clopidogrel) without direct medical supervision, including extensive blood testing and monitoring. Systemic enzymes are powerful and allow increased blood thinning to occur, which when taken along with a prescription blood thinner may cause inappropriate haemorrhaging.

Enzymes are always seeking to restore homeostasis, a steady state of the body, when immunity is compromised and running low, we become more susceptible to acute infectious disease. 9

But on the other hand, when our immune system is running too high and is inappropriately up-regulated, then we have a higher potential of creating antibodies that allow us to develop auto-immunity to our own tissues. Conditions such as rheumatoid arthritis, SLE, multiple sclerosis and ulcerative colitis respond well to systemic enzyme therapy, as the enzymes can help reduce the over-responsiveness of the immune system by helping the body eliminate the auto-antibodies.

A virus can quickly replicate it its host and cause disease to occur rapidly through viral replication. Did you know that systemic enzymes are one of the very few dietary supplements that could be successfully used to inhibit viral replication? Enzymes recognise foreign proteins to being different from our own proteins and eliminate them. The way that a virus replicates in the body is to bond itself to DNA in our cells, and enzymes have the ability to inhibit a virus from breaching the cell wall and thus stop rapid viral replication from occurring, rendering the virus inert. 10, 11 Systemic enzymes are selective and have the ability to recognise a foreign protein from our body’s own proteins by way of a clever lock and key mechanism.

It is generally known that digestive enzymes are taken at the beginning or during a meal. Because systemic enzymes serve a much larger metabolic function, they are best taken well away from meals to control the many aspects of inflammation. This does represent a challenge for many of your patients, who will be used to taking their dietary supplements with foods, rather than away from meals or snacks. I have found that most failures occur with systemic enzyme supplementation because one of these three points were not observed:

When taking systemic enzymes, it is worth remembering the sufficiently high dosages need to be taken for long enough to get the desired action. Patients are generally used to the powerful suppressive action of drugs such as NSAIDS, and many are impatient and expect an enzyme to work within 12 hours or less. As you are aware, suppressing inflammation with drugs to control pain will only serve to mask the symptoms, and can potentially damage kidney, liver or stomach function and allow the underlying degenerative process to continue on.

Here are a four points worth bearing in mind when it comes to systemic enzyme supplementation, especially when enzymes are taken for anti-inflammatory purposes:

How To Take Systemic Enzymes

General Applications for Systemic Enzymes For Your Health