The NZ government has made it mandatory for bread makers to add folic acid to bread making. It makes you wonder why they aren't promoting the consumption of leafy greens, naturally high in folic acid. 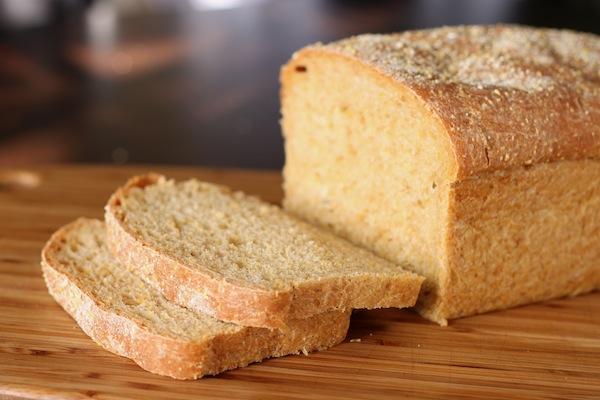 The Government has decided to go ahead with mandatory fortification of bread with folic acid. Food Safety Minister Annette King said the decision, jointly made with Australia, was “a triumph for humanity and common sense”.In New Zealand, Folic acid would be added as the bread was made and Australia had decided to add it to flour.
“New Zealand women do not get enough natural folate in the diet to prevent a large number of babies being born with devastating neural tube defects, the most common of which are spina bifida and hydrocephalus,” Ms King said.
Opponents of the idea have raised concerns that the fortification could have side effects such as an increase in the number of twins and bakers have said it would add costs. They also say it is unlikely women would eat the required 11 slices of bread per day. However, Ms King expected the change would see between four to 14 fewer neural tube defect affected pregnancies a year.

“While fortification alone won’t provide the recommended amount of folic acid that should be taken before and during pregnancy, it will be enough to make a difference.”Folic acid supplements were still recommended for women planning a pregnancy to reduce the numbers of children with neural tube defects born in this country. Organic and non-yeast leavened breads were exempt from mandatory fortification.”We promised that New Zealanders will have a choice, and we have delivered on that promise, but I urge all women considering a diet low in folate or folic acid to consult their doctor about the risks and consequences.

Ms King said that in New Zealand fortification of bread at levels of 80 to 180 micrograms of folic acid per 100g of bread will occur in the bread-making process and will be mandatory two years after the standard is gazetted.

Dietary modelling studies have shown that this will increase folic acid intake in New Zealand women by 140 micrograms of folic acid a day, she said. “This is still below the 400 microgram daily intake recommended by the Ministry of Health for women in the four weeks before and first twelve weeks of their pregnancy, and all pregnant women should ask their doctor about the right folic acid supplement for them.”

There would a review to see how the decision was working after two years.

Green MP Sue Kedgley said she was pleased that organic bread was exempt. Her party opposed the Australian model of all flour containing folate.”We are pleaded that the Minister has not slavishly followed Australia, and required folate to be added to all flour, and has instead come up with a New Zealand based solution — of adding folate during the bread making process.”

She said it would be hard for some small bakeries to implement the change because of measuring difficulties for small batches.

The New Zealand Food & Grocery Council (FGC), which represents food manufacturers, was disappointed and said women did not eat enough bread for the change to make a difference.

FGC executive director, Brenda Cutress, said research — by Professor Leonie Segal of the Monash University — found that the option was not cost effect and he recommended promoting folic acid supplements through a public campaign targeting women of child bearing age. “It’s laudable to seek a way of reducing birth defects, but it is more important to have a solution that actually works.”

Eric’s Comment: It is crazy that the government is recommending that folate is added to bread – now we are encouraging those with a higher need of folate to eat bread – one of the more “fattening” of foods New Zealanders eat. What about promoting the consumption of leafy green vegetables, naturally high sources of folate?

See my Folic Acid page for more information on what folic acid is good for. You may also like to read the folic acid containing foods page.