Do Vitamins Cause Cancer?

Are you still believing the skeptics? Some will have you believe that dietary supplements are "linked with cancer". Do you own research and you'll soon find out online that this isn't the case! 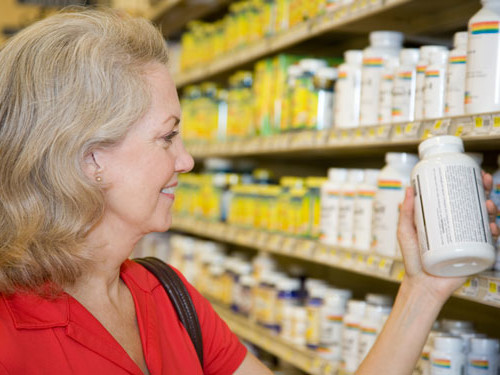 Are Dietary Supplements Dangerous For Your Health?

A recent study published in the American Journal of Clinical Nutrition in May 2010 raised concerns that the use of multi-vitamin supplements may increase the risk of breast cancer. The study prospectively examined the association between multivitamin use and the incidence of invasive breast cancer in the Swedish Mammography Cohort.

The questionnaire solicited information on multivitamin use, as well as some (but not all) breast cancer risk factors. During a mean follow-up of nine and a half years, 293 of the 9,000 women that claimed they took vitamins had developed breast cancer, leaving 8707 women or 96.7% who did not develop the cancer. 681 of the 26,000 remaining non vitamin takers developed the cancer or 97.4% who did not develop the cancer.

Taken on face value this is a negative study on multivitamin use, however there are limitations to this research:

Officials from the American Council of Science and Health – a consumer education consortium with scientists and physicians on its Board – say that to associate a 19% increased risk of breast cancer with multivitamins by self-reporting over a 10-year period is absurd.
The American Institute for Cancer Research – an organization dedicated to cancer prevention – believes the study is not a reason to stop taking a daily multivitamin. To decrease the risk of cancer, the group advocates a diet rich in vegetables, fruits, whole grains, beans and low in red meat. However, they acknowledge that some women with nutritional deficiencies could benefit from a multivitamin. The UK’s Health Food Manufacturers’ Association states that ideally, vitamins and minerals should be obtained from diet, but surveys show that is just not very probable or possible. They make the point that the wisest decision is to eat both the best food and use the best multivitamin.

Reported in the May 5, 1999 issue of the Journal of the American Medical Association, the Nurses’ Health Study, involving 88,818 women, found that those who drank more than one alcoholic drink per day and took multivitamins gained a protective effect against breast cancer. Scientists note alcohol increases the risk of breast cancer, but folic acid and vitamin B6 – largely consumed in multivitamins – neutralize the risk. Note: Harvard Medical School states that women drinking more than one alcoholic drink per day should get at least 600 mcg of daily folic acid for the protective effect.

Reported in the March 15, 2008 online issue of the American Journal of Epidemiology, the Women’s Health Study monitored close to 38,000 women for an average of 10 years, and found that there was no overall significant association between multivitamin-use and breast cancer risk. The researchers were generally associated with Harvard Medical School.

As naturopaths we are well aware that a sensible nutrition action-plan is to seize the best of both worlds: eat healthy and take a first rate multivitamin. Obtain rich phyto-chemicals from food, and let a top quality multivitamin fill in nutritional gaps. Numerous studies link multivitamin-use to heart health and a decrease in the risk of colon cancer; multivitamins are just too essential to give up. The study was not designed to establish cause and effect, and the researchers themselves agree that the findings do not prove that vitamins are to blame for incidence of breast cancer.

Why compromise with your health? Buy the best and expect the best results.