Top 10 Drugs That Cause Violent Outbreaks

We are told by our doctors that the medicines they prescribe us are "safe, effective and scientifically proven". Thank goodness for Google today, patients can now discover the truth for themselves. That many drugs can cause serious harm. 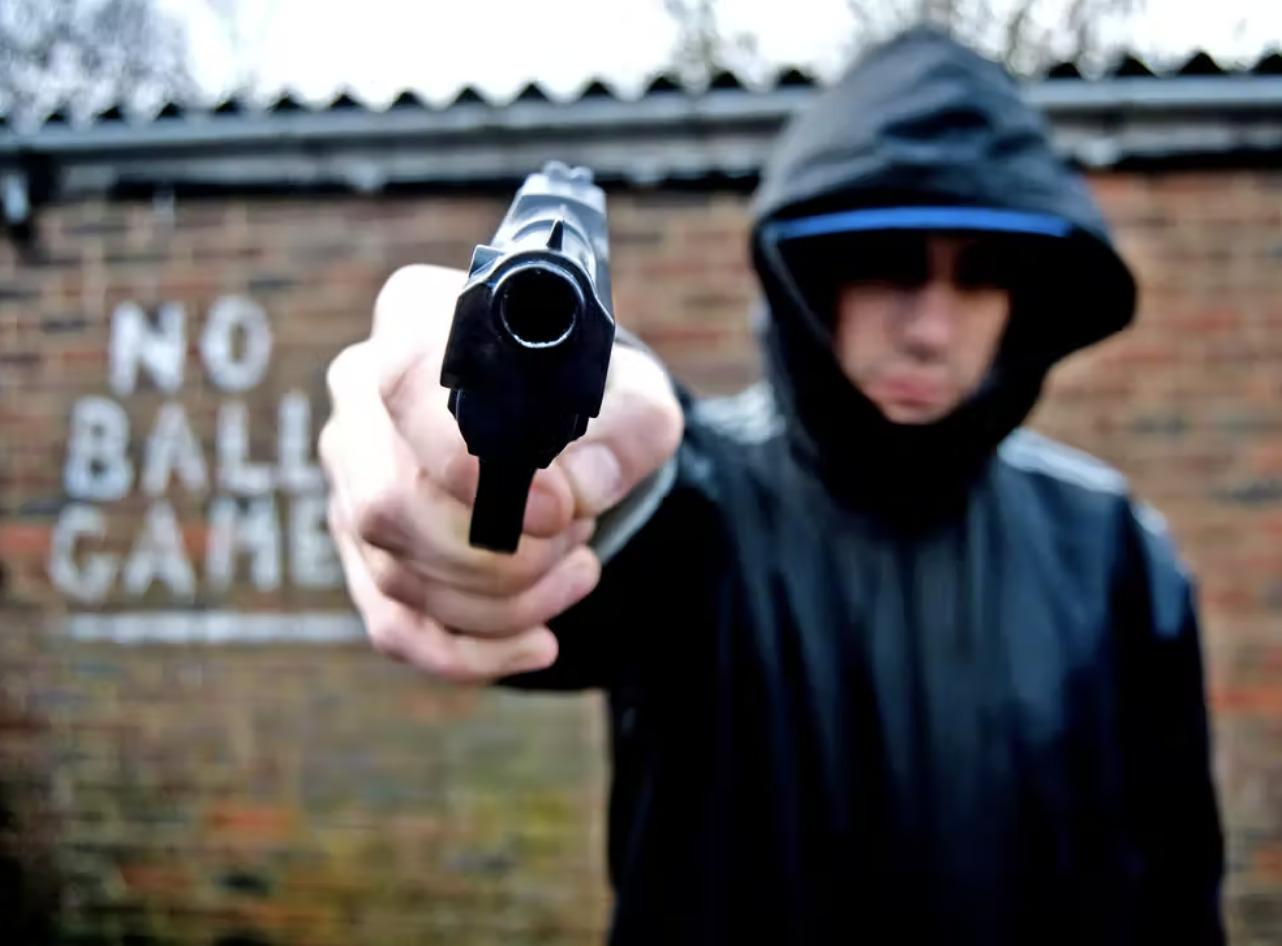 Top 10 Drugs That Can Cause Violent Outbreaks 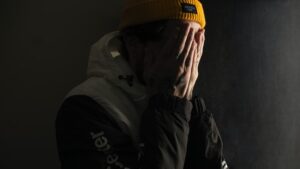 Los Angeles law firm Baum Hedlund believes there needs to be more investigation into the link between psychiatric drug use and mass shootings as an essential step toward understanding the escalating gun violence we are witnessing in America.
How legal drugs affect your mental state is a very important issue that is not getting the attention it deserves. In recent years, prescription rates for antidepressants and related drugs have skyrocketed in both Australia, New Zealand and especially America, where over 300 million prescriptions of these legal drugs are prescribed to people.

In Australia, more than 4.7 million prescriptions for the antidepressant were issued between July 2019 and June 2020.

It is interesting to note that we have many who are quick to discredit naturopaths, homeopaths, chiropractors, and several other therapists who practice alternative forms of healing, citing “unscientific” as a basis for these public attacks when they themselves are involved in evidence based pharmaceutical medicine –  itself responsible and evidential for countless deaths worldwide.

In 2012, around 400 high profile medical doctors, medical researchers and scientists joined forces in a “war against natural medicine” to form lobby group Friends of Science in Medicine (FSM) in order to have “alternative medicine” degrees removed from Australian universities. Up until 1983, the American Medical Association had held that it was unethical for MDs to associate with “unscientific practitioners” and they labelled chiropractic “an unscientific cult”. They also had a committee on “quackery” which challenged what it considered to be unscientific forms of healing.

There is plenty of evidence regarding the futility of Western medicine, and it is even more shameful the the EU is now considering a complete ban on all forms of herbal medicine, and what I find amazing is the the first herbs to get the chop as the ones which are in direct competition with their pharmaceutical analogues. The way to do this is slap compliance fees of more than 100,000 Euros or more on each herb and regulate it like a pharmaceutical drug. 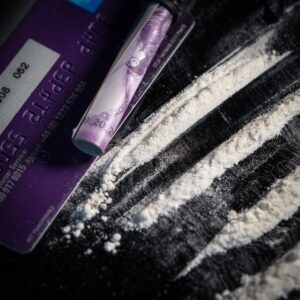 When people consider the connections between drugs and violence, what typically comes to mind are illegal drugs like crack cocaine. However, certain medications — most notably, some antidepressants like Prozac — have also been linked to increase risk for violent, even homicidal behaviour.

A new study from the Institute for Safe Medication Practices published in the journal PluS One and based on data from the FDA’s Adverse Event Reporting System has identified 31 drugs that are disproportionately linked with reports of violent behaviour towards others. (More on Time.com: New Hope For An Anti-Cocaine Vaccine)

Please note that this does not necessarily mean that these drugs cause violent behaviour. For example, in the case of opioid pain medications like Oxycontin, people with a prior history of violent behaviour may seek  drugs in order to sustain an addiction, which they support via predatory crime. In the case of antipsychotics, the drugs may be given in an attempt to reduce violence by people suffering from schizophrenia and other psychotic disorders — so the drugs here might not be causing violence, but could be linked with it because they’re used to try to stop it.

Nonetheless, when one particular drug in a class of nonaddictive drugs used to treat the same problem stands out, that suggests caution: unless the drug is being used to treat radically different groups of people, that drug may actually be the problem. Researchers calculated a ratio of risk for each drug compared to the others in the database, adjusting for various relevant factors that could create misleading comparisons.  Here are the top ten offenders:

– An antidepressant that affects serotonin and noradrenaline. The drug is 7.9 times more likely to be associated with violence than other drugs.

– An antidepressant that treats anxiety disorders. The drug is 8.3 times more likely to be associated with violence than other drugs.

– A selective serotonin re-uptake inhibitor (SSRI) drug that is 8.4 times more likely to be associated with violence than other drugs.

– A benzodiazepine drug for insomnia that is 8.7 times more likely to be associated with violence than other drugs.

– An ADHD drug that is 9 times more likely to be associated with violence than other drugs.

– A malaria drug that is 9.5 times more likely to be associated with violence than other drugs.

– This general class of ADHD drug is 9.6 times more likely to be associated with violence than other drugs.

8. Paroxetine (Paxil, or Aropax in NZ)

– An SSRI antidepressant drug that is 10.3 times more likely to be associated with violence than other drugs. It is also linked to severe withdrawal symptoms and birth defects.

– A popular SSRI antidepressant drug that is 10.9 times more likely to be associated with violence than other drugs.

– An anti-smoking drug that is a shocking 18 times more likely to be associated with violence than other drugs.

New Zealanders are taking drugs at alarming rates, and this will be similar no doubt to the statistics in your country. About 1.2 million prescriptions for antidepressants are now filled each year in New Zealand. One in ten New Zealanders are now placed on mind altering drugs, making them one of the most-prescribed drugs in NZ. But despite all of these prescription drugs being taken, more and more New Zealanders are deemed “depressed”. The statistics alone should be a strong indication that what we’re doing is simply not working, and that instead, these drugs are contributing to other serious health problems—and play a significant role in senseless acts of violence.

Depression (which from a more holistic perspective can be described as un-repaired emotional short-circuiting) can devastate your health and life. However, using antidepressants as the primary or only treatment option is simply not advisable, especially if the one suffering from depression is a child or teenager. Whereas severe depression can indeed progress to suicide if left untreated, antidepressant drugs have been shown to CAUSE both suicidal and homicidal thoughts and behaviours. Your guess as to how many suicides occur in Australia and New Zealand due to these toxic preparations.

Now, a study by The Institute of Safe Medication Practices has identified 31 commonly-prescribed drugs that are disproportionately associated with cases of violent acts. Topping the list is the quit-smoking drug Chantix, followed by Prozac and Paxil, and drugs used to treat ADHD. Chantix is a whopping 18 times more likely to be linked with violence compared to other drugs, with 408 reported incidents. And now Pfizer are doing a “voluntary” recall on Chantix – because it is linked with cancer.
These figures were collected from the US FDA’s Adverse Event Reporting System (VAERS), and it’s well worth noting here that only an estimated one to 10 percent of all side effects are ever reported to VAERS. So the fact that 408 acts of violence were linked to the drug and then actually reported is pretty amazing, considering the fact that the vast majority of side effects, regardless of what they are, are blamed on something else and connections are brushed aside as “coincidental.”
Time Magazine also makes sure to state that these facts and figures do not mean that the drugs cause you to become violent. Rather we are led to believe that depressed people are a naturally violent bunch and they take these drugs to control their destructive moods in the first place, so (apparently) the drug just didn’t work for them.

Personally, I believe that’s wishful thinking at best and irresponsible justification to protect profits for dangerous drugs at worst. In all, five of the top 10 most violence-inducing drugs are antidepressants and two are commonly-prescribed ADHD drugs. When you consider that these are among the most prescribed types of drugs in the Australia and New Zealand, the fact that so many of them are linked to increased rates of violence should be cause for concern.

It’s interesting to note that while many alternative and complementary medical strategies are currently under heavy fire for being “unproven,” we still continue to prescribe drugs that have been scientifically proven to be as effective, or less, than a placebo.

For example, alleged “safety concerns” over herbal medicines and questions about whether or not homeopathic remedies “actually work” have sparked a renewed drive in Europe to get many of these products off the market.

Meanwhile, various studies through the years have found that up to 75 percent of the benefits of antidepressants could be duplicated by a placebo So not only do these drugs not work as advertised, but the evidence is also quite clear that most of these drugs increase your risk of suicide and violence.

Trying to reason this through logically is futile because it’s not based on logic. It’s based on money. Depression and ADHD are near limitless gold mines for pharmaceutical companies. There is no diagnostic test for either of these problems, and literally anyone who exhibits, or claims to have, certain symptoms can be labelled depressed or ADHD and be given drugs to treat the symptoms.

This too is a very important point: antidepressants are modifiers, not cures. They do not in ANY way whatsoever treat the root cause of depression. These drugs act as sedatives or stimulants—they’re NOT actually “correcting” an underlying imbalance. Most of you have probably heard that depression is due to a “chemical imbalance in your brain,” which these drugs are designed to correct. Unfortunately for anyone who has ever swallowed this marketing ploy, this is NOT a scientific statement. 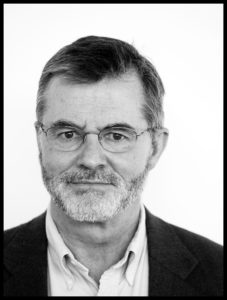 Medical journalist and Pulitzer Prize nominee Robert Whitaker explained the background of this oft-used but deceptive claim in an interview with Dr. Joseph Mercola in 2010.
“The low serotonin theory arose because they understood how the drugs acted on the brain. But it was just a hypothesis borne to try to explain why the drug might be fixing something. They investigated whether people had low serotonin…[But] in 1983, NIMH concluded that there is no evidence that there is anything wrong in the serotonergic system of depressed patients…

So there was never any evidence that people with depression characteristically had low levels of serotonin.”

I think that we need to take a step back and remember that when you’re facing life’s ups and downs there’s nothing wrong with feeling blue now and again. It’s a part of normal life, and in some cases depression is a sign that your LIFE is unbalanced, not your brain!

Increased risk of suicide and violence are not the only risk factors to take into account when considering taking an antidepressant. They can also harm your immune system, and raise your risk of type 2 diabetes by two to three times in high-risk groups.
Worse yet, they can CAUSE or worsen actual mental illness, and can lead to mental decline with long term use…
Robert Whitaker discussed this at length in an interview with Dr. Joseph Mercola and you can also read more about this in his new book Anatomy of an Epidemic: Magic Bullets, Psychiatric Drugs and the Astonishing Rise of Mental Illness in America:

“There are two side effects or risks that really need to be addressed, and that everybody should be thinking about, that show up in the scientific literature,” he said. “The first risk is that you’ll convert from unipolar depression to bipolar depression. … One of the things we’ve seen with the use of the SSRIs is this incredible, extraordinary boom in bipolar diagnoses, and that is definitely tied to the widespread use of antidepressants.

… The second real risk is that there is a lot of evidence compiling [showing] that if you stay on antidepressants for five, ten, fifteen years, there is some real worry with cognitive decline associated with that long term use.”