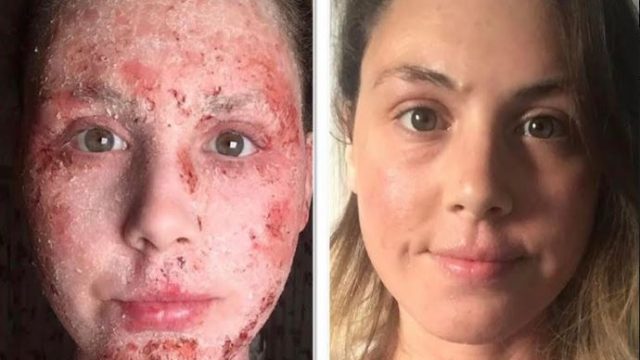 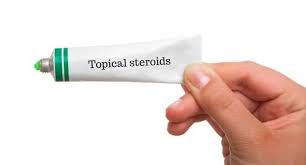 In recent years, topical corticosteroids have become a standard treatment for many skin diseases. Their use is so widespread that many general practitioners will prescribe a steroid rather than make a complete diagnosis. With most self limiting skin conditions, the symptoms disappear from the steroid, the condition resolves on its own, and the patient is happy with the treatment. Problems can arise if the steroids mask the irritation while the condition worsens. In such a case, many doctors will simply prescribe something stronger. Psoriasis, being a chronic condition, usually requires maintenance treatment to keep it under control.

One of the major problems with steroids is called tachyphylaxis, the decreasing effect of the treatment with continual use, requiring ever stronger doses. High dosage can lead to a serious rebound flare if the treatment is stopped abruptly, perhaps when changing treatments. The rebound effect is not just a return of the symptoms, but often a body wide reaction, sometimes much worse than the previous condition.

All dermatologists are well aware of these problems, which are even more acute in children. They will generally recommend a pulse therapy, which includes resting periods or rotating between other non-steroidal treatments. This can help prevent some of the other side effects of steroids, such as thinning of the skin, causing striae or stretch marks, a tendency to bruise easily, and if absorbed systemically, possibly hormonal disruption, osteoporosis, and even psychosis. If they get into the eyes in even small quantities, they can lead to cataracts and glaucoma.

Do not depend on a doctor to alert you to these problems. For whatever reasons, they may not think it is necessary. It is best to get informed about any medication you take, but be sure to ask your doctor about any side effects. Over The Counter (OTC) cortisones are mild compared to prescription products, but they still need to be used with caution.

My advice? Don’t get hooked on these toxic preparations to begin with, and if you do use them – be aware of the long term side effects. There are many natural products which will serve you just as well if not better than steroid creams. It is ultimately your choice – not the doctors or specialist.

Topical Steroids Can Have Severe Side Effects

The following information is for education purposes only, it was never intended to cause any offence or was seeking any publicity from it. On the contrary, my wish is that with increasing awareness, steps can be taken to avoid such tragedy. I’ve witnessed first hand the shocking reality of steroid use and abuse in many different patients presenting to my clinic with many different kinds of chronic skin problems like eczema, dermatitis and psoriasis. 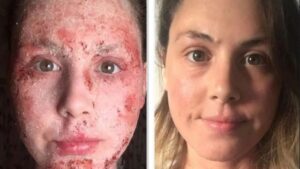 Woman left with ‘lizard skin’ after steroid cream use (overuse) for eczema wants to warn others with documentary. Louise King thought the creams she was using were helping her skin, but they had a devastating effect instead. 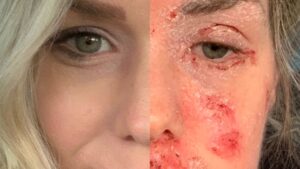 Woman left bed bound for three months after steroid creams left her skin red raw. Samantha Saunder had been prescribed steroid cream for years as her skin got worse and worse. She even had to leave her job to cope with her skin.