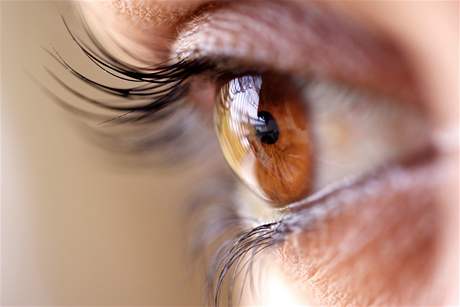 What Is Macular Degeneration?

AMD is a condition caused by the degeneration of the macula. The macula is the central portion of the retina responsible for receiving the fine visual details you can see. Special light sensing cells in the macula convert light into electrical impulses and transfer these impulses to the brain via the optic nerve.
Central vision loss occurs when the photoreceptor cells in the macula degenerate, resulting in “dark spots” in the person’s field of view. While the causes of macular degeneration is not fully understood, evidence from animal studies points to the role of free radical damage from light exposure (lack of protective factors from light exposure) as a major contributing factor. 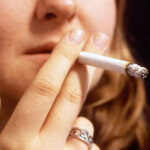 Several of the known risk factors for AMD, including cigarette smoking and light exposure, and appear to be related to what is termed “oxidative stress”. There may be gender differences in macular degeneration risk, as some studies note an increased risk for females.
A large US study found women age 75 and older had a greater probability of developing AMD than men in the same age group. The Eye Disease Case-Control Study in Boston found women with children were at higher risk than childless women.

People with AMD may first notice a blurring of central vision that is most apparent when performing detailed tasks like sewing, reading, or detailed computer work,. As the disease progresses, blind spots form within central vision. The extent of central vision loss varies according to the type of AMD.There are two types of AMD: ‘dry’ and ‘wet’. Dry AMD accounts for about 90 percent of all cases. Vision loss from dry AMD occurs very gradually over the course of many years. Dry AMD can develop into the more severe wet AMD if blood vessels begin to grow pathologically into the macula.
Wet AMD can rapidly cause blindness due to the leakage of blood into the spaces behind the retina. Central vision may even remain stable between annual eye examinations. Individuals with AMD do not usually experience a total loss of central vision. However, vision loss may make it difficult to perform tasks that require finely focused vision. Diseases of the retina such as ARMD are the leading cause of blindness throughout the world among the elderly.
Macular degeneration is devastating to a person, it is a slowly progressive eye disease that eventually leaves the person blind. I’ve seen several patients over the years with age-related macular degeneration (AMD), so I thought it prudent to write about it. If you know somebody with this condition, a family member or friend, this article may be quite timely. This condition is inherited to a large extent, so let’s see what nutritional advice we can offer to help the eyes. Bugs Bunny was right after all.
There is now ample scientific evidence to validate that the intake of certain foods and nutrients may help maintain eye health. In addition to the carrot and vitamin A, for which a role in eyesight is well established, evidence suggests that vitamins C and E and the carotenoids lutein and zeaxanthin may be linked to a reduced risk for age-related eye diseases, in particular, age-related macular degeneration (AMD).
In addition, dietary components such as red wine­, high in important flavonoids, ­and fruits and vegetables high in carotenoids appear to offer added protection. This article will focus on nutritional and herbal intervention of this common eye disease affecting the elderly population. Look to the left, that’s what a person with AMD can see – a spot in the centre of their vision, rather disturbing isn’t it? This disease is a leading cause of blindness.

The Elderly Are Affected 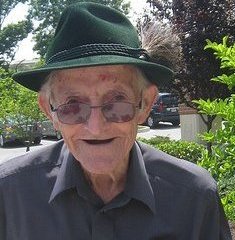 Approximately 25-30 million people are affected around the world by some form of Age-Related Macular Degeneration, ARMD. Approximately 25 percent of 70+ year old adults have some form of AMD. As the average age of the population rises, the number of people with AMD is projected to triple in NZ the next 25 years. AMD is the leading cause of legal blindness in people over 50 years of age in the western world. The annual number of new cases of AMD is similar to the number of prostate and breast cancer cases; however, AMD is not yet considered to be a high priority health issue or a crisis.

Laser photocoagulation therapy is effective in only a small percent of late-stage cases, and whilst laser treatments may aid to halt the process, rarely can one recover lost or damaged vision. Although there are extensive research efforts to find effective treatments for AMD, at this time no proven Western medical treatments exist for this condition. Prevention is therefore of prime importance in reducing the health impact of ARMD on the growing elderly population.

Scientists from around the world are conducting large-scale clinical studies to determine how important nutrition really is in playing a role in preventing or minimising vision loss from AMD. The fruits and vegetables most protective of the retina and macula are: spinach and all the deeply green leafy vegetables. Carrots, which are high in the carotenoid lutein, is found in high concentrations in the retina, especially in the region of the macula. Unfortunately, the problem with produce today in New Zealand, like most of the western world, is the green (premature) harvesting as well as the sprays used, not to mention the depleted soils and several other factors which account from significant nutrient losses in freshly harvested foods today.

Antioxidants enjoy a mutual “recycling” relationship in the retina. Vitamin E, the major fat-soluble antioxidant vitamin in the retina, scavenges what we call “radicals”, which are then reduced by Vitamin C, causing the recycling vitamin E. These two vitamins are particularly important to the ARMD sufferer.Antioxidants including vitamins C and E, and the carotenoids lutein and zeaxanthin, are found in high concentrations in the retina. Vitamin C is found in water portions of cells throughout the retina, vitamin E in the photoreceptor (fatty) outer membranes, and the carotenoids throughout the retina, but especially concentrated in the macula.
Major antioxidant research suggests the critical importance of antioxidants in the prevention of macular degeneration.Individuals with low blood concentrations of carotenoids and antioxidant vitamins were found to have an increased risk for AMD. A study of 976 people, found a high antioxidant regime achieved by vitamins C and E and beta carotene was quite protective for AMD. In 2001, researchers at the Johns Hopkins Medical Institutions in Baltimore reported they had found a reduced risk of advanced age-related macular degeneration and vision loss for test subjects who had been given high-dose antioxidant supplements – vitamins C, E and beta carotene – as well as zinc. “If even half of the individuals at high risk were identified and compliant with the supplements, it is likely that more than 150,000 individuals would avoid vision loss for some considerable time,” said the study published in the November 2001 issue of the Archives of Ophthalmology.
If all the people at risk took the supplements used in the earlier study, more than 300,000 of them would avoid advanced macular degeneration and any associated vision loss during the next five years, the study said.
Supplementation with vitamin E alone resulted in a 13% reduced risk of AMD.  Users of a general multivitamin demonstrated a 10-percent reduced risk.

Minerals and AMD – the importance of Zinc

Zinc is found in relatively high concentrations in the retina, particularly in the retinal pigment epithelium, and plays a significant role in several retinal systems. Low dietary zinc levels appear to be related to an increased risk for developing AMD. Evaluation of 1,968 participants found those in the highest versus the lowest group for dietary zinc intake had a lower risk for developing early macular degeneration.An examination of 114 donor retinas found zinc levels in the macula to have declined by 45 percent in donors over age 70 when compared to donors under age 70. An even greater decline in zinc levels was noted in retinas which showed significant signs of macular disease.
Two large scale case studies in America have demonstrated a significant beneficial effect of a combination of intravenous and oral zinc and selenium in the treatment of macular degeneration. 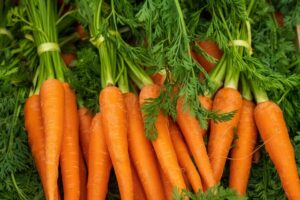 Carotenoids are a family of more than 700 naturally-occurring yellow, red and orange pigments found in vegetables and fruits. Carotenoids are always present in photosynthetic plant tissues, this is the area of the plant that helps the plant convert food and water to energy. Carotenoids absorb the visible light spectrum of the ultra-violet, protecting the plant from light damage.
This physical property is responsible for the characteristic yellow to orange pigmentation of the carotenoids. The foods highest in the carotenoids: egg yolk, corn, grapes, orange juice, zucchini, squash, kiwifruit, orange bell peppers, spinach and other dark green leafy vegetables. The Eye Disease Case-Control Study, conducted at five ophthalmology centers in the United States examined dietary intakes of carotenoids in 356 patients with advanced stages of AMD and 520 control (non-AMD sufferers). Those in the highest carotenoid intake demonstrated a massive 43-percent lower risk for developing AMD compared with those in the lowest group!

A small double-blind trial compared Ginkgo biloba with placebo in 10 patients with macular degeneration. In spite of the small population, statistically significant results in visual acuity were noted in the Ginkgo group. The researchers speculated the effect was primarily due to Ginkgo’s antioxidant effects.

Over the past twenty years particularly, considerable preliminary research has pointed to the potential for dietary, supplemental nutrient, and herbal interventions in the prevention of ARMD. While much of the research on macular degeneration has been based on the study of the disease itself and its treatment medically, many clinical studies have indicated benefit with nutrients such as zinc and herbal medicines such as Ginkgo. Based on the current research, the nutrients or herbal medicines to consider for macular degeneration include carotenoids (particularly lutein and zeaxanthin), vitamins C and E, zinc, selenium, and Ginkgo biloba.
My approach would also include a recommendation for a hair-analysis, a test which reveals your body’s mineral as well as toxic heavy metal levels. Check with your Naturopath. You can then work out if your nutritional mineral intake is sufficient for your requirements, or if you need detoxification. My experience tells me that many people over 50 to 60 years of age show a significant loss in the amount of minerals and trace elements in their bodies. Is it any wonder that these conditions then develop? Prevention is always better than cure.
Blood-testing is important, get checked for homocysteine as well as for fasting cholesterol levels. High cholesterol and homocysteine levels should be reduced.
Since conventional medicine has focused primarily on interventions such as laser therapy, typically utilised after significant retinal pathology is evident, it makes sense to adopt a diet rich in all the about nutrients, as well as supplementing your diet with the appropriate herbs and nutrients. Please consult your health-care professional before taking any medications including herbs or nutrients for your eye.