Grapefruit includes chemicals that may interfere with the absorption of some prescriptions, such as blood pressure and antidepressant medications. It has the potential to leave too much or too little medication in your system, which can be harmful. 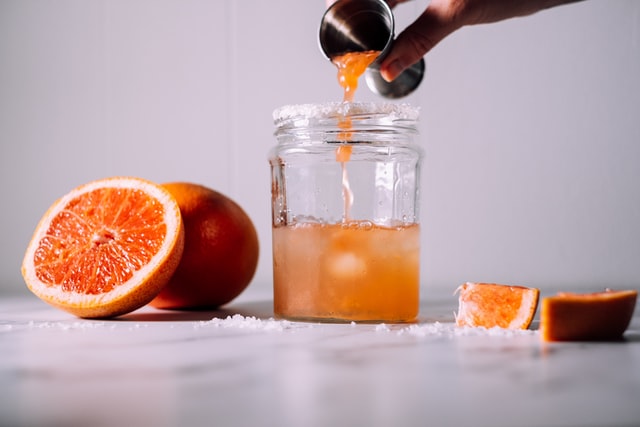 Grapefruit juice can be dangerous for people on certain medications, nurse researchers remind doctors, nurses, and everyone who takes medicine and enjoys grapefruit juice, in a paper in the American Journal of Nursing, a journal of the American Nurses Association. There are many studies online today that support the connection between adverse drug events and the regular consumption of grapefruit juice. 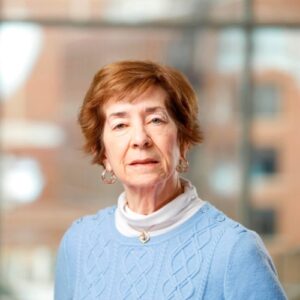 Amy Karch, R.N., M.S., of the School of Nursing at the University of Rochester Medical Centre reported on a man from a northern climate who moved to Florida for the winter – one of tens of thousands of “snowbirds” who head south each winter – and began drinking two to three glasses of grapefruit juice each day. The man became critically ill as a result of an interaction between grapefruit juice and his cholesterol-lowering medication.

Karch’s paper, “The Grapefruit Challenge: The juice inhibits a crucial enzyme, with possibly fatal consequences,” appears in the December 2004 issue of the journal.

“The potential of drug interactions with grapefruit juice has been out there a long time, but most people just aren’t aware of it,” says Karch, a clinical associate professor of nursing. “There is so much information bombarding people all the time that many people may have heard this but forgotten it. But the problems can be life-threatening.”

The patient profiled in Karch’s article had high cholesterol and other risk factors for cardiac disease. The doctor put the patient on atorvastatin (Lipitor), and the patient began dieting and exercising. Two months after the patient went to Florida for the winter, he suddenly had muscle pain, fatigue and fever, and went to the emergency room. The patient ended up going into kidney failure and ultimately died.

The only major change in the person’s lifestyle had been that, upon arriving in Florida, he began picking grapefruit off a tree on the patio and drinking two or three glasses of fresh grapefruit juice every day.

Karch, an expert on drug interactions, explains that grapefruit juice is one of the foods most likely to cause problems with drugs, because it is metabolized by the same enzyme in the liver that breaks down many drugs. The cytochrome P-450 3A4 enzyme breaks down grapefruit juice into useful components for body, just like it breaks down dozens of medications. Karch says when the system is overloaded, the grapefruit juice can “swamp” the system, keeping the liver busy and blocking it from breaking down drugs and other substances.

In 2012, a group of experts at the Lawson Health Research Institute said that 43 pharmaceuticals have “severe side effects” when consumed with grapefruit, and that over 85 drugs interact with grapefruit. Anti-depressants, anti-cancer, anti-nausea, and anti-infection treatments are among the medications on the list. Antidepressant drugs are a common class of medication that can be very much affected when you drink grapefruit juice every day. Check in with your doctor.

Drugs that use the same pathway and interact with grapefruit juice target some of the most common health problems doctors see today. The list comprises over 50 medications, including some drugs used to treat high cholesterol, depression, high blood pressure, cancer, depression, pain, impotence, and allergies. 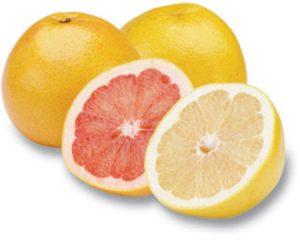 The consequences of an interaction depend on the drug involved. A person on an anti-depressant might have too much or too little energy, depending on the specific medication. Someone on antibiotics might end up with diarrhea or could be ill longer than usual because some drugs won’t work as well as they should. A heart patient might not get the lowered blood pressure that a medication should deliver, or the heart’s rhythms might become irregular if an anti-arrhythmia drug can’t do its job. The juice could also affect the effectiveness of a woman’s hormone-replacement-therapy medication.

The most severe effects are likely with some cholesterol-lowering medications, Karch says. While the liver devotes its resources to grapefruit juice, the medication could build up to dangerous levels, causing a breakdown of the body’s muscles and even kidney failure. This is likely what happened to the patient discussed in the article, Karch says.

To prevent such problems, Karch repeats what doctors and nurses tell their patients every day: Read a medication’s warning label carefully. If an interaction with grapefruit juice is possible, the patient should stop drinking the juice until speaking with his or her doctor. Sometimes, it might be possible to switch a patient to a different drug without the risk; in other cases, the patient might simply have to give up grapefruit juice.

She says that more people than usual are vulnerable at this time of year, because losing weight is among the most popular New Year’s resolutions, and some diets are built around drinking lots of grapefruit juice.

Karch’s paper is the latest in a column the journal devotes to “practice errors,” where nurses report unusual clinical problems and Karch looks into how widespread the problem might be. Last year, she also reported that nurses had found that some types of skin patches could catch on fire when patients receive magnetic resonance imaging (MRI) scans.

Drugs that Interact with Grapefruit Juice:

(from the December 2004 issue of the American Journal of Nursing)