Gout is a type of arthritis marked by extreme joint pain, redness, and tenderness. Gout is caused when too much uric acid crystallises and accumulates in the joints, it causes extreme pain, redness, and swelling in joints, most commonly the big toe. Attacks can happen out of nowhere, typically at night. 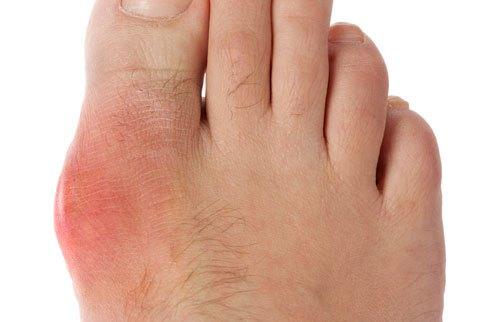 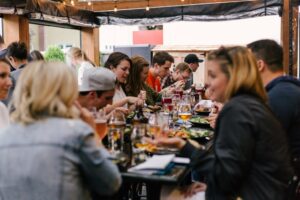 Gout is one of those conditions which can be aided considerably with a change in diet and lifestyle, and is a form of arthritis which is normally associated with “high living”. This condition causes a rather painful accumulation of crystals of uric acid around the joint. I have seen many gout patients over the years, and I think I have seen one or two a women over the years in my clinic complaining of this rather painful condition.
I can still remember the first gout patient I ever saw, I was practicing in the student clinic in the 90’s. A male aged mid forties came in complaining of a very painful right ankle and big toe. He was a mechanic who enjoyed a beer, in fact he said: “Eric, I’ll do anything you suggest, I won’t be stopping my beer however, but I can’t live with this pain anymore”.

A gout attack of pain usually strikes unexpectedly, but generally subsides in a few days with treatment. However, some guys can experience pain for several weeks with gout attacks often re-occurring and without the correct management the attacks of pain may become more frequent and can be very debilitating indeed. You should contact your doctor if really severe pain in a joint recurs or lasts more than a few days, especially if the pain is accompanied by chills or fever. Now let’s have a closer look at gout, what it is and what causes it and more importantly, how we can help the gout patient with some good natural medicine suggestions. 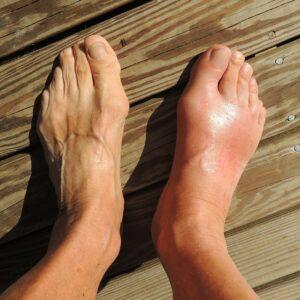 Gout is regarded as a form of rheumatism and is one of the most painful forms of arthritis. There are different types of arthritis such as osteoarthritis, the “wear and tear” arthritis of the larger joints like hips, knees, back, etc. Then there is rheumatoid arthritis which is the inflammatory (heat) arthritis affecting the smaller joints generally like the writs, fingers, etc. And then there is gout, what I call the “red-blooded male’s arthritis”. I can remember reading a book awhile ago about the era of the large ocean going vessels such as the Endeavour during the golden age of discovery. Many officers on board such vessels suffered terribly from gout. Mind you, they were the commanding men who drank plenty of rum and ate plenty of beef with lashings of gravy. So what has changed? Blokes still like to command, drink rum and coke or cold beer, and eat hot steaks and what red-blooded guy doesn’t? I have never seen a committed vegetarian suffering with gout, and very much doubt they even exist in this country.

Approximately 70% of gout patients have an overproduction of uric acid, the remaining 30% of gout patients have a poor elimination of uric acid, therefore it makes sense to eat fewer foods which help to produce uric acid, and improve uric acid elimination by way of the kidneys. Uric acid is a by-product of the breakdown of certain foods in the body, and gout was once considered to be closely related just to diet. It is now understood that inheriting a problem with uric acid excretion from the body is probably one of the most common reasons for gout to occur. Improving a person’s kidney function as much as possible has helped many gout sufferers I have seen over the years. Uric acid is the end product of the metabolism of chemicals called purine that are found in many foods. Purines are also found naturally in the body, and normally, the body disposes of excess uric acid via the urine, but in people with gout uric acid accumulates in the body. This can be due to reduced excretion of uric acid by the kidneys or to overproduction of uric acid by the body. This accumulation of uric acid may also cause kidney stones, and it doesn’t take a rocket scientist to work out that you need to improve the kidney function as much as is possible to help the patient overcome gout.

How come gout hurts, where does all that pain come from? Simple, when the uric acid accumulate in the blood and tissues it can crystallise out into a joint, forming a multitude of tiny, jagged, needle-shaped crystals. This triggers an intense inflammatory response that causes a painful arthritis attack called a gout attack. Have you ever stood on a pin or a needle, perhaps some broken glass and got annoyed and irritated by this? Then you will know how a gout sufferer will feel – they can be most irritated and annoyed like a child who has just stood on a pin cushion.
Pain has a way of bringing out the worst in many people As I mentioned, gout commonly strikes the big toe, but other joints can be affected, including the instep, ankle, knee, wrist, elbow and fingers.
Acute pain is generally the first symptom and then the affected joint becomes inflamed (almost infected-looking): red, swollen, hot and extremely sensitive to the touch.
I have many times seen a case of gout in the clinic that the patient’s doctor referred to as “osteoarthritis”, when in fact it had all the makings of gout. Signs and symptoms such as a needle-like pain affecting the small joint, male patient who enjoys alcohol drinker, crayfish and roe (fish eggs), enjoys BBQs and steaks, etc. Common things happen to people commonly.

The John Wayne School of Health 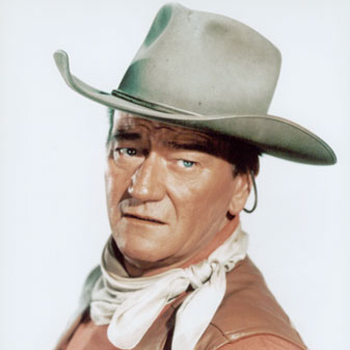 The funny thing with guys is, you see them once then you don’t tend to see them again in the clinic. I believe that it is purely the pain that brings them ultimately to see the practitioner. This is especially so for some larger guys I have seen where the pain was not helped to a large degree by the standard gout drugs, and then there is much more of an urgency to that appointment. I have often said that there is nothing more than a high degree of pain to bring a guy to your room as a patient. If you are a regular reader of my column, you may recall that I have often said that males belong to the “John Wayne School of Health”: “I’ll be alright, there’s nothing wrong with me, and I’ll just get right back on that horse and keep on riding”.
I can recall in one Western that even John Wayne himself went to see a doctor when the pain of a rather large shotgun blast in his shoulder was preventing him from actually getting on his horse, and even then the doctor’s visit seemed was under duress.
Good thing that, the pain, it may be nature’s way of getting guys off their horses and into clinics. If a woman experiences pain, let’s say one out of a scale of ten – then she is off to get it investigated. She tends to be much more proactive, is it any wonder a woman will live longer than a man. Males tend to wait until the pain moves from four to five out of ten, and even then, the visit is seen as an inconvenience. I know, I’m a male 😉
If a man would only start to improve his gout when he experiences the pain at a level of one out of ten, then he will find it a lot easier to turn gout around than when the pain is nine out of ten. This is because at low occasional pain levels, gout is not quite a disease process yet, it is a functional disturbance which can be much more easily corrected. An appointment with the naturopath at this stage will reveal that the man will probably be eating and drinking the wrong foods contributing to the progression of his gout, all he needs at this stage is a change of diet and an improvement in his kidney function to help the clearance of uric acid. Better still, if his blood can be cleansed with appropriate treatment such as a detox process, he will feel much better, reducing and even possibly eliminating his chances of developing full-blown gout.
A visit at high pain levels will only be sought in terms of pain relief, and there will be pathology or disease present. And the stronger the pain, the more urgent will be the pain relief naturally. Seriously bad gout pain can make the biggest blokes cry like the biggest babies, I have seen this on one occasion when a tough Aussie male burst into tears as he told me that even the thin sheet at night on his big toe was excruciatingly painful. This guy was into cold beer and hot pies and had plenty of both, the tears were real and no laughing matter folks! 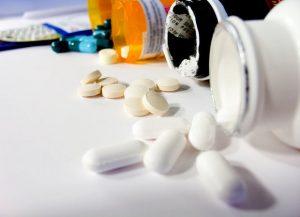 These cases are harder to turn around because all the focus is purely on strong pain control. Supplements may work, but are not as powerful as pharmaceutical drugs when it comes to pain control, hence the reason why we only see the gout patient once. The drugs which control pain wreck the person’s digestion in time, that’s the real problem and the stark reality. And the underlying problem is not really sorted either, the offending ways continue and so does the gout. So convenient, just switch off that pain. Interesting if we compare the recent financial crisis which was due to “extending credit”, I think medicine is going down the same path until we end up with the upcoming “health crisis” globally which will be due similarly to extending credit of a different nature. You temporarily solve a problem by taking away the pain but create the long term crisis and avoid treating the real underlying causes. I have to admit, this is one area in which natural therapists fail – strong pain control. We are the preventative medicine experts. Acupuncture will have some benefit here, but many patients are just not keen on the needles. Herbs or supplements? Not really, drugs do work well but why wait until you need strong pain relief is my question, why not address conditions like gout BEFORE you require the strong solution? 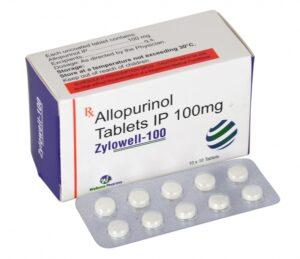 Allopurinol is the pharmaceutical drug of choice used in long-term prevention of gout and decreases the body’s production of uric acid. People experiencing gout attacks should, however, avoid medications containing aspirin as these can make gout worse. Pain relievers such as paracetamol or other more powerful analgesics, are often used to manage the pain. Anti-inflammatories, such as non-steroidal anti-inflammatory drugs (NSAIDs), are used to decrease joint inflammation and reduce the pain. If NSAIDs cannot be given because of an ulcer, your doctor may use colchicine may be used to settle an attack. I have found the homeopathic Colchicine (30c) can be very useful for the gout patient instead of this drug. Do you take a “water tablet” or a diuretic? Pharmaceutical diuretics may cause gout in people who are genetically predisposed to gout by increasing the accumulation of uric acid within the body.
Resting the joint, possibly in a splint, and applying ice packs may help. Ice is a great acute gout treatment which I highly recommend.

Prevention needs to be the focus of your attention, and in my opinion is equally as important as treating the gout.

Foods That Cause Gout