Are your children over caffeinated? 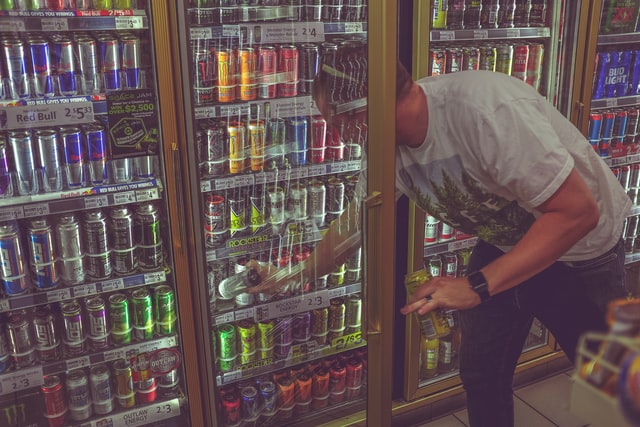 Too Much Caffeine For Kids

There is a real concern kids are knocking back far too much caffeine. A risk profile on caffeine by the New Zealand Food Safety Authority has found energy drinks and shots contain too much for young teens. The popular beverages can contain twice the 80 milligrams of caffeine that is found in a single shot espresso coffee. My thoughts on energy drinks?

Energy drinks in a relatively short period of time have become a very popular drink containing more than twice as much caffeine as the average flat white. The “energy shot” is the latest weapon in the energy drinks war. An NZ company launched an “energy product” in May 2009 with the company’s director predicting that the potential market turn over as much as $1 billion a year. Unbelievable, but he energy drink market in USA has exceeded 3 billion dollars a year.
The trend has been the source of growing concern among health researchers and school officials. Around the world, energy drinks have been linked with reports of nausea, abnormal heart rhythms and emergency room visits. Public Health advisor Donald Campbell says teenagers’ bodies are just too small to handle such high doses of caffeine. Mr Campbell says effects include dizziness, rapid heartbeat, irritability, anxiety, tremors and insomnia.
Energy drink manufacturers have already “supersized” cans and raised caffeine contents right up to their maximum legal limit in a bid to maintain their share of this highly competitive market. But the moves have raised concern among teachers and dieticians about the effects of such drinks on children. What is stunning is that a 60 ml shot of a popular energy “hit” at the supermarket counter can contain 200mg of caffeine and is being marketed as “a dietary supplement”, whilst the average flat white contains 80-100mg.  Most energy drinks are classed as “formulated caffeinated beverages” and limited to 320mg of caffeine per litre by the NZFSA (New Zealand Food Standard Authority).
I personally have grave concerns about children’s brain and nervous system development and how caffeine affects their developing bodies and have seen the results first hand in the clinic, with parents calling or emailing me about the behavioural changes seen in teens hooked on caffeine. A good friend of mine developed a high quality mobile water purification unit (reverse osmosis) some years ago and gave one to a leading high school in the North Island on loan for a few months.

The principal was delighted, with reports from teachers that nearly all the children were queuing up to refill their water bottles for free with the lovely pure water and were not having to purchase cola drinks from the vending machine in the canteen. Absenteeism was down, the children were concentrating better and were even displaying less rowdy behavior. After about six weeks however, the major cola company called on the principal to ask for the machine to be removed or legal proceedings would follow as their sales were down significantly. Within weeks the children were back to drinking the fizzy black poison once again, absenteeism was up, children were less able to concentrate in the classroom and fights and rowdy behaviour ruled the playground once again. If we load children up with a drug that has a powerful affect on their nervous system how can we expect anything but?Does you child drink an energy drink? Then learn to say “NO” to energy drinks, I have always classified fizzy drinks as “liquid poisons” at home, and my children only drink water or dilute fruit juices like I did as a child. I have preached for years about the perils of rotten teeth, fat bellies and wrecked tummies and digestive systems resulting from these highly refined sugar laden beverages. That is not to say that they never consume a fizzy drink, they have become aware that regular and daily consumption of these “drinks” results in the eventual decline in health. Sorry folks, I’d rather you have a cup of good quality coffee than a fizzy drink any day, these soda drinks have absolutely no place in a health conscious person’s diet. Here are more of my thoughts on caffeine