Cervical abnormalities generally have no symptoms. Your healthcare professional may diagnose you with cervical dysplasia after identifying abnormal cells during routine checkups, which include a pelvic exam and Pap smear test. Then, a course of treatment can commence before they become malignant. If the cause is HPV infection, it can be cleared by the body on its own in some situations. 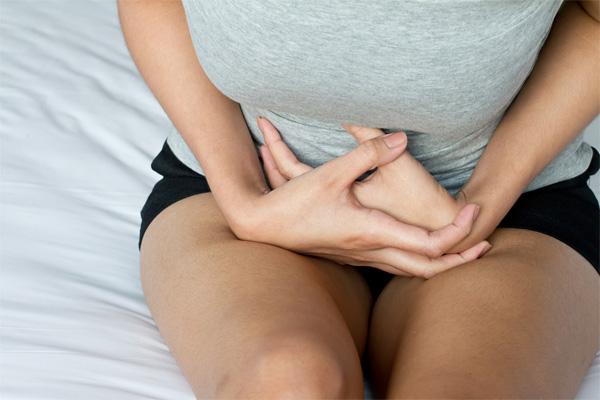 What Is Cervical Dysplasia?

Many females I have seen over the years have told me about their concerns about having abnormal pap smear tests. Are you one of these women? Let’s have a look at your best solutions for this all too common complaint we see in women mostly aged from 25 to 35. It is interesting to note that on average less than 5% of all Pap smear test results find cervical dysplasia.
If a Pap smear comes back abnormal, the next step is often to have a colposcopy. A colposcopy is an “in-office procedure” that allows a doctor to examine the cervix more thoroughly. Depending on the findings, a cervical biopsy may be performed. Once cervical dysplasia is confirmed, treatment will vary, depending upon the severity. Don’t rush off and make rash decisions with cervical dysplasia. You do have natural options, and in my opinion if you follow the nutritional advice below your next smear will be fine.

Cervical abnormalities generally have no symptoms. Your healthcare professional may diagnose you with cervical dysplasia after identifying abnormal cells during routine checkups, which include a pelvic exam and Pap smear test. Then, a course of treatment can commence before they become malignant. If the cause is HPV infection, it can be cleared by the body on its own in some situations.

Cervical cancer symptoms normally don’t show up until aberrant cervical cells are malignant and infiltrate any adjacent tissue. Abnormal bleeding that occurs between regular menstrual periods or after sexual intercourse, douching, or a pelvic exam is the most prevalent sign.

Other signs and symptoms of cervical dysplasia could include:

It is important to note that cervical dysplasia is rarely accompanied with symptoms. Instead, if abnormal cells are discovered during a routine Pap screening, your healthcare professional may diagnose you with cervical dysplasia. Vaginal spotting or spotting after intercourse may occur in certain persons.

There are 3 stages of cervical dysplasia:

While the cause is unknown, a number of risk factors have been identified.

Studies have shown that smokers and drinkers are at a higher risk of cervical dysplasia, it is thought partly because they are deficient in folic acid, Vitamin C and zinc. In my experience, they also have a tendency to eat more refined and processed foods devoid of the crucial nutrients responsible for optimising cervical health. I’ve found often that those who both smoke and drink alcohol tend to eat a less than a healthy diet, perhaps with a token of greens on their plate at night. 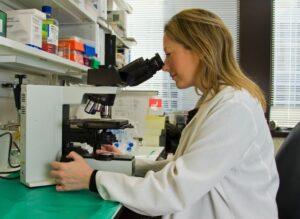 There is a lot of fear associated with the diagnosis because of the association between cervical dysplasia and cervical cancer. The majority of women with cervical dysplasia do not go on to develop cancer, and most low cell grade smears revert to normal, particularly with effective the natural treatment.

However, cervical dysplasia should not be ignored, it is a pre-cancerous condition which indicates that the cells of the cervix are changing and may eventually become cancerous if left untreated. What is the cell grading after your smear test? Higher grades can indicate higher abnormalities, although the Pap smear accuracy is still somewhat controversial. If your test results have initially come back positive for cervical dysplasia, you should request another Pap smear to rule out the possibility of a “false positive” test. True, I have seen this on so many occasions, an initial test was “positive” and a further test was “negative”. Don’t get paralysis from analysis!

How Fast Does Cervical Dysplasia Progress?

Mild to moderate cases of dysplasia often require no treatment. A “watch and wait” approach is often taken. With this type of treatment, a colposcopy/biopsy is normally done every six to 12 months to see if the dysplasia is clearing up on its own or progressing. Why wait? Change your diet and lifestyle NOW and you will find in most all cases that your cells will return to normal. Cervical dysplasia if left untreated or undiagnosed increases the risk of developing cervical cancer.

1. Folic acid. The cervix is an area of your body with a high turn-over of cells, just like your mouth and gums, and it is an area which responds very well (and very quickly) to superior nutrition. Make sure you eat plenty of dark leafy greens, and as fresh as possible. This will ensure you get folic acid, which happens to be the most important vitamin to reverse an abnormal smear. Folic acid deficiency may increase the risk of CD and large dosages of supplemental folic acid (up to 5,000 micrograms (5 mg) per day for 12 weeks) in my clinical experience often reverses CD, even in the highest of grades. Lower doses (such as 400 mcg  – 1 mg/day) may help prevent the development of cervical dysplasia in women infected with human papilloma virus (HPV). So, eat greens daily (lightly steamed or raw) and take folate.

2. Indole-3-carbinol (I3C): A “double-blind” study in patients with cervical intraepithelial neoplasia (CIN), supplementation with I3C at a dose of 200 or 400 mg/day for 12 weeks induced complete regression in over 50% of cases. Both doses were of similar efficacy. (no patients in the placebo group had any regression). The lower dose (200 mg/day) can be obtained by eating about 200g of raw cabbage or Brussels sprouts per day.