With cancer, there is a tendency for many people to believe that all natural medicines and herbal medicines are harmless, whilst the general medical consensus is that it is very wrong to mix any natural medicines with conventional chemotherapy and radiotherapy treatment. I feel that both of these views are equally incorrect. Let's look at the four best herbal medicines for cancer when it comes to research. 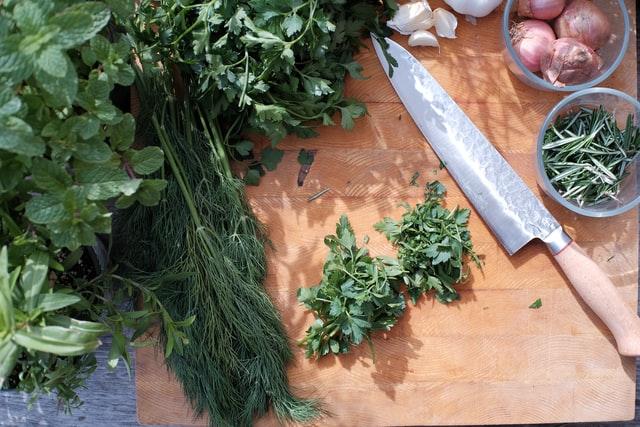 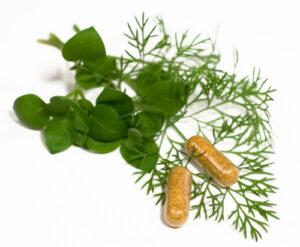 A 2009 study published  found more than half took herbal medicines or a nutritional supplement. The survey also revealed that fewer than half those taking natural medicine had discussed this with the doctor! Cancer patients need reassurance, and need to avoid judgements and criticism of their health care choices. I have had
With cancer, there is a tendency for many people to believe that all natural medicines are harmless, whilst the general medical consensus is that it is very wrong to mix any natural medicines with conventional chemotherapy and radiotherapy treatment. I feel that both of these views are equally incorrect.  The problem today, even with increasing interest in natural medicine, is that doctors just don’t have the expert knowledge (or time) required to deal with potential risks when patients are mixing conventional treatment with alternative medicine.
The same holds true with many natural medicine providers, who lack sufficient training in pharmaceutical drug based medicine to understand the interplay between chemotherapy drugs the cancer patient has been placed on, and the herbs or supplements they are recommending for this same person. For these reasons, I feel that it is important to share some of my own personal findings and clinical experiences in the herbal treatment of cancer. The following “fab four” herbs are what I believe to be some of the best in our business in the treatment of cancer.
Please bear in mind that all herbs contain active substances that can trigger side effects and interact with other herbs, supplements, or pharmaceutical medications. For these reasons, herbs should be taken with care, particularly with cancer, and then preferably under the supervision of a practitioner knowledgeable in the field of herbal medicine. What I do for cancer patients is to make up a blend of the following ‘fab four’, depending on the individual requirements. I only purchase the best quality, and prefer liquid herbs to tablets or capsules. 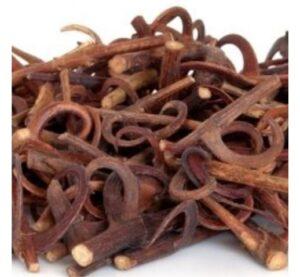 Beginning in the 1970s and continuing through today, studies conducted at research facilities in Peru, and around the world suggest that Cats Claw (Uncaria tomentosa) may be quite beneficial in the treatment of cancer. Cat’s claw may well be helpful in reducing the side effects of radiation and chemotherapy associated with cancer treatments.
Caution: Cat’s claw should not be combined with hormonal drugs, insulin, blood thinners like warfarin, or vaccines.
Uses:  Get the real McCoy first. Start low and build up. This is a potent herb for some, you will need to experiment to see if you can tolerate it. Not the best tasting herb. 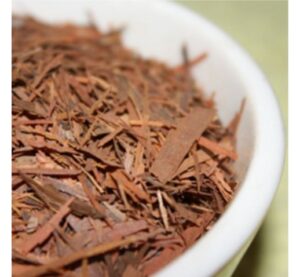 Pau D’arco (taheebo) contains a substance called lapachol, which is a recognised anti-tumour agent, and was first used by the Inca Indians of South America over 1,000 years ago. This herb is still used today by the descendants of the Inca medicine men, to cure cancer and many other chronic diseases. Pau D’ Arco has been linked to the inhibition of the metastasis of breast cancer. Pau D’ Arco has also been reported to be capable of curing Hodgkin’s disease, according to anecdotal reports. In one trial, a prescription of lapachol (20 to 30mg/kg body weight/day) caused shrinkage of tumours and a reduction in pain for 9 patients with cancer who were participating in a small clinical trial.
Three patients ceased the treatment due to the nausea and vomiting; the other experienced no significant side effects. Three patients did experience complete remissions. One of the few clinical studies on pau d’arco for use as a cancer treatment done in 1980 in South America showed that this herb reduced most of the symptoms, particularly the pain, in people with various types of cancer. When researchers at the National Cancer Institute in America studied Pau D’Arco for use as a cancer treatment, they found that it contained only moderate tum or-inhibiting abilities, but did produce a definite immune response.
Pau D’ Arco also has significant anti-fungal properties and has had several studies confirming its effectiveness for treating candida albicans. I find Pau D’ Arco to be a first rate blood purifying herb, and it can be used for a wide variety of conditions including candida albicans, colds, flu and it has the potential as a topical treatment for fungal skin infections, skin cancers, as well as varicose ulcers.
Caution: Apart from anticoagulant drugs like warfarin or heparin, there are no reports in the scientific literature to suggest that Pau D’Arco interacts with any conventional medications.
Uses: Can play up on the gut, give it a go and adjust the dose according to your nausea, although not as bad as the cat’s claw in this respect. The tea is great, you can drink this herb as a tea 2x daily, flavour with a little honey. 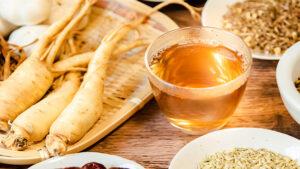 For patients going through chemo or radiotherapy, Siberian ginseng would be very useful herb to consider indeed. In conventional cancer therapy, the immune defences are weakened and Siberian ginseng offers a better tolerance to such treatments. This herb is known as an ‘adaptogenic’, which means that it increases the body’s resistance to physical, environmental, emotional and biological stressors, promoting normal physiological function. When you go through conventional oncology treatment with your cancer, you can easily become stressed, tired, find it hard to cope and may even have depression. Is it any wonder? If the cancer isn’t already enough to cope with, you feel helpless and want emotional and physical support before, during and after chemo & radiotherapy.
Whilst Siberian ginseng (Eleutherococcus) has not been proven to have any direct effect on cancer cells, it can increase general resistance and improve side effects resulting from chemotherapy and radiation. In Russia in 1964, a liquid tincture of Siberian ginseng was given to 38 people with similar types of cancer of the mouth an hour before they went through 2 weeks of radiation therapy. They experienced numerous benefits, including better sleep, an improved appetite and even a renewed interest in life, as well as normalisation of blood pressure, pulse and breathing rates. Also, the wounds that resulted from the cancer healed approximately one month before those of the people in a similar group not taking the herb. The researchers concluded that Siberian ginseng can counter the harmful effects of radiation treatment and increase the rate of healing. In 1966, another Russian experiment showed that Siberian ginseng decreased the toxic effects of chemotherapy used to treat breast cancer. NZ Doctors take note!
Uses: This herb is particularly good for those wanting straight oncology treatment, and who want good herbal support. Also a good option if you want to combine therapies. It will help you cope with conventional treatment better than most herbs I know. You can dose higher on this one than the other three herbs we have mentioned. Can take alone, or works well with other herbs. 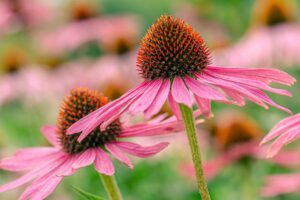 Not only is echinacea beneficial in the prevention of infection from viruses and bacteria, it is also beneficial in cancer treatment. Like the other herbs which I have profiled for cancer, no conclusive evidence has been found that using echinacea for long periods of time is detrimental or contraindicated in cancer therapy. A few patients, out of many hundred I have recommended echinacea have reported mild cases of dermatitis, although this is very rare.
Studies have shown that patients with inoperable liver cancer, who were receiving a combination of cyclophosphamide (a toxic chemotherapy drug) and who were treated with echinacea, experienced a dramatic reduction in side effects associated with the chemotherapy, an enhanced quality of life, improved immune functions, and a significant rise in natural killer cell activity. Echinacea may stimulate the production of NK Lymphocytes in leukaemia patients and has even been found to prolong the life span of leukaemia patients. This herb affects the immune system in three unique ways, and according to Kerry Bone, one of the world’s most respected and experienced herbalists, is a good adjunct therapy in cancer.
Uses: As an adjunct, a good herb to help support other cancer herbs – stimulates the immune system, watch out for the ‘tingly mouth’.