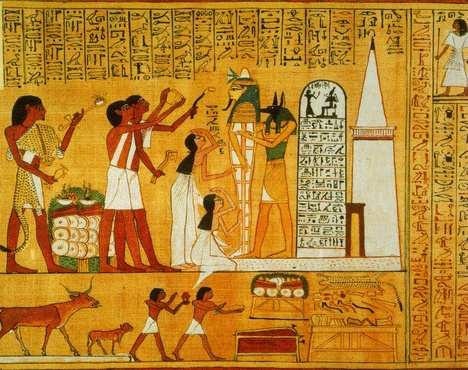 Cancer Is A Disease Of Modern Civilisation

Cancer is purely man-made say scientists after finding almost no trace of disease in Egyptian mummies.

Cancer is a man-made disease fuelled by the excesses of modern life, a study of ancient remains has found. Tumours were rare until recent times when pollution and poor diet became issues, the review of mummies, fossils and classical literature found. A greater understanding of its origins could lead to treatments for the disease, which claims more than 150,000 lives a year in the UK. Scientists found no signs of cancer in their extensive study of mummies apart from one isolated case 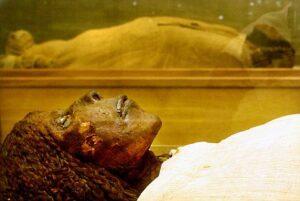 Scientists found no signs of cancer in their extensive study of mummies apart from one isolated case Michael Zimmerman, a visiting professor at Manchester University, said: ‘In an ancient society lacking surgical intervention, evidence of cancer should remain in all cases.

‘The virtual absence of malignancies in mummies must be interpreted as indicating their rarity in antiquity, indicating that cancer-causing factors are limited to societies affected by modern industrialisation.’

To trace cancer’s roots, Professor Zimmerman and colleague Rosalie David analysed possible references to the disease in classical literature and scrutinised signs in the fossil record and in mummified bodies. Despite slivers of tissue from hundreds of Egyptian mummies being rehydrated and placed under the microscope, only one case of cancer has been confirmed. This is despite experiments showing that tumours should be even better preserved by mummification than healthy tissues. Dismissing the argument that the ancient Egyptians didn’t live long enough to develop cancer, the researchers pointed out that other age-related disease such as hardening of the arteries and brittle bones did occur however.

Fossil evidence of cancer is also sparse, with scientific literature providing a few dozen, mostly disputed, examples in animal fossil, the journal Nature Reviews Cancer reports. Even the study of thousands of Neanderthal bones has provided only one example of a possible cancer.
Caricaturist James Gillray illustrated the taking of snuff, which appears in first reports in scientific literature of distinctive tumours of nasal cancer in snuff users in 1761 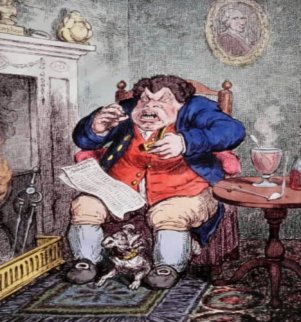 Caricaturist James Gillray illustrated the taking of snuff, which appears in first reports in scientific literature of distinctive tumours of nasal cancer in snuff users in 1761

Evidence of cancer in ancient Egyptian texts is also ‘tenuous’ with cancer-like problems more likely to have been caused by leprosy or even varicose veins.

The ancient Greeks were probably the first to define cancer as a specific disease and to distinguish between benign and malignant tumors. But British professors said it was unclear if this signaled a real rise in the disease, or just a greater medical knowledge.

The 17th century provides the first descriptions of operations for breast and other cancers. And the first reports in scientific literature of distinctive tumors only occurred in the past 200 years or so, including scrotal cancer in chimney sweeps in 1775 and nasal cancer in snuff users in 1761.

Professor David, who presented the findings to Professor Mike Richards, the UK’s cancer Tsar and other oncologists at a conference earlier this year, said: ‘In industrialised societies, cancer is second only to cardiovascular disease as a cause of death. But in ancient times, it was extremely rare. ‘There is nothing in the natural environment that can cause cancer. So it has to be a man-made disease, down to pollution and changes to our diet and lifestyle. ‘The important thing about our study is that it gives a historical perspective to this disease. We can make very clear statements on the cancer rates in societies because we have a full overview. We have looked at millennia, not one hundred years, and have masses of data.

‘Yet again extensive ancient Egyptian data, along with other data from across the millennia, has given modern society a clear message – cancer is man-made and something that we can and should address. Dr Rachel Thompson, of World Cancer Research Fund, said: ‘This research makes for very interesting reading.

‘About one in three people in England will get cancer so it is fairly commonplace in the modern world. Scientists now say a healthy diet, regular physical activity and maintaining a healthy weight can prevent about a third of the most common cancers so perhaps our ancestors’ lifestyle reduced their risk from cancer.’