Brain fog can be commonly caused by excessively processed diets that are high in refined carbohydrates, added sugars, and sodium. Foods that have been heavily processed, such as processed meat and sweetened beverages. 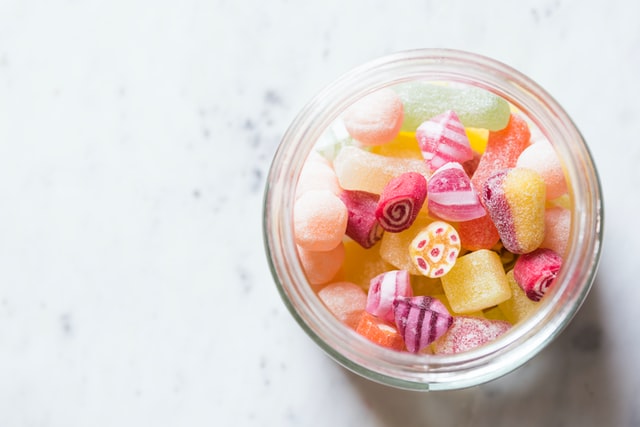 Did you know that almost any food can cause intolerance that leads to brain fog, and that there are some types of food intolerances that occur much more commonly than others? Lactose intolerance, a condition in which a person cannot digest the sugar found in dairy products, is one of the most common food intolerances. The main symptoms will be bloating, gas and diarrhoea, but brain fog can appear as well.  You can read a lot more about the many potential causes of Brain Fog here.

I have seen several patients over the years with brain fog that failed to show much in the way of allergens after we completed extensive blood-based food allergy testing, when I suspected a food allergy, yet they responded positively once certain food items were removed from their diet. I’ve found that salicylate, amine and glutamate sensitivities in particular are more common than you may think with brain fog, and that is why I have added this information into this comprehensive brain fog article.

Maybe you are at a loss as to why your allergy test has come back as negative, but you know you have issues with certain foods or drinks. It may well be those salicylates, amines or glutamates in certain foods. Be sure to avoid these foods and then challenge yourself to see if this is the case.

In some cases, it will be quite difficult to distinguish between food allergy and food intolerance, but in the end, does it really matter? In some cases only by careful elimination and challenge will you be able to discover the real culprits. So be patient and take your time, it is best to eliminate one food or food group at a time before moving onto the next.

Salicylates Can Cause Brian Fog

Salicylates are chemicals that occur naturally in many plants, acting as preservatives to delay rotting and to protect the plant against harmful bacteria and fungi. They are a type of insecticide that is designed to protect the plant from various bugs and insects, which they readily poison. Salicylates are stored in the bark, leaves, roots, and seeds of plants. They can be found naturally in some foods and its compounds are used in various products. Chemically speaking, salicylates resemble aspirin, and as such those who cannot tolerate aspirin will not be able to tolerate the high salicylate-containing foods either.

People can generally consume much larger amounts of these chemicals than insects, without causing too much irritation. Salicylates can affect some adults considerably though, and can particularly affect children, sometimes causing their behaviour to be hyper, particularly so when a child already had asthma or eczema as well or an inherited immune weakness.

Many foods contain varying levels of naturally occurring salicylates. These allegedly may trigger symptoms in aspirin-sensitive patients. I have found the most common symptoms affecting adults to be coughs, nasal congestion, nasal polyps, post nasal drip, sneezing, rashes around the mouth and in children behavioural problems, especially hyperactivity. Only by carefully eliminating the suspected foods and challenging will you be able to work out the offenders.

Research has discovered that up to a staggering 70 per cent of children with behaviour problems ranging from depression, lack of self control to aggressive and even violent behaviours, are affected to some degree by salicylates, artificial colours, flavours and preservatives, when compared to only about 40 per cent affected by amines.

Signs And Symptoms Of Salicylate Intolerance

High: peanuts (with red skins on)

Amines Can Cause Brain Fog

Amines are a type of chemical that occur naturally in many foods. Amines occur due to the breakdown of certain proteins or when they ferment as part of normal ripening or ageing of the fresh food. Amines are responsible for giving food its flavour. The amine content will be normally higher in a food with a stronger, more intense flavour, so the more you keep that food, and the longer it ripens, the higher the amine content is likely to be.

The best way to determine whether you have amine intolerance is by way of an elimination and challenge diet. Many patients I have seen over the years have worked out that one key food which can send them into a tailspin, and it could be red wine, chocolate of a soft cheese like Camembert.

Signs And Symptoms Of Amine Intolerance

It is easier to avoid amines in your diet as opposed to salicylates, because the highest amounts of amines can be found in chocolate, aged cheeses, wine and many alcoholic beverages, cured, aged and smoked meats like sausage or salami, canned or smoked fish, fruits like banana, avocado, and tomato.

Which Foods Are The Highest In Amines?

Remember, the amine content increases as certain fruits ripen or as the meat or fish ages, so if you are sensitive to any of these foods or drinks then my advice for you is to only consume the very freshest of produce, meats and fish.

Glutamates Can Cause Brain Fog

Glutamic acid is a naturally occurring amino acid just like its brother glutamine, which is much more neurologically active. Glutamic acid is found in many foods, especially in gluten grains like wheat, barley rye but also in legumes like soy, peanuts, in dairy products, various nuts and seeds, meats and even in the gluten-substitute grains like amaranth, quinoa, tapioca as well as sorghum, millet, and flaxseed.

You will rarely hear of problems with glutamic acid as is considered to be safe, but certain side effects such as fatigue and headaches have occurred with a few people. Additionally, glutamic acid supplementation can have complications in those with kidney or liver disease, as well as people suffering from certain types of neurological diseases like brain fog. I have only seen two or three people over the past twenty years of full-time naturopathic clinical work have presented with glutamate sensitivity, and certainly seen many more people presenting with salicylate and amine sensitivities. One male patient in his fifties from USA became entirely free from brain fog after eliminating all the glutamates from his diet, and the brain fog lifted within two weeks after we discovered it was his primary trigger.

Glutamate converts into glutamine by the cells lining the intestinal tract, and glutamine is one of the principal foods of the tiny cells lining the walls of the small intestine. It is a good thing that the liver and kidneys also help to convert glutamate into glutamic acid, because gluten-based foods, soy, corn and dairy products (all glutamate foods) are also foods that have a tendency in susceptible people to destroy the integrity of the microvilli which line the walls of the small intestine.

Did you know that it has been estimated that up to an incredible 30 percent of celiac patients may have glutamate sensitivity? Were you sensitive to vaccines? Some vaccines are high in glutamate, and an intolerance or reaction to a vaccine can be an indication of glutamate sensitivity. If you are very sensitive to MSG (monosodium glutamate) then you will almost certainly want to avoid HFCS (high fructose corn syrup) as well.

Dr. Jack Samuels, and expert in excito-toxins (nervous system poisons), states that all corn syrup products potentially contain high levels of MSG, because the producers do not remove it during processing, and it can concentrate to high levels in the syrup. Enzymes are added to HFCS as well, preventing any further breakdown of the protein. Got brain fog? Make absolutely sure you eliminate all high fructose corn syrup from your diet as a trial for three months.

If you suspect that you are sensitive to glutamates, simply avoid corn, gluten products, soy and dairy products. A trial will soon reveal if glutamates are the culprit of not. After a period of avoidance along with taking digestive enzymes and probiotics, you will have repaired the lining of the small intestine (leaky gut), otherwise you may become increasingly intolerant to glutamates and develop many more intolerances or allergies.