Even though black mould is thought to be dangerous, the specifics are not yet well understood. Concerned about black mold? Read this article. 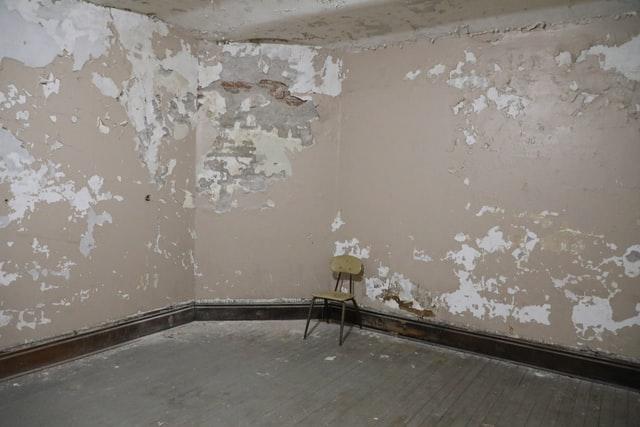 Are You Living In A Damp House? Who can remember asbestos-fibrous cement sheets or roof shingles used to clad houses? Any house built before the 1990’s in Australia or New Zealand could be contaminated with asbestos. Australia banned asbestos as late as 2003, but it was phased out of the building industry as evidence began to mount of the increasing link between asbestos and chronic disease like cancer.

Fibrous cement sheeting was great stuff and was used extensively in the building trade when I was a kid; it was the weatherboard of the 50’s and 60’s. A cricket ball easily put a nice hole in the external wall, and as kids our parents fumed when it happened on occasion, and I can remember how itchy my skin used to get when as kids we played with the broken pieces.  Fibro was a material which had profoundly good building properties because it could withstand the elements like nothing else and was extremely durable, especially in hot and sunny conditions.

Asbestos Is Now Proven to Be Carcinogenic 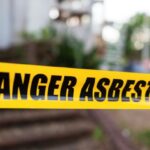 Today we know that those fibro-cement sheets were a compound of cement mixed with asbestos, a very dangerous silica containing mineral. When reading about asbestos I found that the ancients already recognised the respiratory hazards caused by this mineral. The famous Roman naturalist called Pliny the Elder noticed that the asbestos damaged lungs of slaves who wove it into cloth, over two thousand years ago. Yet many health experts in the 1970’s were sceptical about claims which were starting to surface with regard to asbestos being linked to serious illness, including many malignant lung diseases and mesothelioma, a formerly rare type of cancer strongly associated with asbestos exposure. Perhaps these were the very same experts who denied that tobacco smoke could cause lung disease. Incredibly, the European Union only very recently banned the use of all asbestos, including the manufacture and processing of asbestos products – in 2005.

Are we going down the same road with mould? Is mould going to end up many years down the track as being linked to serious immune disorders, lung cancers and a host of other yet to be discovered health concerns like asbestos? An investigation in 2005 revealed that New Zealand’s growing leaky building problem was causing a large increase in dangerous mould in damp homes. Asbestos awareness started off very slowly yet nobody really took the adverse health related links seriously until many non-smokers associated with this industry started to develop serious lung problems like cancer and mesothelioma. The US government and asbestos industry have both been criticised for not acting quickly enough to inform the public of dangers, and to reduce public exposure. In the late 1970s, leaked court documents proved that asbestos industry officials knew plenty of asbestos dangers since the 1930s and yet concealed them from the public. 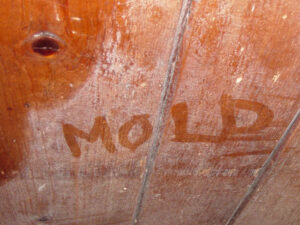 Do we really know enough about potential the dangers of mould and how many people are still living in leaky and mouldy environments in this country?  The mould problem is caused by dampness (read leaky homes) which allows certain toxic varieties of mould to grow in buildings, and New Zealanders are exposed to moulds and damp conditions for many months of the year. Modern building companies utilising the latest building materials like to make buildings watertight, and this often comes at the expense of poor ventilation and air flow as homes today are extensively insulated against the cold and wet.

Many plastics and Styrofoam have been used in housing construction which can potentially “breed” mould, and this coupled with defective construction, as many homes since the 1970’s were built with sloppy compliance codes, can make mould lead to serious health problems. The building code has been since upgraded significantly since 2005, but we are still left with the legacy of many leaky and defective buildings which are potentially a health trap. Some of these buildings with extensive mould have even had to be demolished.

There are many fungi which have been recognised as being quite harmful to human health including stachybotrys, which is becoming much more common in New Zealand. Moulds feed on moisture and organic materials such as carpet, wood and wallpaper and can even eat into plaster and brickwork which then have to be replaced.

The popular Yuppie style warehousing conversions in Nz’s major cities are particularly susceptible to stachybotrys  because these are quite old buildings that have never before been heated or thoroughly treated to remove any moulds prior to the new construction. Such older buildings have often been hastily converted to flats or units with partitions put in, and limited ventilation and air-flow creates the ideal breeding conditions for the trapped mould. In addition, the sudden heating tends to draw moisture out of the building’s structure and into the inner environment.

How Does Mold Affect Your Health?

Many of us are exposed to mold spores every day, usually by touching or breathing them in. Because moulds naturally exist outdoors as well as indoors, living in a totally mold-free environment in this country is near impossible. You even eat foods containing plenty of the stuff like cheeses, breads, left-overs and mushrooms which are mouldy foods themselves. As molds grow, they release microscopic spores which can then travel through the air where they can be easily inhaled. People who inhale large numbers of spores may get quite sick indeed, especially those who are more susceptible like the immune-compromised or those who are immune-suppressed from drug treatment (e.g. Prednisolone) or on recurring antibiotics for complaints like acne,  those with candida yeast infection, those with allergies and the elderly especially. Such infections can also affect the skin, eyes, lungs or other organs. These are considered “opportunistic” infections that usually do not affect strong and healthy people. Once again, it’s all about your susceptibility and your level of resistance.

I have found that some health-care professionals get confused and diagnose patients with major mould sensitivity and allergy issues as having candida albicans, which is itself a fungus. This is where careful case-taking will illicit the real underlying cause. The signs and symptoms of mould based health problems are particularly aggravated by living in such damp environments, and in addition I’ve noticed over the years how several patients have told me how much better they felt when on holidays or when they lived at a friend’s place (like house-sitting) for a few days. Not a co-incidence I believe, they just shifted to living where there was a lot less mould spore floating around and they felt better.

Their immune system was not challenged and consequently their symptoms eased right off, yet their diet and lifestyle remained virtually unchanged. They were still eating bread and drinking wine but felt fine. Do you crave sugars, chocolate, alcohol and sweets in general and suffer badly in a mouldy, damp or smoke filled environment? Then you need to have yourself checked carefully for a candida yeast infection, a very real possibility and in my experience, and many mould sufferers have a candida yeast infection problem as well which could do with treatment. 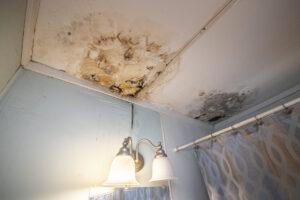 The hidden threat of health concerns surrounding mould are an important reason to prevent mould growth and to clean up moulds, especially in our indoor environments. Have you noticed the “anti-mould” advertisements on TV at night? You can bet that if it is on the TV it will be a big problem because they wouldn’t waste their marketing dollars otherwise. These advertisements seem to target your bathroom and make you feel that only this area is affected by mould, try looking very closely in your bedroom, you may be quite surprised.

According to Dr. Leo Galland, an American health expert, moulds contain bio-aerosols which consist of microscopic living fungi and/or bacteria which can circulate freely in the air. Legionnaire’s disease is one such well known example and this disease has killed many susceptible folk over the years. An adverse reaction to mould depends largely on how much a person is exposed to, the age of the person and the person’s sensitivities or allergies. The same amount of mould may cause health effects in one person, but not in another. Some mould experts like Dr. Galland believe that mould may be responsible for many hidden health problems not necessarily linked to the sick building syndrome.
A study in Scotland where mould and mildew are abundant, just like NZ, found that those who lived in housing that was judged to be damp or showed visible signs of mildew, (particularly in the sleeping quarters) had far greater rates of sickness than those who lived in drier environments. These differences were independent of smoking, occupation or income. It is a known fact that damp homes breed both mould and dust mites more easily and indoor levels of moulds can reach concentrations that are tens of thousands greater than those outside.

Exposure to mould can cause a variety of symptoms. Sensitive people who have touched or inhaled mould or mould spores may have allergic reactions such as a runny nose, sneezing, nasal congestion, watery eyes, skin rash and itching. Moulds can even trigger asthma attacks in people who are allergic, causing wheezing, chest tightness and shortness of breath. And when is mould at its peak?  In the rainy and wet of winter, the same time people come down with respiratory infections. Have you gone to your bedroom yet and checked the corners and looked at the ceiling, the window sills?

I personally wouldn’t waste my money on testing for mould allergies. Blood or skin testing called the RAST test can be done to show if you are allergic to a substance. The RAST test detects levels of antibodies to particular allergens and the results are highly variable indeed. Ok, so you are allergic to moulds and dust mites. Big deal, what do you do now, sell your house and go live in Arizona?  If you have symptoms year-round, and not just in winter or when your house is at its dampest, my first recommendation is to try to rid yourself of candida (go back and read my candida articles) and improve your immune health in general. If you increase your resistance – your susceptibility drops.
With a strong immune system and an awareness of mould and a reduction of mould in your indoor environment if you do have a big problem, you should be able to significantly improve your resistance to those floating spores. If your house is particularly bad, then move out. Have you cleaned up that mould on your bathroom ceiling as yet?