Even though doctors have known for a long time that infertility is a medical problem, people who have it still tend to feel ashamed and keep it a secret. This can make it hard to ask friends and family for help. Stress has been found to be a major cause of infertility. 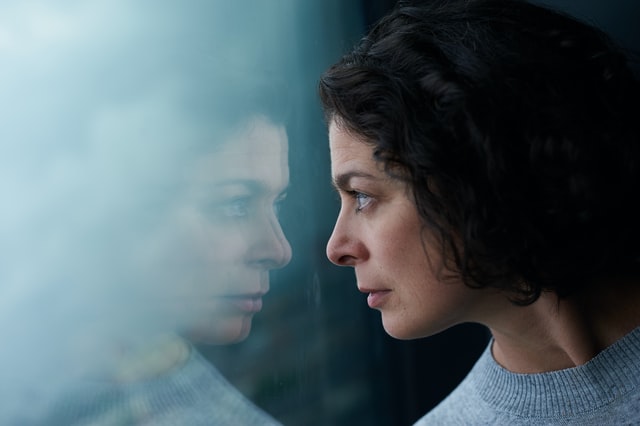 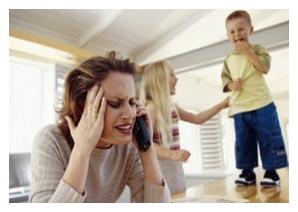 Research shows that STRESS may well be one of the leading causes of female infertility, preventing thousands of otherwise healthy women from starting a family. It has been well documented that infertility causes stress.

Many women who struggle today to conceive could increase their chances greatly by learning to cope more effectively with the stress of daily life, scientists say. Research in the United States has shown that psychological treatment designed to relieve stress can achieve spectacular results, restoring fertility to women who do not ovulate or menstruate.

Natural infertility treatment is becoming one of the more common reasons infertile women seek out less invasive natural treatment. If you have stress and are infertile, you may well want to read this article – it could save you a lot of heartache.

The findings suggest that teaching stress-reduction techniques could be one of the most effective ways of treating this condition, known as amenorrhea (lack of periods), which affects up to one in ten women of reproductive age, and is caused by stress about half of the time. The work could also be significant for a much larger group of women, who still ovulate and have periods, but whose fertility is impaired by the effects of stress, researchers told the European Society of Human Reproduction and Embryology conference in Prague.

“We think there are women who have sub-clinical forms of stress and who are infertile as a result, though they are hard to recognise,” said Professor Sarah Berga, of Emory University in Atlanta, USA, who led the study. “Some have normal menstrual cycles, but still have insufficient progesterone to support a pregnancy.”

Other papers presented at the conference yesterday also found that reducing stress during IVF treatment can dramatically improve the chances of success.

One of the studies, from an Israeli team, found that entertaining patients with a clown after embryos were transferred to the womb, using humour to alleviate stress, increased pregnancy rates from 19.3 per cent to 35.5 per cent.

In Professor Berga’s study, 16 women aged between 20 and 35 with stress-related amenorrhea, none of whom had had a period for at least six months, were split into two groups. One group was observed but not treated, while the other eight women were given a 20-week course of cognitive behavioural therapy (CBT), a “talking treatment” in which strategies for coping with stress are taught.

“A staggering 80 per cent of the women who received CBT started to ovulate again, as opposed to only 25 per cent of those randomised to observation,” Professor Berga said.

“This study underlines the important contribution that lifestyle factors make in determining overall health and reproductive health in particular.”

Two of the women who had the cognitive behaviour therapy responded so well that they became pregnant soon afterwards, where previously they had not been able to ovulate.

Even though doctors have known for a long time that infertility is a medical problem, people who have it still tend to feel ashamed and keep it a secret. This can make it hard to ask friends and family for help. After trying for a long time, not getting pregnant can be very upsetting and frustrating, especially if you don’t have anyone to talk to about it. Researchers in 2010 found that depression may keep people from getting help for their inability to have children.

The treatment appeared to reduce the high levels of cortisol, a key stress hormone that was in many women significantly  higher than normal in all the patients at the outset of the study.There was no corresponding decline in the untreated group.

Though the results come from a small trial, and need to be confirmed by larger studies, they offer the best evidence yet that combating stress can restore fertility without recourse to hormonal drugs or IVF.

Professor Berga’s work also fits with the outcome of her previous research on monkeys. This found that stress, which was induced by changing the animals’ living arrangements on a regular basis, often induced amenorrhea, particularly when combined with poor diet and excessive exercise. Both behaviours are common among women with high stress levels.

She is about to start a much larger investigation of up to 4,000 American nurses, in which levels of the stress hormone cortisol will be checked against reproductive hormones that work as indicators of a healthy menstrual cycle. “If the study confirms our earlier results, we will have very strong evidence for offering stress reduction as an effective therapy for a significant group of infertile women,” she said.

The women in the study were generally young professionals with no obvious signs that they were stressed. All were of normal body weight and did not suffer from eating disorders, which are known to cause amenorrhea.

Eric’s comment:I believe that it is important to check every infertile woman’s salivary cortisol levels, to determine their degree of adrenal involvement. I can speak from personal experience here, my wife took 7 years to conceive before we had our first child. I know it was stress, we were both studying and working full-time. Pregnancy occurred once we gave up trying, and looking to adopt.

With 1 in 4 couples now having difficulty conceiving in most Western countries – is it not worth checking for adrenal involvement? One of the best ways to effectively balance the adrenal gland is to try work on your adrenals for a period of 4 – 6 months. For the price of a cup of coffee daily, it could well  be more cost-effective and effective than expensive IVF therapy.