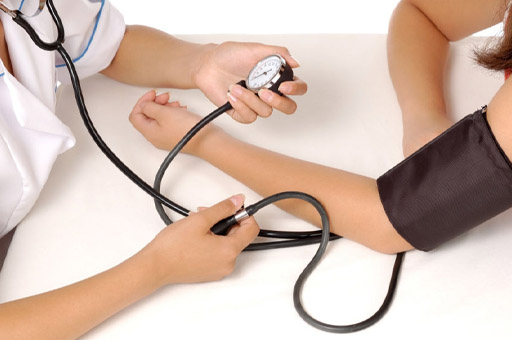 Have You Ever Had Your Homocysteine Levels Checked ?

Homocysteine is a normal and unavoidable by-product of the breakdown of the essential amino acid methionine within the body. It is naturally occurring, and represents an intermediate step in the chemical conversion (demethylation) of methionine to another amino acid called cysteine. Elevated levels of homocysteine in your body, which are sustained, can prove risky to your health, a bit like speeding whilst not wearing your seat-belt! It is a major threat to your circulatory system, increasing particularly the risk of atherosclerosis, a clogging of the arteries responsible for many a heart attack and stroke.

What you may not know is that homocysteine is an amino acid that is very important in the metabolism of the element sulphur, and this was discovered by the American biochemist Vincent Du Vigneaud in 1932. He discovered that homocysteine has one more carbon atom than cysteine, which in itself is a vitally an important constituent of all proteins. Du Vigneaud gave it the name “homocysteine”, because “homo” means “the same” in Greek.

William Hyde Wollaston was an English chemist who in 1810 discovered an amino acid called “cystic” oxide, after he isolated it from bladder stones (the word kystis means bladder in Greek). DuVigneaud discovered when working with homocysteine and the amino acid methionine that is was very important in supporting the healthy growth of animals lacking methionine by way of a chemical transformation in the body called “trans-methylation”.

Virtually nothing was known about the true significance of homocysteine in human health and disease until 1962, when cases of the new disease “homocystinuria” were discovered among children with mental retardation, dislocated ocular lenses, accelerated growth, osteoporosis and a tendency to form blood clots in their arteries and veins. 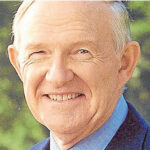 In 1968, Dr. Kilmer McCully, Head of the Pathology and Laboratory Medicine Service, West Roxbury Veterans Affairs Medical Center in America became interested in the possible connection between homocysteine and arteriosclerosis through review of a case of homocystinuria from 1933 that was discovered by pediatricians at Massachusetts General Hospital.

There will always be sceptics, and sceptics can view the Homocysteine page on Wikipedia for more information on homocysteine causing endothelial damage. I find it incredbile that many doctors still ‘have never heard’ of homocysteine, because they were never taught it in medical school.

Dr. McCully reviewed an archival case was the uncle of a 9-year-old girl with mental retardation, dislocated lenses, and abnormal blood vessels of the skin who was diagnosed in 1965 by the new Amino Acid Laboratory. As reported in the NEJM (New England Journal of Medicine), the boy from 1933 died of thrombosis of the carotid artery and a massive stroke, and the pathologist found that the arteries were narrowed by arteriosclerosis “similar to changes found in a very elderly man.”

Dr. McCully was one of the first research doctors to become very interested in amino acid metabolism, and worked with the biochemistry of methionine and homocysteine at the National Institutes of Health in the USA. He studied all he could and read all of the pertinent literature on this new disease called homocysteine. Dr. McCully confirmed the presence of arteriosclerosis in slides surviving from the 1933 case, and found arterial plaques scattered through the arteries of this boy.

Dr. McCully once studied the case a 2-month-old baby boy who had recently died of a disease recently discovered called Cobalamin C, which is characterised by excretion of homocysteine, cystathionine, and something called methyl-malonic acid in the urine. At once Dr Dr. McCully began to see that there was a possible connection between homocysteine and arteriosclerosis, so he restudied this new case and discovered astonishingly advanced changes of a rapidly progressive arteriosclerosis. He then concluded that homocysteine actually produced the disease called arteriosclerosis (plaque build up in the arteries) in these children by a direct effect of excess homocysteine on the cells and tissues of the arteries.

Actually, there was no evidence that fats were deposited in the arteries of these children, and no cholesterol was found in their arterial plaques either. This shows clear evidence that homocysteine creates a unique pathology (disease) in its own right as it elevates and cannot be metabolised through an efficient trans-methylation.

In experiments with rabbits, Dr. McCully’s research group discovered that giving pure amino acid homocysteine to these animals produced arterial plaques and thrombosis of veins and arteries. And miraculously, giving pyridoxine (vitamin B6) simultaneously to these animals prevented the arterial plaqueing and thrombosis. How fascinating! In Japan in 1975, Fumio Kuzuya repeated Dr. McCully’s experiments and observed essentially the same results in the late 1970s, reporting his reports in Japanese articles. These identical results were also discovered by researchers Harker and Ross in Seattle, but on this occasion by utilising an intravenous administration to monkeys instead.

These earlier animal experiments (although viewed as cruel and in-humane today) were vital in establishing the link between nutrition (or rather a lack of it) and the formulation of the homocysteine theory of arteriosclerosis in 1975. This theory helped to explain several important previous observations of experimental plaques in monkeys deprived of vitamin B6 and other “methyl-donor” nutrients such as Vitamins B2, B12, betaine and folic acid. Because the B vitamins folic acid, pyridoxine ( vitamin B6 ) and cobalamin ( vitamin B12 ) are all involved in normal metabolism to prevent excessive production of homocysteine, the homocysteine theory of arteriosclerosis implicated deficiencies of these vitamins in human arteriosclerosis, heart attacks, strokes and amputations from vascular disease.

Dr. McCully’s theory and laboratory research work led the way for many more research papers to validate his initial findings on the link between dietary deficiencies and atherosclerosis. Folic acid is one on the most easily damaged, degraded and deficient of all vitamins currently in the world today, and heart disease is one of the biggest killers. At this point (if you have common sense) it should alll be starting to make perfectly good sense – particularly if you don’t have pharmaceutical interests in “curing” heart disease.

Sensitive vitamins like folic acid and vitamin B6 (pyridoxine) are relatively easily destroyed by traditional methods of food processing like the milling of grains, canning of foods, extraction of sugars and oils from whole foods and with the addition of chemical additives to bleach or preserve foods. Now you can understand that today in the 21st century, the ever increasing incidence of heart and vascular disease can be attributed to this nutrient depletion. On the other hand, the decline in mortality from cardiovascular disease beginning in the 1950’s can be attributed to a large degree to the addition of the synthetic B vitamins to the food supply by fortification of processed foods.

B vitamins are now known to have a major effect on cardiovascular function, and important support for the homocysteine theory was provided by the famous Framingham Heart Study, which showed that deficiencies of B vitamins are widespread in older people, leading to elevation of homocysteine levels and increased risk of arterial plaques.

In 1941, the US Government mandated the addition of of the B vitamins niacin (B3), thiamin (B1), riboflavin (B2) and iron to refined grain foods. And it became very obvious by 1998 that folic acid was a major player in the prevention of heart disease, to the point that the US Food and Drug Administration mandated the addition of folic acid to refined flour, rice and other grain foods.

Even though many hundreds of studies by investigators, researchers, academics, PhDs and other nutritional experts worldwide have now proven that elevated homocysteine levels increase the risk for heart disease, stroke, peripheral vascular disease, and reduce longevity in diverse populations, the orthodox Western medical viewpoint is still citing “lack of clinical evidence” as reason needlesslyine is still not taken seriously by mainstream medicine. One doctor I recently spoke to said that it was “unproven” and “old hat”.

Too many older people die each year Centrely from a stroke. In a recent study by the Centers for Disease Control and Prevention in Atlanta, the declining incidence of mortality from stroke accelerated in 1998 in the US, but no change was found in the United Kingdom, where folic acid fortification is not mandated. In 2007 a meta-analysis, as reported in Lancet, concluded that trials yielding significant reduction in blood homocysteine levels from folic acid, pyridoxine, and cobalamin (Vitamin B12) over a 3 to 5 year period produced significant reductions in mortality from stroke.

What IS interesting is the the FDA have recognised folate’s implication in preventing neural tube defects in the unborn, but have failed to take the same stand with regards to folate, adverselyine and the prevention of heart disease. I suspect it is because it would affectley cardiovascularrative cardiovasculal pharmaceutical drug industry.

One of the rationales for adding folic acid is the demonstration that deficiency of dietary folic acid is implicated in susceptibility to birth defects of the neural tube type. An additional rationale, not officially cited by the FDA, was the hope that vascular disease incidence and complications might also be prevented in the US. Studies have indeed shown that birth defects have decreased about 19% in the US and up to 78% in Canada in Newfoundland since fortification by folic acid.

Trials with participants with a history of advanced vascular disease, heart attack and stroke, have been less successful. The Swiss Heart Study showed that restenosis following coronary angioplasty was benefited by B vitamins, but a later trial with stented patients showed no benefit.

• Lifestyle choices (poor diets, alcohol, smoking, obesity, inactivity)
• Nutrient deficiencies (particularly Folic acid, Vitamins B12, B6 and Betaine)
• The pharmaceutical drug Methotrexate increases homocysteine levels, unless sufficient folic acid is taken. (Methotrexate causes the depletion of folic acid which normally lowers elevated homocysteine levels). Patients on this drug should have their levels checked routinely.
• Genetic factors
• Stress – a prime cause in my professional opinion. I have seen Homocysteine elevated in many a stressed-out corporate patient over the years. NO job is worth dying for! One of the best things you can do is relax regularly, especially if your homocysteine levels are high and you can identify with any form of stress.

• High alcohol intake increases homocysteine
• Drinking 6 or more cups of coffee per day.
• Cigarette smoking appears to increase homocysteine.
• Smoking and coffee together are associated with particularly high levels
• Men tend to have higher homocysteine. In women, homocysteine increases after menopause.
• Almost 30% of vegetarians have elevated homocysteine levels (from the relative lack of methionine and Vitamin B12 in the diets of vegetarians).
• Genetic factors can predispose some individuals to have increased levels.

• Ask your health care professional to run a (fasting) blood test for homocysteine levels. Get your (fasting) cholesterol levels and blood pressure checked at the same time. If all three are elevated, you need to take some action!

Over the past decade the fasting level of blood homocysteine that is associated with increased risk of vascular disease has been addressed in multiple studies. Most laboratories and methods currently use 15mol/L as their upper limit reference range.  However one study of samples from apparently healthy individuals in different countries showed that countries such as Japan, France and Spain with a low mortality rate from cardiovascular disease have homocysteine levels of 7-8mol/L.  Countries with a high mortality rate from vascular disease, such as Finland, Scotland, Northern Ireland and Germany have homocysteine levels of 10-11mol/L. Rasmussen suggested gender and age specific limits for plasma homocysteine measurements, although they conclude that further lowering the upper reference limits may further reduce the risk for cardiovascular disease.

There are specific steps you can take to reduce your risk and lower homocysteine.

Next Post: Cholesterol – The Risks, The Facts And The Politics