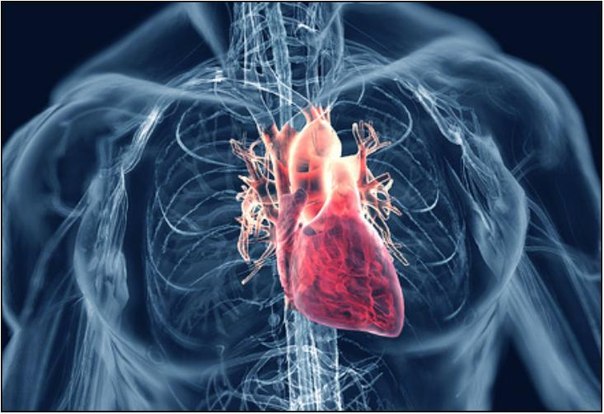 Think of your heart as a muscular pump about the size of your fist which delivers vital oxygen and nutrients into all the cells of your body. This cone shaped powerful muscle has four chambers, and each of these chambers is connected by a series of one-way valves that let the blood flow in one side and then out the other.

Blood which is spent of oxygen, or oxygen “poor” blood returns to the heart in the veins and collects in the right atrium and is then moved into the right ventricle which then pumps this de-oxygenated blood into your lungs for re-oxygenation.

Oxygenated blood then returns to the left atrium passing through the mitral valve and into the left ventricle. Blood is then pumped out with a lot of force (in a healthy heart) into the main artery of your body – the aorta. (see diagram) The blood (rich in oxygen) now travels through the aorta and several other arteries which branch off it into the body. 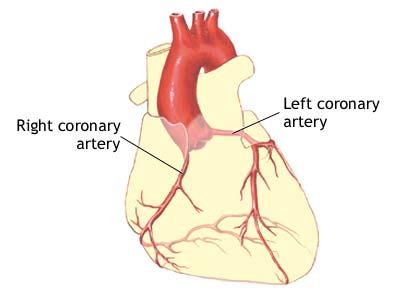 Most importantly, the oxygenated blood also travels through two coronary arteries to supply you heart itself with blood rich in oxygen. (see diagram). And it is these delicate arteries that are often implicated in a heart attack as they become clogged and affected by atherosclerosis. (plaqueing of the arteries).

Your Circulatory System Is Vast 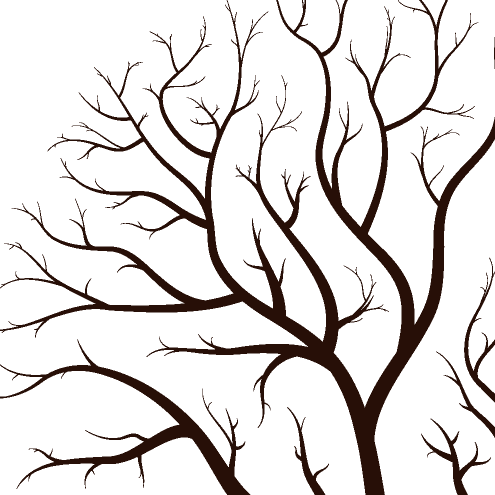 Did you know that there are an estimated six thousand miles (almost 9,700 kilometres) of blood vessels which make up your circulatory system? The way I think of this system is like imagining a tree with its trunk, then branches and then the finer twigs, or a river with its many tributaries. The larger arteries branch into smaller arterioles and these in turn branch off into the tiniest of blood vessels called capillaries. And it is these miniscule capillaries which end up feeding the cells of your body, supplying them with life-giving oxygen, removing the carbon dioxide as well as the cells waste products. The wastes and blood which is spent of oxygen are transported back to the heart in venules (small veins) and then into the larger veins and finally makes its journey all the way back to the right atrium.

This most elaborate system of pipes needs to be kept clear to accommodate the full force of contractions of your heart which permits an uninterrupted and strong blood flow. It is suffice to say that the walls of all these blood vessels needs to be (and stay) in top shape and free from any obstruction. The main thing to remember is that the arteries are the biggest focus on high blood pressure, rather than the veins.

High blood pressure is also known as hypertension. Hypertension is really a by-product of more serious underlying problems which results in the excessive force of blood pressing against the walls of your arteries. An incredible one third of those with high blood pressure have NO symptoms at all and don’t even know they have it.

Unfortunately, high blood pressure when left untreated can lead to serious cardiovascular disease leading to a heart attack, heart failure, stroke, as well as brain and kidney damage. Uncontrolled hypertension ranks as the leading risk factor for having a heart attack and stroke, and post-menopausal women are even more vulnerable to hypertension than men.

High blood pressure only compounds other risk factors commonly found in those who suffer from chronic ill health, such as smoking, drinking alcohol, toxic heavy metals and oxidised LDL (bad cholesterol) as well as an increase in the (often ignored) inflammatory markers such as Lipoprotein a and Homocysteine. High blood pressure weakens your blood vessels at their bends and junctions and accelerates the inflammatory plaque cascade.

What you may not be aware of is that hypertension stimulates your body to release two proteins – angiotensin II and endothelin which further promote and accelerate inflammatory as well as oxidative mechanisms in your arteries. There is ample evidence that there is a direct connection between hypertension and atherosclerosis.

How Does the Cardiovascular System Work?

Your heart is one of the most hard working of all organs in your body and so is your your circulatory system, which is literally a “highway” for nutrients and gases which are continually transported back and forth throughout your body. This system is often the one which has the ability to cause you an incredible amount or grief as you age, and is reflected particularly in the high rates of circulatory disorders such as stroke and heart attack.
Your arteries are the blood vessels that carry the oxygenated and nutrient-rich blood away from the heart to all the major organs of the body. After your organs use up the oxygen they require and the nutrients you take in through your diet (that’s why you need to eat good foods) the blood has come to be depleted and has picked up any toxic residues and wastes such as carbon dioxide. The heart is the main organ that pumps the blood back and forth throughout the body and does an incredible job of doing this, day in and out, beating thousands of time a day it.

Blood is made up of three components

What Causes an Unhealthy Cardiovascular System?

Many people are of the belief that cardiovascular disease just “seems to happen” to them, almost as if they are powerless to stop the development of circulatory disease. You may even be wondering how did your cardiovascular system become so unbalanced. The fact of the matter is that chronic health conditions do not just happen, they develop over time. There can be a genetic component that predisposes someone to becoming chronically “unwell,” but research shows there are other factors – often within our control – that are usually the cause.

An unhealthy cardiovascular system may be caused by:

Here are your guidelines for cholesterol.

What Can You Do to Restore the Cardiovascular System?

Foods to AVOID to Maintain a Healthy Cardiovascular System:

Other Tips for Maintaining a Healthy Cardiovascular System: