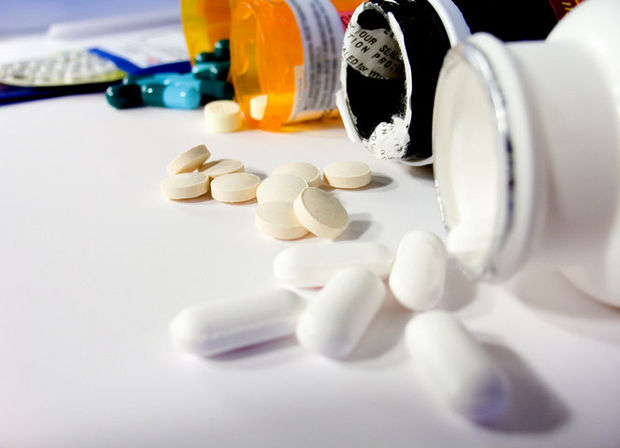 The Dangers of Prescription Pharmaceutical Drugs

Do you take a drug from your doctor long term to cure your illness? You may want to think twice, because your health may actually be in jeopardy! Your doctor is trained in prescribing potentially toxic preparations which don’t have and place in actually healing your body.
Pharmaceutical drugs do not treat the underlying problems of disease and ill health, but instead, treat the symptoms of the disorder. Unfortunately, this often masks the disorder while the underlying problems become more complicated or intensify. And, when you stop the drug – all the symptoms come back, and sometimes much more intensely than before.
References:

Grapefruit juice can be dangerous for people on certain medications, nurse researchers remind doctors, nurses, and everyone who takes medicine and enjoys grapefruit juice, in a paper in the American Journal of Nursing, a journal of the American Nurses Association. THis is an important article to read if you enjoy grapefruit and take different kinds of pharmaceutical medications. Please read it if you do.

An Irish man has spent more than 1million Euros taking on a pharmaceutical firm after his son committed suicide. Liam Grant is waging a battle with drugs giant Roche, claiming they are responsible for the death of his son, also called Liam. In 1996, the 19-year-old started taking Roaccutane, a drug for acne, reports the Independent. He became withdrawn and reclusive and four months later, he hanged himself from a tree outside Dublin. Since his son’s death, Grant, 61, has shelled out over 1 million fighting the drug’s Swiss manufacturer Roche. He is also pursuing regulators. A scientist hired by him to investigate Roaccutane found – despite studies suggesting a link with depression and suicide – few countries carry warnings on the drug. Naturally, Roche denies it is to blame for deaths or severe mental health problems.

Top Ten Violence Drugs That Can Cause Violent Outbreaks

I call this the pharmaceutical hall of shame and have often wondered what it would be like if a herbal medicine or vitamin was implicated in a high-school shooting. I probably would be out of business and jailed as a naturopath.
How legal drugs affect your mental state is a very important issue that is not getting the attention it deserves. In recent years, prescription rates for antidepressants and related drugs have skyrocketed in both Australia, New Zealand and especially America, where over 300 million prescriptions of these legal drugs are pushed onto people.

A research study described on CNN on February 17, 2004, and published in the Journal of the American Medical Association, states that women who took common antibiotics were twice as likely to develop breast cancer as women who took no antibiotics.

In recent years, topical corticosteroids have become a standard treatment for many skin diseases. Their use is so widespread that many general practitioners will prescribe a steroid rather than make a complete diagnosis. With most self limiting skin conditions, the symptoms disappear from the steroid, the condition resolves on its own, and the patient is happy with the treatment. Problems can arise if the steroids mask the irritation while the condition worsens. In such a case, many doctors will simply prescribe something stronger. Psoriasis, being a chronic condition, usually requires maintenance treatment to keep it under control.

One In Ten Take An Antidepressant

New Zealand amazes me, we are supposed to be “clean and green” but in fact have developed a strong liking for pharmaceutical drugs to the point where we are placing one in ten Kiwis on an antidepressant. We advertise them on TV and we market them aggressively on the internet. We blew millions of dollars on “swine flu” and “bird flu” vaccine drugs, but one of the biggest swindles is happening daily in your doctor’s surgery – the needless prescribing of antidepressants on a daily basis.

Antibiotic Use And Abuse In Children

This is a real case, the authentic case notes are available for serious perusal in my clinic. Henry was brought to me in a very poor state, and after several rounds of antibiotics it was deemed that he had “no significant disease” yet was not recovering from his illness. This is the real carnage of pharmaceutical based medicine, the over-prescribing of drugs which were slowly eroding this little boy’s health. Henry is in fine condition today, and my advice to the mother at the time was to avoid antibiotics for several years until we restored Henry’s digestive system.

Public hospitals in New Zealand have had 127 people die, linked to 374 “serious and sentinel events”, the Health Quality and Safety Commission says in its 2009-2010 report. The commission — due to be established as a Crown entity by the end of the year — said the 374 were hurt in hospitals in events that were preventable.

“Of those people, 127 died during admission or shortly afterwards, although not necessarily as a result of the event,” the commission said in a statement. “Half of these deaths occurred through suicide.”

Cholesterol-lowering statin drugs significantly increase a person’s risk of cataracts, muscle weakness, liver dysfunction and kidney failure, according to a new study in the British Medical Journal. The study also confirmed that the drugs lower the risk of heart disease and esophageal cancer, but claims of other health benefits were unsupported.

British prawns and shrimps are getting high on anti-depressants thanks to rising levels of drug waste in the coastal waters around the UK, experts say. Pharmaceutical drugs like Prozac are ending up in the sea around British towns through waste water, affecting the behavior of local marine life, The Sun reports.

According to a 100-page report commissioned by the Drinking Water Inspectorate (DWI), despite extensive purification treatments used by water companies, traces of bleomycin, a cancer chemotherapy drug, and diazepam, a sedative, have been found in the drinking water.Though experts say the drug levels are too low to pose a direct health risk, concerns have been raised about exposing pregnant women to the drugs, which could harm an unborn child.

Diclofenac increases stroke risk  by 86%   Is pain relief worth dying for? My mother died of a stroke last year. She was taking diclofenac on the advice from her doctor. Little did she know nor did I at the time, that her risk for having a stroke was GREATLY elevated. In fact, an 86% increased risk. Can you for one second imagine if a natural anti-inflammatory herb like Devil’s claw was linked with even a half a percent increased risk of ANY adverse effect on human health? There would be a complete and immediate withdrawl of Devil’s claw.

Antidepressants Do NOT Work

Homeopathy has had a good “kick in the pants” by the world’s leading medical societies, but what about Prozac, the bestselling anti-depressant taken by 40 million people worldwide, which does not work and nor do similar drugs in the same class, according to a major review released in 2008.