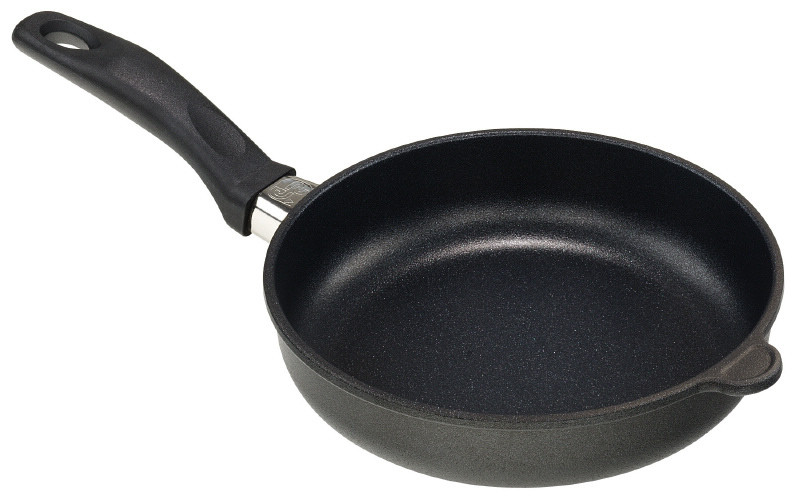 Scientists are starting to get concerned that exposure to chemicals used in non-stick frying pans could raise cholesterol levels in children after finding a link. They studied over 12,000 children involved in a lawsuit regarding a water supply contaminated with the same chemicals used on non-stick pans. Experts stressed that the children’s exposure was much higher than typical.

Most people are exposed to the man-made perfluoroalkyl acid chemicals because they are used commonly in manufacturing. Perfluoroalkyl acids like PFOA and PFOS give non-stick pans heat resistance, and also come from the breakdown of compounds used in commercial food packaging and factory treatments for fabrics, carpets and stain-resistant clothing. Experts know these chemicals can get into the body and travel to the liver – the organ responsible for making cholesterol and handling any fat that comes from the diet.

And other studies have already suggested that PFOA and PFOS may change how well the body deals with these fats.

Stephanie Frisbee and colleagues at West Virginia University School of Medicine set out to investigate this further, looking at a group of children who had been exposed to particularly high levels of PFOA through an industrial accident.

The children’s PFOS levels were only slightly raised, yet were also linked with higher cholesterol levels. As we all know high cholesterol, particularly LDL cholesterol, is linked to heart disease.

But the experts told the journal Archives of Pediatrics and Adolescent Medicine that it was too early to say if their findings meant that the children in the study would be at increased risk of heart disease as a result. Cathy Ross, senior cardiac nurse at the British Heart Foundation, urged caution in interpreting the findings. “This study was carried out in a specific area in the USA where the levels of these substances were excessively high due to contaminated water. “It does not show a link to these substances when they are used in coatings for frying pans where they appear in considerably lower levels. “While the study found that where there were high blood levels of PFOAs and PFOSs there was also a modest increase in cholesterol levels, this is not the same as saying that they caused the rise in cholesterol.

“More research is needed to identify whether the small quantities of these chemicals that UK children are exposed to actually affect their cholesterol levels.”

Eric’s comment: Are you going to continue to listen to the “experts” who keep telling you that there is “insufficient evidence” ? They said the same about uranium causing cancer, about DDT causing massive toxicity and what about smoking? “Experts” claimed for well over 50 years until 5 minutes ago that smoking actually is one of the leading cause of cancer. One day we will realise how “modern science” has created more headaches than it has solved. Why cook in teflon coated pans anyway? We all know that birds drop dead when they are exposed to the fumes from a heated teflon pan. Is this canary in the frypan or in the coalmine? What does it take for people to wake up to the fact that all thee chemicals are slowly killing us. My recommendations: stick with your cast iron skillet or stainless steel saucepans. Throw out the teflon stuff and those aluminium pots. You don’t cook in aluminium now, or do you?

Next Post: Girls Are Reaching Puberty Younger Than Ever