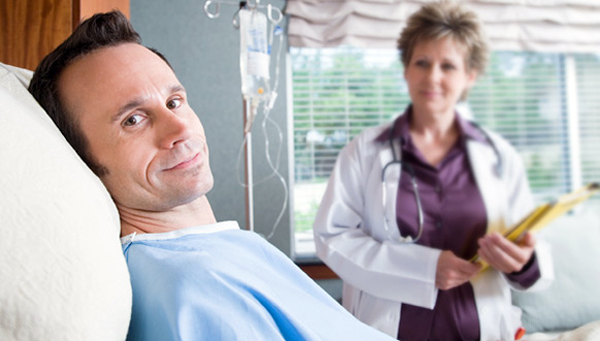 Most patients I have seen have a local candida yeast infection, i.e; their yeast infection is limited to their digestive system (constipation, bloating, gas, diarrhoea, cramping, pain, etc) or will be topical (toenails, groin, ears, etc). There are however more severe forms of candida which can affect people, and this page will look at invasive candidiasis also known as “systemic candidiasis”.

“Invasive” implies invasion past the skin and the gastrointestinal tract. Also called systemic candidiasis, invasive candidiasis is a complicated collection of various signs and symptoms which make up different diseases. These forms of candidiasis are most always seen in individuals with reduced function of the immune system or some other type of weakening of their defences, and almost any organ of the body may be involved. However, there are many natural barriers to this form of disease, and it only occurs in individuals who have reduced or altered host defences.

Systemic Candidiasis Can Spread Throughout The Body

Systemic candidiasis is when candida spreads throughout the body, and it can be life-threatening. Infection might include the brain, heart, kidneys, eyes, liver, genital tract and joints. This type happens generally in individuals with low white blood cell counts (neutropenia). This type of infection is also called disseminated candidiasis.

Systemic candidiasis can be very difficult to diagnose. This type of infection in the blood may come from a local infection (like the mouth or site of a catheter) as well as from infection of internal organs. The problem with systemic candida is that candida may only briefly be present in the blood when an internal organ is infected, therefore a blood test result is not always the most efficient method of identifying this kind of infection.

Systemic treatments are often used for esophageal and disseminated candidiasis. They can also be used for other infections that recur often or do not clear up with topical treatment.

Ketoconazole (Nizoral) is taken at 200 or 400 mg once a day. It needs acid to be absorbed, so it should be taken with food. This anti-fungal may not be well absorbed in people with digestive problems or who cannot eat very much.

Fluconazole (Diflucan) is taken at 200 mg the first day, then 100 mg once a day thereafter. Treatment typically lasts two weeks for oral or skin candidiasis and three weeks for esophageal infection (or two weeks after symptoms clear up, whichever is longer). The dosage could be increased to 400 mg each day when the lower dosage doesn’t work. Fluconazole can be hard on the digestive system, and particularly the liver. My recommendations are for you to take an intensive course of probiotics after this drug.

Some studies suggest that fluconazole is more effective (more powerful) than ketoconazole. Some doctors still prefer to treat aggressive fungal infections with other drugs, like ketaconazole, in order to save the potent fluconazole for later use, if necessary. Resistance to fluconazole is well documented. Once it develops, then drug treatment options are very limited.

Itraconazole (Sporanox) appears to be at least as potent as ketoconazole and may be as good as fluconazole. It needs stomach acid to be absorbed, so it should be taken with food. The dose is 200 mg per day. If not enough drug is being absorbed, blood levels may need to be checked so the dose can be increased.

Itraconazole oral option is more advantageous and places greater levels of the drug within the blood compared to the tablet. There is a great potential for interactions between itraconazole and many anti-HIV drugs.

Fungizone (amphotericin B) is given directly into a vein. It’s used to treat disseminated candidiasis when other systemic therapies fail or the infection is very aggressive. It is sometimes used with another drug, flucytosine, to treat specific fungal infections like cryptococcal infections. This drug can have a devastating effect on a person’s digestive system, and it generally takes a few months to recover. But this can be a small price to pay after successful treatment of a condition that can potentially kill.

This used to be the standard treatment for systemic or serious fungal infections. It lasted 8-12 weeks and frequently gave significant unwanted side effects, such as kidney damage and anaemia. People are now usually given amphotericin B until they start to improve (usually two weeks). They are then switched to fluconazole at 200-400 mg per day.

There a few other drugs used for severe systemic candida cases, but all of them can be quite toxic. I have written an extensive post on four most popular anti-fungals your doctor might recommend you to treat your candida and you can read about it on this comprehensive page.