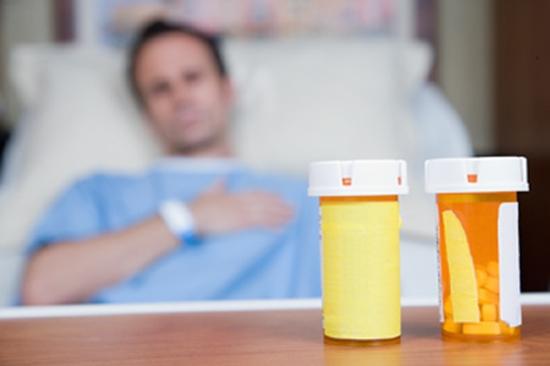 Myths Busters: “Drugs are Safe when Prescribed and Taken as Directed”

Did you know that Pharmaceutical based Medicine is officially one of the Leading Causes of Death & Injury in Developed Countries?

Interesting reading from a blog by an informed person: Sepp Hasslberger’s Health Supreme website. On Sepp’s site you can read some very interesting and revealing information relating to pharmaceutical issues. Are drugs really that safe to take for illness? Become informed and make up your own mind.

Lipitor, Zocor, Pravachol: Cholesterol Lowering Drugs Cause Cancer?
Lipitor has been known to cause very painful and potentially fatal muscle wasting also known as rhabdomyolysis as detailed and confirmed by numerous personal comments on two previous articles on this site: Lipitor – The Human Cost and Lipitor: Side Effects And Natural Remedy. This side effect is apparently so widespread that the use of painkillers has skyrocketed in the wake of increased statin drug use. Recently Crestor, another similar… [read more]

Crestor Linked To Patient Death – Statin Drugs Safety Questioned
Astra Zeneca, the maker of cholesterol lowering statin drug Crestor, has confirmed that a patient died of rhabdomyolysis, a potentially fatal muscle wasting disease linked to statin use, but says that the drug “is safe”, reports WebMd. This case fuels the debate on the safety or rather the lack of safety of statin drugs in general. Meanwhile, the Food and Drug Administration is seeking to block an ad touting the… [read more]

Eli Lilly Knew Prozac Causes Suicides, Violence – FDA Closed Both Eyes
Prozac, called fluoxetine by generic name, is a psychiatric drug prescribed to over 50 million people including millions of children. The drug was linked to increased suicides and violence as early as 1988, in a recently emerged document. Apparently the evaluation was known to Prozac’s maker Eli Lilly as early as the ‘eighties, but was never even given to the FDA. This is the preoccupying picture that emerged just days… [read more]

Lipitor – Vioxx: Discovering The Statin – Painkiller Chain Reaction
The recent withdrawal of Merck’s blockbuster painkiller Vioxx may actually afford us a glimpse of a chain of events that is normally well hidden in research papers, at best selectively disclosed to the medical community. Vioxx and other new-generation painkillers such as Bextra and Celebrex have all come under fire for their tendency to cause an increase of heart attacks. Statin Drugs, such as Lipitor, Zocor, Pravachol, Lesocol and Mevacor… [read more]

AZT, Nevirapine – Children In New York Orphanage Given Toxic Drugs
A Catholic orphanage in New York – Incarnation’s Children Center – has allowed its charges, mostly orphans and children removed from their mothers’ care, to be used in cruel experiments with drugs that are known to kill most of the patients taking them. This tragedy has taken place under our very noses – we weren’t looking. Journalist Liam Scheff has written about this scandal before and you can see that… [read more]

Steroid Drugs Increase Risk Of Death After Head Injuries
According to a study by the Medical Research Council, reported on BBC News today, the practice of treating head injuries with anti-inflammatory corticosteroids increases the death rate by about 20 %, rather than saving patients’ lives. While this is further confirmation of the statistical evidence that the medical system has become one of the leading causes of death in the Western world, publication is a very positive step as it… [read more]