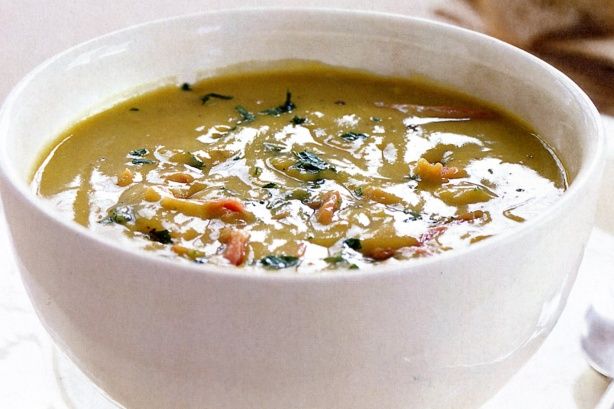 Eric’s much loved Dutch mother, Vera, passed away in 2009. Vera was a prolific cook and enjoyed making many traditional Dutch recipes for her large family, and meals like pea and ham soup were a family favorite on cold winter days. This is a recipe that has been typed out just as it was written by Oma. (Oma means grandmother in Dutch). This meal can be prepared on the stove top or in a hot pot (a slow cooker).

And here is the PEA SOUP!

Pea soup has a nicer taste, after 1 night in the fridge.  You can also freeze portions very successfully.
Pass family recipes on to others in your family!   Oma  12 April 2006