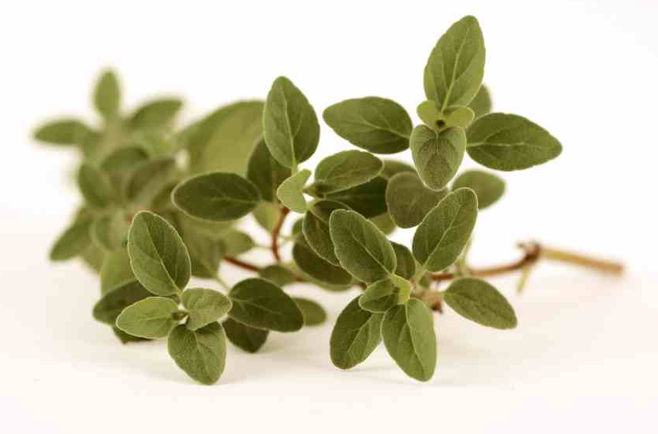 Oregano is an incredibly potent herb when it comes to eradicating a candida yeast infection. It is a herb I’ve been recommending for decades.  Let’s talk about oregano this week, along with garlic, oregano is one of your primary anti-fungal natural medicines. Oregano (origanum vulgare) is a perennial herb growing to a height of 20 inches, with purple flowers and spade-shaped, olive-green leaves. It is native to warm-temperate western and southwestern Eurasia and the Mediterranean region. Oregano is well known in the Mediterranean world (Greece and Crete) for its ability to slow down food spoilage through its anti-bacterial, anti-fungal, anti-parasitic and anti-oxidant activity. It was used many centuries ago, and still is today, in conjunction with meat dishes to stop contamination of bacteria from spoilage, long before the discovery of refrigeration.

The related herbs thyme and marjoram are also effective when used as anti-microbial agents, but possess little of oregano’s miraculous healing properties. Thyme is an excellent herb for coughs however, and I have recommended it in cases of whooping cough for many years, it works particularly well in curing coughs that appear to have settled into the chest for a long time.

Oil of oregano is a completely natural substance derived from wild oregano species. The plant grows naturally in remote mountainous regions in countries like Greece and Italy. Only the leaves of the flowering plant are used and they are picked precisely when the plant is highest in essential oil. Ideally being grown wild, top quality oregano oil is grown chemical-free and the oil is extracted via a completely natural process without the use of chemicals or solvents. The oil is the source of virtually all of the plant’s active ingredients.

I have been recommending oregano oil for candida and all manner of digestive problems for many years, and find that it really works well with people who complain of candida yeast infections, small intestinal bowel overgrowth (SIBO) and those who complain in general of gas, indigestion and bloating. It is a good idea to complement oregano oil with a top quality probiotic. These natural products are compatible with each other and will often hasten recovery, especially when used in conjunction with the Candida Crusher Program. You will be interested to know that I am developing a unique Candida Crusher anti-fungal yeast eradicator, which includes wild oregano oil of the highest quality.

It is important to remember that you will not get the full benefit from oregano just by eating the leaves of the herb you have bought at your local garden center, or by eating a few oregano leaves on your pizza or in your salad. Unlike garlic, eating fresh oregano will not give you strong therapeutic benefits and it is best that you take an oregano natural medicine in from which its essential oils have been extracted.

Oregano is a superb antibacterial and anti-fungal herb; it contains many different volatile oils that are highly active against the majority of pathogenic bacteria and yeasts, including staphylococci bacteria, streptococci bacteria , and E.coli.

Furthermore, just like garlic, fungal resistance to oregano oil is exceptionally rare, it just doesn’t happen and the drug companies will never let you in on that secret! In fact, oregano is such a potent anti-fungal agent that it is capable of destroying even resistant fungal forms such as the mutated fungi which result from antibiotic therapy, I have noticed this on many occasions when treating resistant cases of yeast infection. I’m a big fan of oregano oil as an anti-fungal agent in cases of yeast infection, and believe that the best results come to those who use the powerful double-hitting combination of an allicin rich garlic extract and a carvacrol rich oregano oil. You just can’t beat the power of natural medicine when it comes to combating candida.

Keep an eye out for my Candida Crushing formulations, one of the formulations will be a anti-fungal containing the highest quality oregano oil, and by joining our mailing list (which you already are) you will be the first to know of my new product release.

How Does Oregano Oil Work Against Candida?

Oregano oil is anti-viral, anti-bacterial and anti-fungal and has even got anti parasitic qualities. It has a strong antioxidant and anti-inflammatory effect and is therefore the ideal natural medicine to use by those who suffer with yeast infections.

One of the main reasons oregano is so powerful is that it contains a chemical called a phenol (primarily carvacrol) which works in extremely low dilutions, even as low as 1 part per 50,000. Carvacrol is a chemical that has the amazing ability to destroy Candida albicans, the Aspergillus mold, Staphylococcus, Campylobacter, Klebsiella, E.coli, Giardia, Pseudomonas, and even Proteus. Another phenol constituent, thymol, boosts the immune system. These two compounds also act as free radical scavengers (preventing oxidative stress, or damage) thus preventing further damage while encouraging the body’s natural healing response.

The Therapeutic Uses Of Oregano Oil In Yeast Infections

Take one capsule of oregano oil daily with meals, build up to two or three capsules daily with meals. Take for 14 days straight then stop, repeat as required but wait one week between the two-week cycles. (Use liquid oil or open a capsule) Use the oil on or in the body. It is strong, so when using it internally, start with small amounts, like one cap daily with meals or start with two drops of the liquid oil twice daily in vegetable juice or with a meal. If in doubt or if you have a major yeast infection or you feel you are a sensitive person then please go low and start slow with liquid oregano oil, it will save an aggravation. Try taking one drop twice per day working your way to one drop four times per day then start on the caps if you can take four drops or more daily without too much drama. Mix with one teaspoon of olive oil to improve palatability and compliance. Take for a period of two weeks and then stop for one week. Then repeat the process. Don’t give up in a hurry, it can take a while to get used to oregano oil but it certainly works. Don’t be scared of pushing the boundaries and if you can take more temporarily – then do so. Oregano oil also works very well dried when used as part of an anti-fungal formula containing garlic extract, undecenoic acid, caprylic acid, clove extract and more.

(use the liquid oil or open a capsule) Oil of oregano may also be applied (sparingly – avoid use around the eyes) topically to treat itches, infections of the skin, gums, teeth, and just about any orifice in the body. Exercise care if you use it in the genital region where it is best mixed with olive oil or coconut oil before application (1 drop per teaspoon of olive oil or coconut oil/butter).

From what I believe, and in my experience, there are no side effects and oregano oil is compatible with any other natural remedy or prescription drugs.