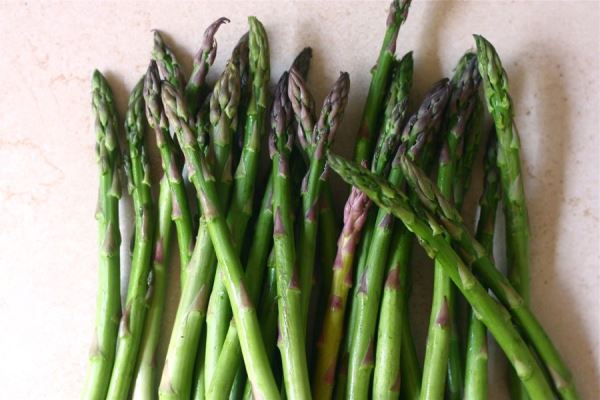 Apart from those involved in nutrition research, not many people have heard of these simple sugars until fairly recently and most people still probably have absolutely no idea what they are. When it comes to your diet, prebiotics are typically a non-digestible fiber compound that has the ability to pass through the stomach and small intestine (the upper part of the digestive system) and positively influence the advantageous (or otherwise called “beneficial”) bacteria that reside in the large intestine. Prebiotics were first identified and named in 1995 by Marcel Roberfroid

Roberfroid offered a refined definition in the March 2007 Journal of Nutrition 14 stating:

“A prebiotic is a selectively fermented ingredient that allows specific changes, both in the composition and/or activity in the gastrointestinal microflora that confers benefits upon host well-being and health.”

An interesting paper published by Roberfroid is functional foods: concepts to inulin and oligofructose.

So what exactly are these basic sugars and why are they important when it comes to our health? Oligosaccharides are carbohydrates which have 3-10 simple sugars linked together, they are positioned in between the simple sugars (the monosaccharides) and the starches (the polysaccharides). If you read the label of some foods and dietary supplements you might see ingredients listed like inulin, and I can guarantee that you probably will see this kind of sugar listed more and more in the years ahead. No doubt you will also begin to see the word “prebiotic” creeping into our vocabulary.

Oligosaccharides are found naturally in many plants in tiny amounts. Some plants contain large amounts including chicory root (from which most commercial inulin is extracted) and especially the root crop Jerusalem artichokes (they actually belong to the sunflower family).  Oligosaccharides are also found in garlic (and the rest of the onion otherwise know as the ‘allium’ family, including leeks, red and brown onions, spring onions (scallions) and shallots), legumes (like chickpeas, adzuki beans, pinto beans, mung beans, etc.), rye, asparagus, and various other plant foods. It is estimated that many people who live in America will be getting on average about 1-3 grams naturally in their diets each day, while people who live in many European countries will be achieving on average between 3-10 grams.

Virtually all oligosaccarides are known to have a mildly sweet taste and a reasonably agreeable texture which has sparked the interest of the food industry, not only because people like sweet foods, because these kinds of sugars have been shown to have various health-promoting benefits. Unfortunately, the past few years an increasing amount of oligosaccarides are beginning to be produced synthetically. Once it was discovered that the human digestive system has a hard time breaking down these oligosaccharides, and over 90 percent escape digestion (in the stomach and small intestine) until they reach the colon where they benefit the probiotics, the race was on to produce increasing amounts of inulin in particula for the ‘functional food’ industry.

I always encourage my patients to eat whole plant foods containing plenty of oligosaccharides, and always recommend slow introduction at first. These are the polyphenol rich foods and have a tendency to be the brightly colored foods.

Don’t just focus on fermented and cultured foods in your diet, or foods high in oligosacchardies when it comes to improving your digestive health. I encourage my patients to consume moderate fats, moderate proteins, and to consume a diet rich in variety, rich in fiber, whole grains, whole grain rice, oats and rye (if gluten is tolerated), legumes, fruits, vegetables and nuts.

Think of consuming foods that feed up the ‘friendly’ or beneficial bacteria in your digestive system. Prebiotics tend to be hard-to-digest food ingredients that can be metabolized by probiotics, the beneficial microorganisms living in your digestive tract. Gibson and Roberfroid 1995

Special foods that contain high levels of oligosaccharides which benefit our friendly bacteria are foods rich in:

• The Fructooligossacharides (The FOS Foods)

• The Galactooligosaccharides (The GOS Foods)

The prebiotic foods are the foods that tend to contain special kinds of carbohydrates that our digestive system can’t digest. The important point is to remember that it is the beneficial bacteria in our large intestine that ferment FOS, GOS and inulin not only convert this process into a small amount of cellular energy, the beneficial bacteria that become healthy in this process confer many different health building factors to us as their host.

I have designed my own range of specialized dietary supplements for people with Candida yeast infections, SIBO and many different kinds of functional digestive health problems for a good reason. It is because after almost thirty years of clinical practice I’ve noticed that some products work reasonably well, others not at all and yet others have the tendency to really aggravate. So what is going on? My CanXida supplement range does not contain any prebiotics for a very good reason. There are many different studies 15,16 that have shown that prebiotics such as inulin and FOS potentially have the undesirable ability to stimulate the production of various pathogenic bacteria and even yeasts like Candida albicans. My own clinical research conducted over more than twenty years has uncovered that many patients with major Candida infections or SIBO (small intestinal bacterial overgrowth) are in fact highly sensitive to prebiotic sugars added to dietary supplements, and can even be aggravated with symptoms ranging from mild to severe when taking any products containing them. Prebiotics have been shown to cause different kinds of problems for people with candida yeast infections and SIBO , and in most instances any aggravations that occur after taking any dietary supplement containing them will often be viewed as a “die-off reaction”.

Inulin or FOS when supplied in a dietary supplement may potentially promote the growth of lactobacillus bacteria, but what other potentially harmful bacteria are being fed at the same time? Prebiotics should (theoretically speaking) only feed the helpful and beneficial bacteria, but what dietary supplement manufacturers won’t disclose to you is that added prebiotics can also be used as food by disease-producing bacteria as well as yeast.

The makers of candida products make claims such as ‘FOS and inulin feed only beneficial bacteria’, when in fact this this is a scientifically inaccurate statement. Studies15 have also revealed that prebiotics in fact encourage increased intestinal permeability (leaky gut syndrome) as well as the growth of different kinds of bacteria, such as Klebsiella; bacteria implicated in the autoimmune disease Ankylosing spondylitis. Although Klebsiella is present in the large intestine of majority of the population, like candida, it is harmless in those with a healthy digestive system. Klebsiella activity in the intestinal tract is carefully controlled and kept in check by the beneficial bacteria, but once it gets to other areas of the body like the urinary system, the prostate, lungs (pneumonia), the blood stream (poor wound healing), it can becomes a major cause of serious infection, and even chronic illness. Secondly, many different kinds of yeast are able to use inulin/FOS for energy and food, including Candida albicans, Candida tropicalis, and many more.

It is important for you as a consumer to be aware that there are several enzyme/probiotic candida formulations in addition to the many different kinds of pro-biotics that contain “pre” biotics such as fructo-oligo-saccharides (FOS) or inulin fiber. Two commonly available products that target candida containing prebiotics include Syntol, and Three Lac. The reason I stopped using these products in my clinic several years ago was because of the regular stream of phone calls and emails my office manager received because of adverse reactions.

It is my opinion that the potential outcome for a person with Candida or SIBO who regularly uses dietary supplements containing inulin or FOS (who has not managed to control their imbalanced bowel flora, i.e; Candida infection or SIBO) can result in an overall worsening of any of their complaints like to this imbalance such as gas, bloating, digestive aches or pains, constipation or diarrhea, bad breath, dull headaches, fatigue, and even joint, muscle pain and even brain fog. The bottom line is that the absence of prebiotics will ensure that your probiotic formulation is a more gentle and significantly more effective formula with a Candida yeast infection or SIBO than products on the market containing FOS or inulin. Buyer beware.

Your Gut Flora Will Change For The Better

There are many different beneficial bacteria that improve when non-digestible oligosaccharides are regularly consumed, but the two main beneficial probiotic bacteria the bifidobacteria and lactobacilli are the ones especially that seem to thrive the most on these prebiotics.Various studies have revealed that when people regularly consume prebiotic oligosaccharides, the bacterial composition of their gut flora changed. The numbers of bifidobacteria and lactobacilli increased significantly in comparison to any yeasts or pathogenic bacteria present.

As I mentioned earlier, food manufacturers are starting to pay attention to prebiotics because they taste nice and sweet and are very low in calories. There are many different kinds of foods that now contain inulin and FOS and you will find increasing amounts of foods such as salad dressings, table spreads and dairy products will be containing them. The texture of inulin has been described as a fat-like and creamy texture, making it a good substitute for fats in various processed foods whereas FOS (fructo-oligosaccharide) has a sweet taste and is around 30 percent as sweet as sucrose.

Did you know that breast milk is an excellent source of oliosaccharides? This may partly explain why breastfed infants tend to suffer from fewer infections than those who are formula fed at an early age (Boehm and Moro 2008). Breast milk’s most important role may well be in preventing infant infectious disease and boosting immunity by cultivating a healthy balance of beneficial bacteria in the digestive system. In fact, many researchers now believe that mammalian lactation originally evolved in fact as a protective, not a nutritional, adaptation.

Here are a few good research papers highlighting the benefits of breast milk and immunity:

There are many different food sources that contain  FOS, GOS, and inulin, but they are found in high levels in particular in the following foods: 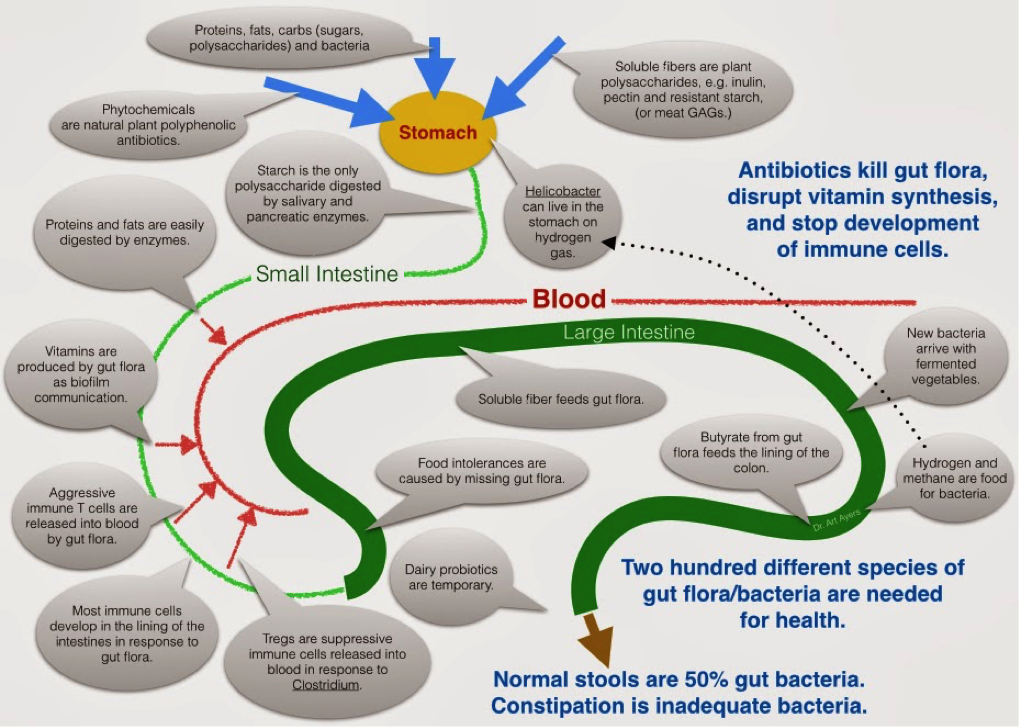 Prebiotics Nourish and Feed The Survivors

Prebiotics are a typically a non-digestible fiber found in certain foods (or supplied in dietary supplements) that pass through the upper digestive system undigested, selectively stimulating the activity and growth of the ‘advantageous’ bacteria that have formed colonies in the large intestine primarily by acting as a food for them.

Prebiotics are resistant to heat, which means they remain intact during cooking, allowing them to be incorporated into our daily food choices. The regular consumption of prebiotics allows our digestive system to grow healthy levels of Lactobacillus and Bifido species of bacteria in particular.

The Difference Between Prebiotics and Probiotics

Prebiotics are insoluble dietary fiber that stimulate the growth of favorable bacteria, whereas probiotics are live micro-organisms contained in foods and dietary supplements we consume. Modern high quality probiotic dietary supplements remain intact throughout the digestive processes and are best consumed with foods as they require moisture and foods themselves to thrive. Pre and probiotic combinations have become popular the past several years and many foods are currently being developed as ‘functional foods’.

You may like to continue reading: How Do Probiotics Work?

Next Post: Natural Alternative To Antibiotics, NSAIDS and PPIs – Part 3