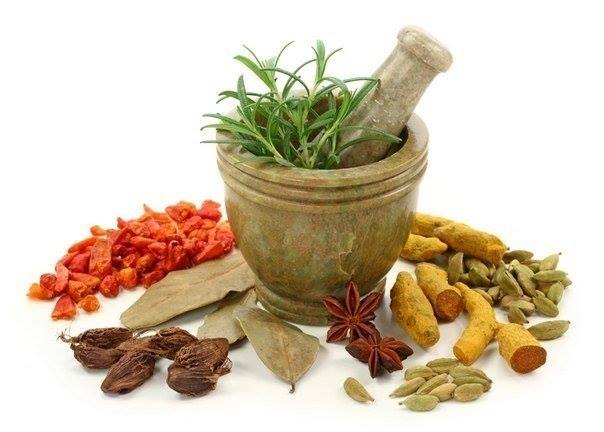 For simplicity, I have used the 1940’s as a dividing line between the pre-antibiotics and the antibiotic era. Before the 1940’s there were in fact no antibiotics, how did parents handle sick kids? What did people do with infections? How did health-care professionals actually treat infections? A common-sense approach was not to treat the infection but to let the body fight in naturally. Doctors in bygone days would encourage the body to build up natural resistance and only when the body was clearly not winning the battle was any intervention required.

People depended primarily on herbal medicines and various folk cures, most countries had their own form of herbal medicine and a doctor or herbalist was ready to help in the treatment of infections. In most cultures, the empirical knowledge of cultivating, wild crafting and using herbal medicines was passed down from one generation to the next. Doctors depended to a great extent on natural substances and even used elements such as iron, cannabis extracts and antimony. Most doctors in Germany were trained in homeopathic medicine and from the 1840’s through to the 1920’s homeopathic medicine was extremely popular throughout Europe and North America. In the early 1900’s though, the AMA (American Medical Association) gained strong political lobby and shut down nearly all of the homeopathic hospitals and colleges. By 1920, only 7 of the many hundred establishments remained, and today they are all but gone. It is important to understand the use of ‘mother tinctures’ by homeopaths; a mother tincture is a potent solution of a plant-based substance and alcohol made according to standards set by the HPUS (Homeopathic Pharmacopeia of the United States). Homeopathy today is just about gone, it happened one hundred years ago and it is happening all over again. Perhaps in the future when the ridiculous profits are no longer associated with healing will it make a significant comeback. Most all ‘medical research’ today is still sponsored by pharmaceutical interests and medical students are taught pharmacology as the primary route of treating patients.

Herbal medicines were still being regularly used even in the mid 1930’s my medical doctors according to my volume of “Treatment In General Medical Practice” (Articles for the British Medical Journal, 1936) Diseases such as albuminuria and nephrosis were treated in 1936 with extract of licorice.4

Before the 1940’s, the treatment of common infections were depended on:

The Dangers Of Routine Antibiotic Prescribing

In my clinic I see patients on a daily basis who have been affected by antibiotic drugs. A common scenario is that the patient was treated in the past for acne for tetracycline or trimethoprin for a UTI, and they have never been well since. Candida yeast infections become a reality for all too many patients.

It is not uncommon to find that a child with a behavioral problem was treated routinely with antibiotics in the past, for example an ear infection, a cough or a sore throat, and often times they will have been recurrently. Soon thereafter, changes may begin to occur. There could be developmental delays, speech development may stop, and within a few weeks or months the child may become unresponsive and lose interest in his parents and surroundings. Concerned parents then take the child to various specialists, and finally come up with a diagnosis of autistic spectrum disorder. Worried mothers may have their children in and out of medical clinics and unfortunately there are still doctors who still routinely prescribe antibiotics (even for the tiniest of cuts and abrasions that respond to Tea Tree oil), despite the fact that not only the malevolent bacteria are destroyed but also the friendly bacteria such as Lactobacillus and Bifidus species.

The yeast remaining behind now thrives, as they are not susceptible to the influences of antibiotics (some classes of antibiotics in fact are made from yeasts such as Penicillin), and with recurring prescriptions the bacteria left behind become more increasingly resistant to antibiotics.

Post 1940’s, the treatment of common infections showed an increased reliance on sulpha drugs and antibiotics. While antibiotics are potentially life saving and present an amazing advancement in medical science, their time is just about up. We were promised that the scourge of infectious disease would be gone for all-time and that all humans would end up ‘living in an infection-free world’. The reality is that bacterial resistance is advancing at an alarming rate to the point where doctors are seriously concerned about our future as a species on this planet. Antibiotics are being rendered useless by the very bacteria they were intended to destroy. Antibiotic-resistant bacteria sicken more than two million Americans each year and account for at least 23,000 deaths. The main cause is the chronic overuse of antibiotics.5

I encourage you to look at the following web-links and read the reality of how useless these ‘wonder’ drugs will be in the future. It makes you wonder why more research and money wasn’t invested originally in the early days into the very best natural medicines to counter infectious disease.

Acute allergies or hypersensitivity reactions to an antibiotic are in fact one of the most common drug-related side effects leading to ER admission. Almost 50 percent of ER visits to many hospitals are due to antibiotic reactions in the penicillin class of drugs, and a further percentage are due to a wide variety of antibiotic drugs used to treat a wide variety of infections. Children under one year of age have been found to have the highest rate of antibiotic related side effects.6

Mild reactions may result in a skin rash, and I see these commonly in my clinical practice after a patient is prescribed an antibiotic. They are then treated with another ‘anti’ drug, an antihistamine, to counter the response. More severe allergic reactions can include anaphylaxis leading to wheezing, shortness of breath, hives and swelling of the face including the tongue and lips. Such medical emergencies need immediate ER attention or they could result in death.

My mother-in-law had a severe anaphylactic reaction several years ago after taking only one capsule of erythromycin for a cough that almost cost her life, and it was only the quick thinking by her doctor that had saved her. 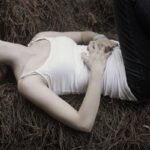 Antibiotics almost always disturb the intestinal flora, especially the Lactobacillus acidophilus and Bifidobacterium bifidus species. Such disturbances have been linked to irritable bowel syndrome and inflammatory bowel disease like ulcerative colitis and even colon cancer. In my clinical experience, antibiotics nearly always lead to some form of digestive problem and problems can range from short term (4 to 6 weeks) right through to “never been well since” (NBWS) an antibiotic prescription, even twenty years or more after the drug was prescribed. It is important to always therefore establish if a person’s digestive problem started after they were prescribed an antibiotic or if they have NBWS.

Research has shown that 25 percent or even more of all patients who have been taking an antibiotic go on to develop antibiotic-associated diarrhea.7 The eradication of the beneficial bacteria often results in the overgrowth of infectious bacteria such as Clostridium difficile as well as Candida albicans.

Antibiotics are known to change the normal flora balance in the mouth, throughout the GI tract, vagina, groin, axilla, leading to an overgrowth of potentially many different fungal species. Candida albicans is a common fungus normally present in small amounts in the GI tract, mouth, vagina, and even on the skin and when kept in balance does not generally cause any disease or symptoms. Candida however may take over when there is limited competition from bacteria due to antibiotic treatment.

After having treated countless patients over the years with gastrointestinal problems ranging from mild to most severe and debilitating as well as many women suffering from chronic vaginal thrush and men with ‘incurable’ cases of jock itch, I have come to the conclusion than in most all these cases the patients had a history of antibiotic use.

Next Post: Natural Alternative To Antibiotics, NSAIDS and PPIs – Part 4