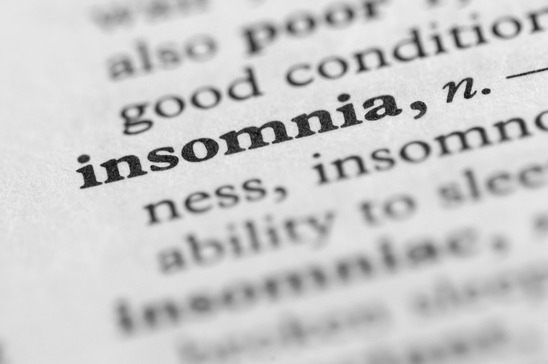 There is no doubt, lack of sleep is becoming an increasing concern to health care professionals and affecting most Western nations. Professor Foster claims that people who try to get by only little sleep could be so impaired they may as well be drunk.

Many studies have shown that a lack of sleep not only raises the stress hormone cortisol, resulting in an increase in blood pressure, stroke risk, multiple digestive disorders, mood swings, cognitive impairment, it in fact is a higher risk for developing cancer than being poisoned with PCBs (poisonous chemicals) are.

There is a culture of “I can get by with only five hours of sleep” attitude that needs changing according to Professor Foster, who believes that we should be looking at these kinds of attitudes that we do today with those who smoke.

Sleep deprivation in the 21st century increases the risks not only in occupations such as transport and healthcare (doctors are tired, stressed and burned out) it also impairs and even damages a person’s ability to form crucial decisions. A lack of sufficient sleep damages a whole host of skills such as processing information, empathy, and our ability to handle people, turning tired people into cranky, impulsive and even aggressive human beings.

Professor Foster explains that the recent decisions made by banking institutions during the Greek crisis went on for many hours through the night, with the resulting outcomes being made by people who almost certainly lacked sufficient sleep resulting in decisions being made when their skills were impaired.

It is interesting to note however that Margaret Thatcher and Winston Churchill both slept only around four to five hours through the night, although Churchill wisely insisted on a two-hour afternoon nap. This no doubt would have boosted his flagging afternoon cortisol levels, sparing him from inevitable adrenal fatigue.

Foster believes through his research that those who get to bed too late and who rise as early as four o’clock in the morning trying to process information will do so under similar conditions as those who are legally drunk, as if they had consumed a few shots of whiskey or several beers.

Research conducted at the University of Warwick in 2012 found that people who slept fewer than six hours each night were a staggering 12 percent more likely to die before the age of 65 than those who slept for at least eight hours. Evidence has also been found that increased health risks posed by those who do regular night shifts like nurses and taxi drivers was also compelling. Working the graveyard shift has been shown to speed up the aging process, reducing a person’s immune response and is linked with increasing risks of many different kinds of cancers, heart disease as well as diabetes mellitus, otherwise known as Type 2 diabetes.

In my clinical experience, I’ve found than many patients who consult me online by way of Skype or Face Time (Mac) from over 40 different countries all share one common issue when it comes to maintaining good health, they lack sufficient sleep. You may like to read my article on insomnia. I’d like you to assess your sleep, and if you fall into the category of the thirty percent of people who have some kind of sleep problem you may like to investigate why this is occurring, because insufficient sleep is now becoming a world-wide epidemic that needs serious attention! If you wake too early and work you may find that your cortisol levels will rise too high at this time of day, impairing your sleep that follows in the evening ahead, as overactive adrenal function leads to insomnia.

Next Post: Is Your Drinking Getting In The Way Of Your Living?