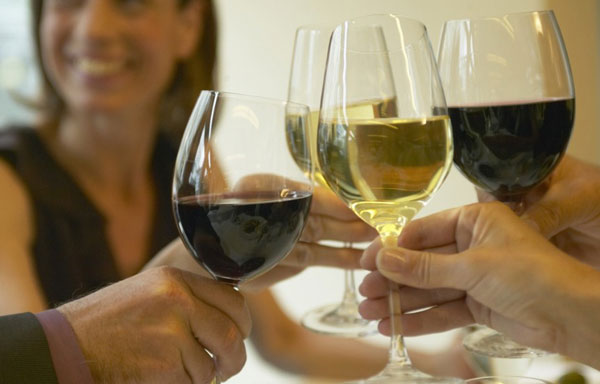 Are You An ‘At Risk’ Drinker?

The fact is that alcoholics can drink considerably more than that, and functional alcoholics can easily consume seven or even many more units in any one day and yet appear to remain not intoxicated and even quite capable of leading a reasonably normal life. Why is this so you ask? It is because they have developed a tolerance of alcohol because they have consumed moderate amounts over a prolonged period of time, thereby allowing their liver to become used to increasingly larger amounts of alcohol.

There are many ways an at-risk drinker can be defined, and I don’t believe it necessarily comes down to how much alcohol you actually consume on a daily basis. For example, if you look at your lifestyle right now, do most of your friends drink or match your level of drinking? Have you noticed that alcohol forms an important part of your social rituals and that you think about having a drink regularly? Do you make it a big deal and announce to family and friends that you are thinking about cutting back or having ‘alcohol-free days’? Do you find it hard to go shopping and not think about whether or not you should be buying your favorite tipple? These are all ‘at-risk’ behaviors as far as I’m concerned.

People who drink moderate amounts of alcohol on a daily basis will be doing damage to their liver’s health, regardless of how they feel. I’ve learned through my clinical experience in working with patients for almost three decades that people often under estimate not only how much they drink, they also tend to grossly underestimate the damage they are doing to their liver, digestive system and health in general. For example, most people who drink red wine don’t think they are doing their health any harm, after all – A few glasses of red wine is supposed to be good for you. British research many years ago found this to be false.

Regularly drinking too much alcohol can cause liver, kidney and brain damage, memory loss and high blood pressure, and it is also linked to several cancers. The other thing you will need to be aware of with alcohol is that drinking regular moderate amounts can result in risky or even down right dangerous behavior like regularly being in argumentative moods or being sexually promiscuous, or drink-driving leading to traffic accidents. I’ve also noticed that those who drink a much more likely to have accidents like falling down stairs or from ladders, having power tool accidents, etc.

Often we don’t realize we are drinking too much until it starts to cause problems with our life.

I grew up in a household with an alcoholic stepfather who drank an increasing amount of alcohol for many years. John was a typical ‘high functioning’ alcoholic, particularly in his twenties, thirties and right through to his late fifties when his drinking increased to the point that he became entirely dysfunctional. In addition to a liking for whiskey, he also smoked more than thirty unfiltered cigarettes daily and loved sweet foods. John drove a car for many years, held down a good job and had a high level of functionality in everyday life. It wasn’t really until he got to his mid fifties that his life and particularly his liver began to fall apart. Age had finally caught up with him. John was a charming guy before his brain and liver became wrecked from the proceeds of Johnny Walker Red, and he dropped dead one day at the age of 62 after suffering a serious stroke.

Even though John drank most of his adult life, when he was younger he certainly didn’t fit the stereotypical image many people have of alcoholics, and it is important to understand that not all problem drinkers are the same because they come in many different shapes and sizes. There are plenty of alcoholics out there just like John who knock back that much booze that they are technically abusing their body with alcohol, yet they appear to everybody in their social and professional circle to be a perfectly functioning normal human being in society.

Heavy drinkers can be high achievers, and many alcoholics are in fact workaholics, they can be very successful at their occupation, have perfect marriages and be great fathers. They can appear to be completely in control of their life and well respected members of society, after all they like to drink like much of society anyway so what is it that makes them any different to others? Fact is, they think too much about the drink and they start to drink in increasing amounts and may even begin to hide their drinking. Eventually the cracks begin to show and they can’t live without their favorite tipple.

It is that it is only a matter of time before a heavy drinker’s life starts falling apart and that they develop alcohol-related problems, whether it is in the form of a very sick liver. John was in intensive care on three separate occasions with acute liver failure. Alcoholics almost always end up on the wrong side of the law and inevitably get caught drink driving, John was involved in countless motor vehicle accidents and on one occasion entirely destroyed not only his own car but several other motor vehicles, resulting in significant traffic infringements and a loss of drivers license over five times. On several occasions he escaped prosecution by leaving a smashed-up vehicle and other people’s property behind. The law can only prosecute a drink-driver who is caught in the act. Relationship breakdowns and being fired from their job is the norm. My mother was ‘co-dependent’ and threw him out of the house more times than I can remember but John always promised to ‘stop drinking’, sobering up in a half-way house for several weeks before finding his way back to her house.

John wasn’t always like this; he started off in his teens drinking at parties, then the drinking increased during his time in the Air Force and eventually he started drinking increasing amounts at home. By the time John was in his late twenties he discovered that he couldn’t father children, giving him a valid reason to drink increasing amounts of alcohol. His first marriage ended after he was caught cheating and his drinking continued along with a string of disastrous relationships and eventually he graduated from beer to whiskey. Alcoholics often have one person who supports their drinking by being ‘co-dependent’, they are cared for and supported in their belief that their drinking isn’t abnormal and that ‘others have got it all wrong’ or that they are ‘the underdog’ in society.

When I was in my early twenties I started drinking increasing amounts of alcohol myself, a habit that was naturally supported and encouraged by John, who would always ensure that a cold beer was waiting for me at home. Drinkers naturally like being around others who support their behavior and often seek out and nurture friendships with people who tend to match their level of alcohol intake.

I used to drink on a regular basis many years ago but quit and once I started studying natural medicine. As soon as I realized that I was slowly undermining I made the decision to quit. But by the time my four children had reached their teenage years I started to notice that my drinking had somehow slipped back into my life and had crept up to a regular basis once more. I was drinking at least two glasses of wine most days and more on the weekends with friends. Today I rarely drink and only on a rare occasion have a glass of wine at a wedding or at Christmas.

Previous Post: Lack Of Sleep Will Result In A Shorter Life

Next Post: Natural Alternative To Antibiotics, NSAIDS and PPIs