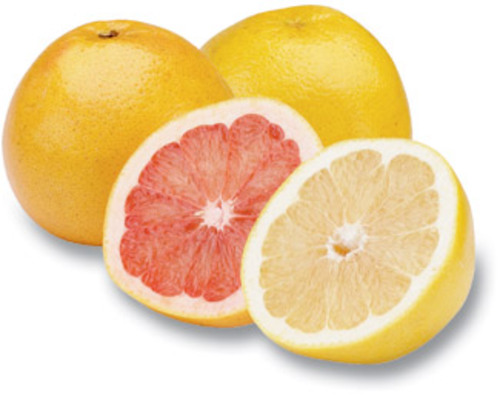 Grapefruit seed extract (GSE) is made by converting grapefruit seeds and their pulp into a highly acidic liquid. After processing, filtering and distillation a yellow, viscous and quite bitter liquid is left to which a sweet vegetable glycerin is added to improve the taste. GSE can be obtained in both liquid and dry form, and you will find it in The Candida Crusher product. Dr. Jakob Harich in Florida, USA, discovered grapefruit seed extract in 1972. He found that the extract from grapefruit seeds not only inactivated viruses, but also yeasts, other fungi and parasites.

Its commercial use initially began in the agricultural industry after scientists found out it could stop the growth of mold on foodstuff. Hospitals began to use it as an antiseptic and to clean surgical equipment and it has even been used in swimming pools as an alternative to chlorine to kill harmful microbes. GSE has been extensively researched, but mainly on farm animals and widely used since the 1980’s in both Europe and the United States. The renowned American Research Institute has found GSE to be effective in the treatment of over 800 different bacteria and viruses and over 100 yeast and fungi species, in addition to inhibiting and killing many different species of parasites.

I have been using GSE increasingly more in my practice over the past ten years, and consider it to be in my “top three” when it comes to candida. But why would I rate it so highly? Simple, it works, and it works consistently and reliably time and again. But there is a further reason and that is I’ve noticed that most all of the stool testing I have completed over the years have revealed that candida is very susceptible to the effects of GSE, as well as caprylic acid and capric acid. These three killers appear to consistently rank the highest in the sensitivity panels of the CDSA x 3 tests (Comprehensive Digestive Stool Analysis x three stool samples).

GSE Is A .45 Caliber Yeast Killer

Let me give you an example of candida killing power. I have a patient who hunts deer in the South Island of New Zealand who once told me of a particular rifle that he favors, and the more he has gone deer hunting using various other high powered rifles, the more he favors this particular rifle. He has been hunting deer for over 30 years and has a collection of over two-dozen different hunting rifles, but there is one particular gun that he likes overall. When I asked him why, his reply was simple: “It’s the most consistently reliable gun I’ve ever owned, it is accurate in a wide range of conditions and outperforms most of the other rifles. It is half the price of my best rifle yet I’ve had more kills and trophies with it than any other gun”. This is how I feel about GSE and candida, it outperforms most all other anti-candida products and it has a consistent and reliable mode of action with a wide variety of pathogens like yeasts, bacteria and parasites, even when compared with those expensive cutting-edge candida supplements that seem to come out every year. I’ve tried them all but keep coming back to GSE as part or my Candida Crusher Formula when it comes to killing yeast. Why settle for a water pistol when you can get a .45 caliber? Be sure that your candida formula contains GSE, the Dirty Harry of yeast killers.

How Does GSE Work?

Recently, Scientist Dr. Sung-Hwan from Korea discovered by electron microscope that GSE works by altering the cell membranes of bacteria and yeasts, and the loss of the cell membrane can actually be seen under high magnification, in addition, he also discovered that GSE inhibits the pathogenic cells enzyme activities. How exactly it work on viruses remains to be seen, since viruses are incredibly tiny cells which are coated in a protein that is virtually impossible to penetrate. We do know that GSE does work on a virus, as there have been some good successes in using GSE with hepatitis for example.

Although we know little about its mode of action, we do know a lot more about how GSE is effective in so many different conditions. Does it matter? We started using Aspirin as a medicine in 1899, but only since the 1960’s have we really understood how this anti-inflammatory works.

Once we really understand how this incredible natural antibiotic called GSE works, it will far surpass Aspirin, antibiotics, and the many other current expensive and patented wonder drugs that are quickly becoming useless against bacteria, creating superbugs like MRSA.

The Many Uses Of GSE

GSE can be used in the treatment of many different conditions, and it can be used even more successfully when used in conjunction with other candida products such as caprylic acid, capric acid and undecylenic acid. The most effective uses of GSE, apart from candida and intestinal complaints, are as follows:

No Friendly Fire with GSE

It is amazing how many soldiers in battle end up dying by way of friendly fire; accidentally by their own troops. This collateral damage occasionally does occur unfortunately, and       it is sometimes difficult to avoid. No such problem with GSE, this is one powerful yeast killer that will not cause any collateral damage. A comparison with more than 30 commonly used antibiotics and anti fungal candida supplements gave similar results GSE, however, the difference being that GSE is not detrimental to the immune system and unlike antibiotics, GSE does NOT destroy any beneficial flora.

If you decide to take GSE as a candida supplement on its own, more so if you want to take GSE in very high and sustained dosages, it pays to be cautious if you are taking certain prescribed medications, if you recognize any of the drugs below that you may be on, then check with your doctor first before you go out and buy liquid GSE drops. Although the Candida Crusher formulation which you will be able to purchase soon does contain GSE, the level is sufficiently low enough not to interact with your medication, this caution applies primarily to eating grapefruits, drinking grapefruit juice or taking GSE in high dosages for weeks on end. I consider a high dose to be 15 – 20 drops up to four times daily in water or juice.

The same goes with drinking grapefruit juice or eating grapefruit regularly, which is not a good idea if you take certain drugs as listed below. What you do on a short-term and irregular basis will not generally pose a problem, it is when you do something sustained and prolonged that it could be an issue.

Grapefruit and grapefruit seed extract contains a flavonoid called naringenin. Naringenin is a natural compound found in fruits such as grapefruit, oranges and tomatoes especially, which has antioxidant and anti-inflammatory effects. Only grapefruit contains the highest levels of naringenin, this is not so with oranges or tomatoes, so don’t worry about them. It is important to keep in mind that naringenin can interact with a number of pharmaceutical drugs, altering and influencing their blood levels.

Naringenin has been shown to have an inhibitory effect on a certain liver enzyme (human cytochrome P450 isoform CYP1A2) which can change the way some drugs work in your body by making them much more toxic than they normally would be, even resulting in creating carcinogens (cancer causing) of otherwise relatively harmless substances. We call this “upregulation”. In France and some other countries, immunosuppressive or antiviral drugs are administered along with the advice to drink small amounts of grapefruit juice regularly to allow the drugs to remain longer and at more sustained dosages in the body.

Drugs Affected By Grapefruit Include:

Is GSE Safe To Use?

Don’t freak, I don’t want to needlessly alarm you and frighten you away from using GSE. Just like anything high-powered, in the wrong hands it can be a hazard but when used skillfully it can be one of your best friends. Is this stuff safe to use? Absolutely, it has been estimated that you would have to take 4,000 times the normal adult oral dose to risk a 50% chance of poisoning. But there are a few precautions you should take nevertheless. I am more concerned with adults taking Acetaminophen (Paracetamol) that kills over 450 people each year in the USA, according to the FDA.

I have developed a product called CanXida Remove, it contains Grapefruit Seed Extract (standardized dose) along with many other of the best antifungal, antibacterial and anti parasitic natural medicines and is one of the leading candida crushing products on the market.

Candida Crusher was my first book and was released in 2013. When you see the contents section you will understand why the book has been so well received. This is a 712 page book that will be found most useful by not only those who have a Candida yeast infection, but also by those who are interested in learning more about diet and lifestyle, stress and health, detoxification and many other aspects influencing health in general. It is an excellent book for those who have a chronic illness they just can’t seem to beat, and is based on 26 years of naturopathic practice. Candida Crusher is the most comprehensive book of its kind yet written about curing a yeast infection. It has become very popular and has sold in over 50 countries the past year, thank you all for your wonderful feedback. Click here to look at the contents section inside the amazing book. Click here to read more about Candida Crusher