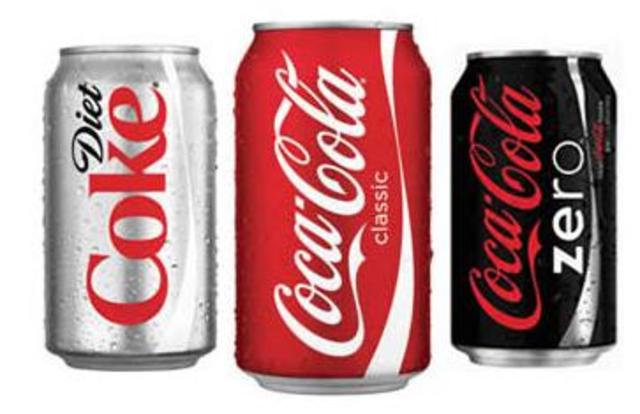 Diet soda linked to stroke. Finally – a study is linking diet soda drinks with an increased risk of having a stroke. I’ve often wondered why people need to drink these fizzy poisons on a regular basis, and then expect not to pay the price further down the track. New research raises concern about diet soda beverages finding higher risks for stroke and heart attack among people who drink it everyday versus those who drink no soda at all.The beverage findings should be “a wake-up call to pay attention to diet sodas,” said Dr. Steven Greenberg. He is a Harvard Medical School neurologist and vice chairman of the International Stroke Foundation in California, where the research was presented on Wednesday.

A simple solution, health experts say, is to drink water instead!

Doctors have no chemical or biological explanation for why diet soda may be risky. It could be that people who drink lots of it also fail to exercise, weigh more, drink more alcohol or have other risk factors like high blood pressure and smoking. However, the researchers took these and many other factors into account and didn’t see a change in the trend.

“It’s reasonable to have doubts, because we don’t have a clear mechanism. This needs to be viewed as a preliminary study,” said lead researcher Hannah Gardener of the University of Miami.

The numbers come from the Northern Manhattan study, which enrolled about 2,500 adults over 40 in the New York area from 1993 to 2001 through random phone calls. Participants filled out a standard survey about their diets at the start of the study, and their health was tracked for nearly 10 years. In that time there were 559 strokes or heart attacks, 338 of them fatal.

Daily diet soda drinkers (there were 116 in the study) had a 48 percent higher risk of stroke or heart attack than people who drank no soda of any kind (901 people, or 35 percent of total participants). That’s after taking into account rates of smoking, diabetes, waistline size and other differences among the groups.

No significant differences in risk were seen among people who drank a mix of diet and regular soda.

Earlier studies have tied diet and regular soda consumption to greater risk of diabetes and a group of weight-related problems called the metabolic syndrome. Other studies have revealed a connection with these toxic drinks and neurological diseases like Parkinson’s disease.

Some diet soda critics have suggested it can promote a sweet tooth, affecting behavior and how much of a person’s diet comes from sugary sources rather than healthier fruits, vegetables and grains.

These sorts of studies just observe groups of people and are not strong enough evidence to prove risk.

“It’s too preliminary to suggest any dietary advice,” but other big studies should look at this question, Gardener said.

Greenberg, of the stroke association, called it “a real-world” look at possible risk.

And naturally, Dr. Maureen Storey, senior vice president of science policy for the American Beverage Association, said in a statement that there is no evidence “that diet soda uniquely causes increased risk of vascular events or stroke.”

“The body of scientific evidence does show that diet soft drinks can be a useful weight management tool, a position supported by the American Dietetic Association. Thus, to suggest that they are harmful with no credible evidence does a disservice to those trying to lose weight or maintain a healthy weight.”

The bottom line is that if you really need to continually have these artificially man-made toxic drinks, you are going to have problems with your health sooner or later. Same goes for many packaged foods available from your supermarket. The ideal solution is to stick with natural fruits, vegetables, beans, etc. as much as possible. Either raw, or lightly cooked. Unfortunately, even moderate cooking destroys some of the essential enzymes that your stomach needs to digest these foods. You also must remember to chew all your food thoroughly before swallowing. This also cuts down on the production of gas and heartburn if the food is fully mashed before it gets to your stomach. After all, your stomach isn’t a blender. Just try your best to limit your consumption of soda drinks, whether they be diet or non-diet, as well as processed or packaged foods. Learn to read the labels, and know how much is too much for you.