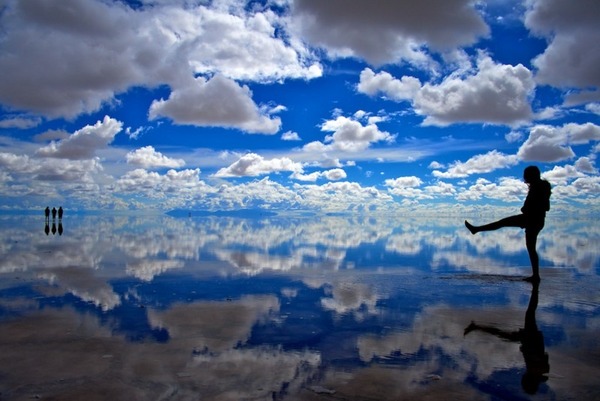 This page explains the benefits and advantages of consuming real salt – Hand Harvested Celtic Sea Salt, sourced from Brittany in France.
This ensures a pure, unrefined, fully mineralised, well balanced sea salt of the highest potency certified by two of the world’s most respected associations, “Nature et Progres” of Europe and the “Biological Farmers of Australia” (BFA).  This certification can only be achieved through rigorous scrutiny of place of origin, importing/freighting methods and the repackaging areas.

Is your Himalayan Salt approved by any respected organic association? Probably not – as there are 17 mining sites in Pakistan where Himalayan Salt is sourced, and some of these mines use methods which leave a lot to be desired. Salt should never be harvested using metal, nor stored in any concrete holding containers. Your guess is as good as mine if your Himalayan Salt is sourced and harvested with the same amount of care which goes into the Celtic Hand Harvested Sea Salt.
The following information represents an examination of worldwide research with excerpts from the Newsletter of Advanced Therapies published by The University of Natural Healing Virginia U.S.A.

Do you know the difference? According to Dr. Jaques de Langre Ph.D., one of the world’s leading proponents of natural salt. “Eating the good salt, (hand harvested Celtic sea salt) makes it easier for the heart to contract and pump, yet a basic lack of knowledge has for years promoted the myth that all salt is bad for you!”

Just like the old myth that “fat makes you fat”, the forty-year old myth that avoiding salt will help you live longer is just that… an uninformed myth. Consequently, the health food establishment has inadvertently gone along with this widely promoted premise and as a result they solemnly tell you that avoiding salt will help lead you into the land of
everlasting health. Overwhelming scientific research now proves that for most of us, it definitely will not.

What is not understood about salt is that…

Salt Is Not a Poison

The prevailing viewpoint of modern medicine is that salt is a general poison, like alcohol and tobacco. People have been taught since childhood that “salt causes high blood pressure”. The truth is that nature put 74 elements in natural salt as a buffer to protect us from sodium chloride, consequently natural sea salt actually lowers the blood pressure, because it removes the excess sodium from the tissues.

To present the case for “The Good Salt”, we have gathered information from several of the world’s leading proponents of salt, like Dr Jacues de Langre the renown Californian biochemist. Dr. de Langre has been studying the health benefits of salt (especially Hand-Harvested pure Sea Salt) for over thirty years. Dr Jacues de Langre has a Ph. D., in biochemistry from the University of Brussels. He has compiled books, cassettes, and a video “Crystals From the Sea”. Dr. de Langre recommends a special unrefined French sea salt for all people with high blood pressure and heart problems. His approach defies orthodox medical logic.

The opinions of Dr. de Langre are obviously 100% counter to established beliefs. No one, not even orthodox doctors go as far as Dr. de Langre, in his universal recommendations for the good salt  Hand-Harvested Sea Salt. Dr. de Langre openly agrees that refined salt (pure sodium chloride) is toxic to the body and can cause high blood pressure, yet he believes Hand-Harvested Sea Salt is extremely healthy, and has the opposite effect of refined salt (or manufactured salt).

“The entire health field is very sloppy with its terminology on salt. They think all salt is the same. This is far from the truth. Most refined salts are a poison. But some natural salts are a nutritious and essential food.” In America, Australia and here in New Zealand, doctors condemn salt. They take heart patients off salt, whereas in France, they give heart patients Hand-Harvested Sea Salt.

Dr. de Langre’s books attack some common dogmas and myths about salt and high blood pressure, and clearly show us…

Unfortunately in many countries around the world now there’s a range of coarse salts, (look-a-likes and copy cats) appearing in health food stores now, which look like hand-harvested sea salt, but are not even biologically certified. These wannabe’s retail for about half price and even then are over-priced for what is inside the pack!

Sea Salt is indeed, The Salt of Life

Our bodies contain three internal oceans that closely resemble the ionic balance of ocean water. Each one of these complex solutions surrounds and circulates through our bodies. Ocean salt contains all of the precious minerals our bodies need. These minerals make this type of salt a vital necessity. In the salty enviroment of amniotic fluid the human embryo grows over three billion times in weight. From the moment of conception onwards, humans are never without the need for salt.

The research of Dr. John H. Laragh, M.D. and Dr. Mark S. Pecker, M.D. at the Hypertension Centre of the Cornell University Medical Centre, shows that the High Blood Pressure problem lies not in salt intake but in an overactive hormone system. When this system is overactive, renin levels, are excessively high indicating a physiological need for salt. Consequently, salt starvation could occur if the patient is put on a low salt diet. On the other hand, a low active hormone system, which occur only in a third of hypertensive people, actually reveals sodium excess.

Why is it so hard to obtain a really good salt?

One of the best Sea Salts is harvested off the northwest coast of France. Cold, active, north sea currents, three metre tides and other marine and climatic conditions, offer the advantage of a unique mix of minerals. Common salt lacks the many trace minerals provided by natural sea salt, because during the refining process it is stripped of all its trace minerals. These minerals are then sold to the chemical industry or to pharmaceutical companies to make dietary supplements.

In order to make the colour of the refined salt white, many other sea salt products are washed. Again, in this process valuable trace minerals are lost. Geographical orientation of the coastline also plays an important part in the quality of naturally extracted Sea Salt. The ocean water is channeled daily into pristine ponds, edged with natural waterways, wild grasses and other green plants.

French Celtic Sea Salt is hand harvested from clay salt basins on the Isle of Noirmoutier, Brittany, France by the ‘saunier’ or salt harvester using long wooden rakes. This traditional method has been used for hundreds of years and produces the highest quality salt know on earth.

The wind and sun evaporate the ocean water, leaving a rich brine. The live flowing mixture is briskly stimulated by the local salt farmers actions, and within hours the the dazzling crystals form and are gathered in an age old method, by hand as the sun evaporates the ocean water, the becauser then draws the salt crystals into piles
that become several feet high as the season progresses.
The method used for gathering salt from natural flats is crucial to the production of the health giving Celtic Sea Salt. The salt fields of North West France are lined with a natural layer of clay and sand. If concrete lined beds are used, as in the artificial production of refined salt, the efflorescence of the cement pollutes and loads the salt with toxins.

Salt And Precious Minerals Working Together

Proper electrolyte balance is achieved by maintaining a relatively high potassium content inside the cell and a high sodium concentration in the fluid outside the cell (extracellular fluid): Though potassium and sodium are the two major electrolytes found in the human body, many other elements are required for normal physiological function. Trace elements, found in sea water and in natural harvested sea salt, work to maintain proper functioning of the body’s systems.
This unique combination of nutrients plays an important role in safeguarding good health. If any one element is left out or diminished, a link in an important chain will be missing and the organism will suffer. These elements work to regulate optimum
body function by ensuring that our internal oceans are never short of trace elements.

Is this really Sea Salt? Look how pure white and refined this packet of “sea salt” looks, the label on the package even states that it is free from any iodine! Don’t be fooled, many supermarket and health-food store salts say “Sea Salt” when in fact it clearly a refined and highly purified product containing basically only Sodium Chloride. This is THE salt your doctor wants you to avoid because it causes an effect on your electrolytes, disturbing your electrolyte balance in the body. An anti-caking agent (aluminosilicate of sodium) plus bleaches are used in refined salt which is incompatible with human fluids. It invariably causes severe problems of water retention.

An excerpt from an interview with Dr. Jacques de Langre