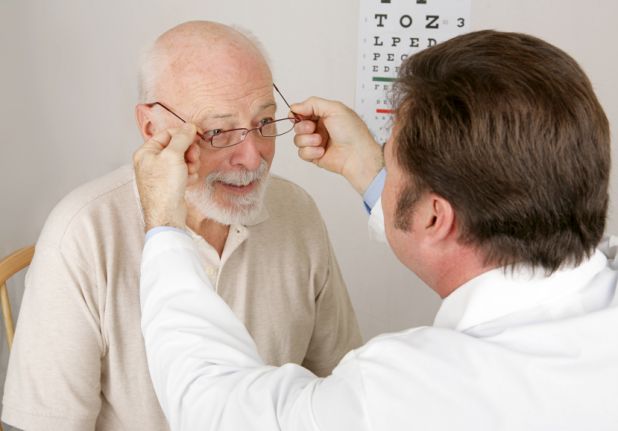 Do You Have Cataracts?

Cataracts are the leading cause of blindness in the world today, and are the leading cause of impaired vision in New Zealand, with a large percentage of the elderly population exhibiting some signs of this eye lesion. In 2005, the Government in this country pledged to spend an extra $17 million over the next three years in providing a total of up to 7500 more cataracts operations. The NZ Ministry of Health said that by 2007-08 they hoped to be performing more than 12,000 operations a year, a 50 percent increase on 2005. I am not sure of the prevalence of cataracts with the different age groups in NZ, but in America, age-related lens changes have been reported in 42% of those between the ages of 52 to 64, 60% of those between the ages 65 and 74, and an amazing 91% of those between the ages of 75 and 85. My guess is that these figures are similar to here. Are quite elderly, and reading this article? Chances are they you may well have one cataract. Please get your eyes checked out if you are unsure. Too many elderly citizens fall, and some of these falls may well have been prevented – just by seeing better!

The word cataract comes from the Latin word cataracta which basically means “waterfall”. As rapidly running water turns white, the term may later have been used to describe the similar whitish appearance of the mature opacities. Opacity means that the lens of your eye becomes clouded, a bit like you are looking at the mirror in your bathroom when you step out of the shower, and you can’t quite clearly see yourself until you wipe the surface. The lens in your eye is situated immediately behind the coloured part of your eye, the iris, and this lens is held in position by tiny ligaments, which conveniently alter its shape for near or far vision.Cataracts are developmental or degenerative opacities of the lens of the eye, generally characterised by a gradual painless loss of vision. The extent of the vision loss depends on the size and location of the cataract. Cataracts may be located in the center in the superficial layers, in the middle, or in the rear of the lens area. Cataracts are also classified according to their colour, which is consistent with their location and density. Pale yellow cataracts are typically slight opacities; yellow to light brown are consistent with moderate to intense opacities; and by the time they reach a brown colouring, cataracts are very dense opacities – causing quite significant vision loss and even complete blindness.

Cataracts Are Easy To Spot

I have found that when I look into an older patient’s eyes, cataracts can be readily spotted by looking into the pupil with a light shining on it, under some degree of magnification. The pupil has changed appearance somewhat, it is not a nice deep black colour, there appears to be a fogginess or haziness overlaying the pupil. Because cataracts tend to develop slowly over time, you don’t even know your vision has deteriorated that much, until one day somebody literally “cleans your windows”. My mother had the lenses in her eyes replaced in a cataract surgical procedure when she was in her late 60’s. I can still remember her telling me that it was like somebody had “wiped the windows clean”, and that she could see so much more clearly. I’ll bet many readers who have had cataract surgery can relate to this one. Remember when they took that patch off your eye – and you went, wow! How amazing!

When you go out at times, isn’t it interesting how many people squint, and hold their hand up to their forehead whilst they are out in the sun? Do you wear sunglasses, particularly when you are at the beach, or near any water or snow? It is my belief that you really should, the reflective glare can be incredible – and you will causing damage to your vision, as well as your skin (if you still don’t get the “cover up” message) to some degree. Although cataracts have no 100% scientifically proven prevention, many scientists do say that wearing ultraviolet-protecting sunglasses may slow the development of cataracts, in some cases significantly. Exposure to the sunlight with particular reference to the ultraviolet-B radiation spectrum is thought to be one of the leading causes of cataract, particularly in tropical countries. So – shading your eyes throughout your life from ultraviolet light is one of the best measures one can take to prevent cataracts. Brimmed hats are also recommended. Now that you have read this article so far, when did you have your eyes checked last? I am constantly amazed at how many patients we see in the clinic, who have not had an eye exam in years for some reason or other, no reading test, no pressure test for glaucoma, no peripheral vision test for macular degeneration. No test at all. You don’t know what you have got….until it’s all gone, as the saying goes. What price do you put on your vision? I think you will have to agree – good vision is absolutely priceless, at any age.

Most cataracts develop due to aging, but there are potentially many factors which may contribute to cataract formation. What most experts do agree on, is that the actual biochemical cause of cataracts is the inability to maintain a normal concentration of calcium, potassium and sodium ions within the protein cells of the actual lens. Free radical production (some of the causes below, like sunlight, heavy metals, drugs, stress, dietary factors, etc.) has a devastating effect on this incredibly high-metabolically active area. How do we know this? Well simple, high levels of anti-oxidants in the eye can have a most amazing effect in reducing the risk of cataract development, but more on this later.

Some of the most plausible causes include:

Cataract surgery: According to orthodox Western medicine, the most effective and common treatment simply is to surgically remove the cloudy lens. This surgical procedure generally consists of removing the lens but leaving the majority of the lens capsule intact. The cataractous lens is removed and replaced with a plastic lens (an intraocular lens implant) which remains permanently in the eye. Cataract operations are usually performed using a local anaesthetic and the patient will often be allowed to go home the same day. Although quite rare, complications after cataract surgery may include retinal detachment.
Aspirin is being recommended by some practitioners to help prevent cataracts. I’ve heard it all before, Aspirin has been recommended for stroke and cancer prevention, and just about everything else. Aspirin may inhibit glycosylation (a process whereby proteins are cross linked) in the lens of the eye that is a causative factor in the development of cataracts. Although evidence shows that people who have used Aspirin on a daily basis for four months or longer may have a statistical reduction, the disadvantages of what Aspirin can do to the digestive system, in my opinion, far outweigh the benefits one would derive from this drug. Aspirin also depletes the body’s reserves of glutathione, and impairs absorption of calcium, potassium, and Vitamin C. These are the very nutrients which you need to prevent cataracts long term! Like all pharmaceutical drugs – short term gain, long term misery, and the only people who profit here are the drug companies’ shareholders.

Several studies in Europe and America have shown dietary links to an increased and a decreased risk of cataract. An Italian study found an increased risk in those with the highest intakes of butter (heated up), total fat (animal), salt (refined, not sea salt) and oil (except olive oil). The Nurses Health Study in the States revealed that regular consumption of spinach and kale was quite protective for cataracts in women. Another study found that spinach and broccoli decreased the risk in men. Consuming foods rich in carotenoids can decease the risk by a huge 40%, and three and a half daily servings of fruits and colourful vegetables can slash your risk by a whopping 50% !Spinach, kale and eggs – Spinach would rate as the No. 1 food in the world for cataract prevention. Popeye may have smoked a pipe, but I’m certain he had no cataracts. Increasing frequency of intakes of both spinach and kale, foods both rich in lutein and zeaxanthin and any foods rich in these carotenoids may well significantly decrease the risk of cataract formation severe enough to require extraction. So now you know, eat spinach whilst you are wearing sunglasses. Lutein derived from egg yolks is claimed to be absorbed 2 – 3 times more effectively than lutein from plant sources. Do you still believe that eggs are bad for your health? Popeye probably loved them too.