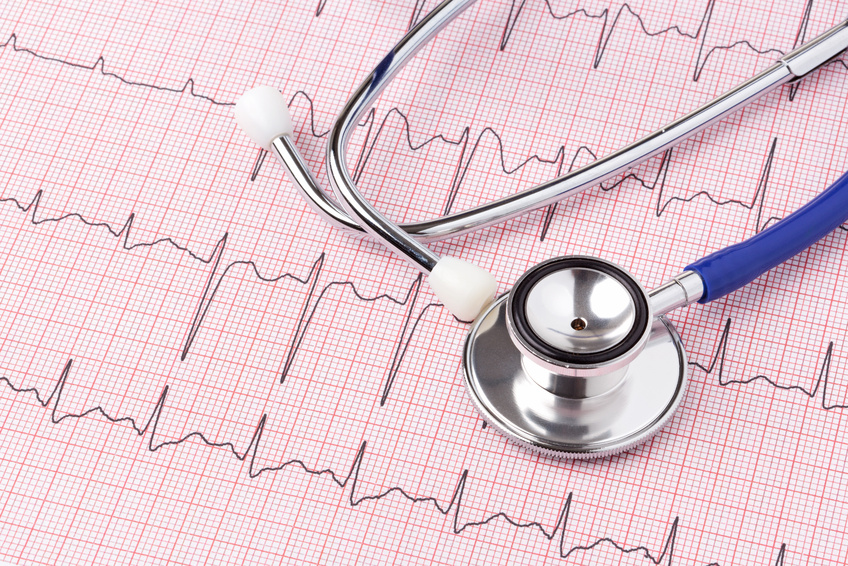 Heart and circulatory problems are a leading cause of death in New Zealand, just like in many other countries.You can learn plenty about all manner of conditions affecting your heart, arteries and veins and what you can do to prevent premature circulatory disorders.

Does your doctor only check your blood pressure, cholesterol and weight? Do you have a family history of heart disease? Are you worried and want to know your real risks? Then this web page will give you the real facts and show you the more in depth blood testing which can reveal your real risk factors. It is important to know that many of those who die of a heart attack, an actual attack and death are the first symptoms.

This second article on blood-pressure will focus on the emotional connection, a case study of how a patient overcame his angina – naturally, diuretic drugs, and natural blood-pressure management including the right herbs and the most effective nutritional supplements to take.

Lowering Cholesterol – The Risks, The Facts And The Politics

This article will take a closer look at cholesterol, at formidable cholesterol lowering agents – from your diet, the Statin drugs and their side-effects, and the crazy notion that some countries believe that children should be on Statin drugs to “prevent heart disease” from developing. It concludes with a case-study.

This article will take a closer look at the presence of several risk factors which escalate in your body and may well go unnoticed until it is often too late, because most of the attention is diverted to “lowering” cholesterol or blood pressure at all costs. Here are some of the main risk factors and what to do about them.

Homocysteine is a normal and unavoidable by-product of the breakdown of the essential amino acid methionine within the body. It is naturally occurring, and represents an intermediate step in the chemical conversion (demethylation) of methionine to another amino acid called cysteine. Elevated levels of homocysteine in your body, which are sustained, can prove risky to your health, a bit like speeding whilst not wearing your seat-belt. It is a major threat to your circulatory system, increasing particularly the risk of atherosclerosis, a clogging of the arteries responsible for many a heart attack and stroke. Read about the cause, the lack of treatment by conventional medical means (your doctor probably never learned about it at medical school) and natural ways to reduce high homocyateine levels.

Stroke is the third biggest killer and the greatest cause of major disability in New Zealand. In developed countries like NZ, after cardiovascular disease and cancer, stroke is the third most common cause of death hospitalisation. This article will look at causative and high-risk factors, conventional treatment as well as natural prevention strategies.

Here you can read the true account of a patient who could have died as a result of taking a statin drug. Her quality of life was getting less by the day. This is a good article to read if you take a cholesterol lowering drug and are concerned about side effects. Make sure you read in addition the articles on Cholesterol as well.

Work really can kill you, according to a study providing the strongest evidence yet of how on-the-job stress raises the risk of heart disease by disrupting the body’s internal systems. The image accompanying this article is from London’s Metro front page story about the study linking stress at work to heart disease. Are you a stressed worker? Read this.

Below is a summary of what happened to a patient regarding her taking a drug called a “statin” to lower cholesterol. (Lipitor). It was freely given and has not been altered, it is a true account of one person’s “side-effects” of a drug known as Lipitor.
“Hi Eric, I had been taking statin drugs to lower my cholesterol on-and-off for about 10 years, then consistently on 40mg of Liptor for the past 8 years.  I had minor liver issues – liver function blood test markers were all elevated.  My Specialist carried out a liver biopsy which showed a minor amount of disease, but “nothing to be concerned about” apparently.  I was advised that my cholesterol levels (which were around 7.8 even on the Liptor) were more of a concern then my actual liver function.  Over this time my general health was declining.  Test showed nothing, but eventually I was diagnosed with ME (chronic fatigue syndrome).  I was suffering from severe fatigue, and a selection of other issues which meant I couldn’t hold down a job.  Gradually I worked with a number of alternative health professionals to improve my health to a state were I could work part-time. I was also able to reduce my Liptor from 40mg to 20mg, (with my cholesterol sitting around the high 6’s)  But I seemed to hit a level above which my health didn’t improve.  Eventually, Eric, you  suggested I try coming off Liptor to see what happens. You did mention to me all along that you thought the Lipitor was undermining my health, but I was concerned about keeping my cholesterol levels down.
The way I feel now, I don’t ever want to go back on those drugs that made me feel so toxic for so long. Within a few days of coming off the Liptor, I noticed my morning urine, which had been burnt orange and smelly for the last 4 years, returned to a mild yellow with no real smell !  Additionally I came out with a rash over parts of my body, and suffered a toxic feeling headache for at least three days. After this things rapidly improved.  My brain fog cleared, memory improved and I was able to perform better at work.  My energy levels also improved to the point that I ‘wake-up’ in the morning as opposed to focusing myself out of bed.  Within 2 months I was working 5 days a week and leading a relatively busy life – something which had been lost to me for many years. I am also able to tolerate liver herbs prescribed for me, which I feel is improving my overall health even more. As for my cholesterol, it sitting around 6.3 with some natural alternatives. It does seem ironic to me that the drugs designed to reduce my cholesterol poisoned my liver to the point that is no longer capable of controlling my cholesterol itself!
Thanks so much Eric, for helping me to regain my health back again after all these years!”
Cheers
Sara , Auckland, Nov, 2007
Eric’s reply:  Sara is just another case we see all to often – poisoned by pharmaceutical drugs, designed to “cure” an elevated cholesterol level. Meanwhile, the person feels terrible, has a poor quality of life. But – the doctor says to “stay on these poisons inspite off all the side-effects”. Is this you? Are you taking a drug like Lipitor, or Zocor, or a drug designed to lower your cholesterol levels? Do you feel yuk, tired, poor memory, spaced out, just “not right” ? Then let me know, we have ways of cleaning up your liver and bowel. If cholesterol really is an issue (and the jury is still out whether high cholesterol will cause heart disease prematurely in it’s own right) we have ways of mitigating the high levels naturally, without pharmaceutical drugs. Please read the three articles on “lowering” cholesterol on this website – and YOU decide what’s best for you after making an informed choice on the matter. Life is just too short to feel poisoned –  like Sarah. With over 600.000 New Zealanders taking a statin drug (as of 2008), there are bound to many more Sarahs out there.

* Email from patient including full details on file