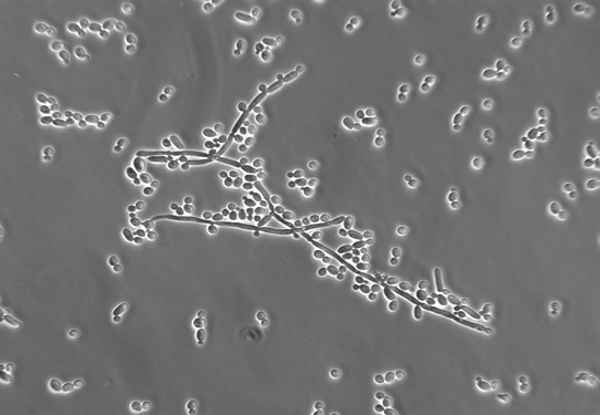 We have known about serious candida yeast infection for well over twenty five years in medicine now, in fact, I can recall reading through a book authored by Dr. William Crook called called The Yeast Connection in the early eighties when my father bought a copy to try and sort his own digestive problems out.

Before the early eighties however, neither the public nor the health care professional had much of idea of the magnitude of this problem. Like many conditions that people present with in a naturopathic clinic, it is once again not the condition they present with so much that is the real issue – it is the continuation of a dietary and lifestyle habit underpinning candida that needs attention.

Candida problems are so widespread, if a random sample of patients complaining of miscellaneous symptoms is given anti-candida therapy many of them will exhibit a marked reduction in symptoms over the next few months and some will even exhibit a dramatic return to good health. Candida problems can in all shapes and sizes and have many disguises, so don’t be fooled into thinking that candida is purely a digestive problem.  Let’s start with two of today’s major contributors of this condition – antibiotics and alcohol.

Antibiotics are a Frequent Cause of Yeast Infections

According to many authorities in natural medicine, antibiotics may be the single greatest cause of candidiasis, because antibiotic treatment for infections is non discriminatory, killing the “good” intestinal chemistry-balancing bacteria, as well as the “bad” infection-causing bacteria.Let me enlighten you a little about how candida infections and their link with antibiotics, a link initially discovered by an American doctor not long after antibiotics were first introduced into general practice. The very first antibiotics developed contained an anti-fungal medicine (anti-candida) built in to discourage the regrowth of fungal conditions which commonly occurs after a course of antibiotics. But at an annual gastroenterologists meeting in America in the early 1950’s it was decided to separate the anti-fungal component and to keep antibiotics separate. This particular separation was initially the start of creating much dysbiosis as well as resulting food allergies in unaware persons. The circumstances increased to be even worst when antibiotics was introduced directly into the foodstuff.

Not long after, also in the early 1950’s, Dr Orian Truss discovered the devastating effects of these antibiotics in an American hospital. During a hospital round Dr. Truss was intrigued by an elderly looking man who appeared to be dying. But this was no elderly man; this man was in his forties and in hospital for several months. No medical expert was able to make a diagnosis, they simply couldn’t figure out why he wasn’t getting better. Out of curiosity Dr. Truss asked the patient when he was last completely well. The man answered that he was well until six months before when he had cut his finger He had then received antibiotics and shortly afterwards developed diarrhoea and his health went downhill ever since. Truss had plenty of experience and had seen a few years before how antibiotics caused diarrhoea and he learned that fungal conditions such as candida were “opportunistic” and thrived in debilitated patients. Dr. Truss now wondered if it might not be the other way round, that candida had actually caused the debilitated condition, he had read that potassium iodide solution could be used to treat candida and was keen to give it a go. So he put the patient on eight drops of Lugol’s solution four times a day and soon the patient regained his health. The candida infection not only cleared rapidly, the patient’s health improved remarkably overall.

Just about every knowledgeable naturopath can bring up comparable success stories, I definitely can. I have seen so many cases of a patient NBWS (never been well since) one or several courses of antibiotics. There is no question regarding it, anti-biotics are often not required to begin with, in fact, I have never ever used them with my children for over twenty years. My four children have had the usual coughs, colds, cuts and broken bones and in spite of all this we have never once have had to resort to antibiotics. In a few per cent of the cases in which they are absolutely necessary their serious after effects could easily be avoided using natural fungicides and lactobacilli. I am still amazed how readily some doctors still prescribe antibiotics for simple cuts to the fingers as a “precautionary” measure.

It is unfortunate that most people in my experience doubt the effectiveness of natural therapies against apparently serious infections, but experience leads me to believe that natural therapies are more effective without resulting in the long-term as well as repeating fungus or any other opportunistic bacterial infections often observed following antibiotics. I have seen patients who have been unsuccessful on long-term antibiotic treatment recover within days or weeks with natural medicines when correctly administered. Even severe injuries such as a shotgun blast were successfully treated with herbal tinctures of marigold (Calendula officinalis) during the First World War. When I practised in one of Mother Theresa’s slum clinic hospitals in Calcutta as a post graduate student years ago, I remember applying layers of cloth bandage to a man’s leg that was amputated below the knee after a tram accident. No antibiotics were given; the wound was washed several times a day for three days and showed signs of healthy tissue granulation.

When I left after several months later he was in perfect health. Herbal medicines work, whether you have had a cut to the finger or have lost a leg. Antibiotics may be necessary in pneumonia and then only if it is bacterial origin. Conventional medicine is still based largely on fear unfortunately, and if you make somebody scared enough you can easily make them do something they may well later regret like an unnecessary operation, taking a drug long term or undergo a largely unnecessary invasive medical procedure. My mother told me recently that she was woken up in hospital to take a sleeping tablet, it sounds like something right out of one of those American sitcoms but it is true.

As you are no doubt already aware, candida albicans is a form of yeast which occurs naturally in the human body, flourishing in the warm folds of the digestive tract, the vagina and the skin. In a healthy body, the population of Candida is kept in check by the several hundreds of species of friendly bacteria that live in the same area. But when these normal, helpful, bacteria are disrupted, by the use of antibiotics – which not only destroy the bad bugs they are designed to destroy, but wash away the good – then Candida albicans can take on a very sinister form indeed. As yeast it can change into an invasive fungal form which can penetrate the intestinal wall and move into other organs. Like an unwanted weed, it can overgrow in the gastrointestinal tract, producing a complex medical syndrome known as chronic or systemic candidiasis. When “on site” in other organs, not only will there be tissue damage and inflammation due to the physical presence of candida, but the level of candida toxins increases locally as well.

What To Look For

The most common place in the human body where yeast proliferates is the vagina of women, where it produces redness, burning on urination, a yeasty odour and itching, but it can also overgrow in the mouth where it is known as thrush, and inside a baby’s nappy causing nappy rash. In these places it can be irritating but really only causes minor problems. I am always on the lookout in my clinic for the tell tale signs of candida infections in my patients. What do I look for? I look first for signs of itching anywhere in or on the body, and when people tell me they have itchy ears, toes, skin, an itchy head, genital region, or have patches of skin that flare up anywhere on their body I initially suspect candida. I also look for signs of sweet cravings; does the person go and buy a chocolate bar or really crave something sweet after a meal? They maybe feeding something more than their tummy and candida can cause an insatiable desire or craving for something sweet.

Ask yourself this this question – are you drawn to the same sweet foods regularly? Do feel the need to snack on sweet foods regularly? Do you always want something sweet after your evening meal? Have you taken one or more courses of antibiotics the past several years and have not felt really well as a result? These are just some of the many questions we ask with regard to candida in the clinic.

Next Post: Can Candida Be Caused By Mercury Amalgam Dental Fillings?