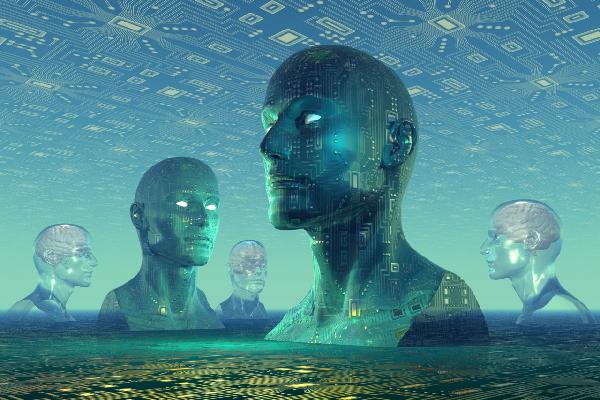 What Are Brain Waves?

Brain waves are at the very heart of communication between neurons within your brain, they are the root of all your thoughts, behaviors and emotions. They are produced by a pattern of synchronised electrical impulses that originate from large masses of neurons that communicate with each other. Brainwaves can be detected by special sensors that are placed on the scalp and are divided into different bandwidths depending on the state of a person’s consciousness at the time. Delta is deep and slow while Gamma is very fast yet subtle, the mind has to be still and calm  to access it. You can think of brain waves as musical notes or gears that operate a car, the low frequency move slowly while the highest waves are very fast indeed.

Your brainwaves will change according to how you are feeling and what you are experiencing or physically doing. When you are tired and sluggish and feel slow, chances are that the slower theta waves are operational. You are more likely to experience a Beta state if you are feeling anxious, wired or hyped-up. The descriptions I’ve given you on this page are very general because in practice brainwave patterns are far more complex indeed and are a reflection of how and where they occur in the brain according to many different aspects of behavior and movement. Brainwave speed is measured in Hertz (cycles per second) and they are dived into bands delineating slow, moderate, fast and very fast waves.

There Are 5 Major Types Of Brain Waves

The five major patterns are Alpha, Beta, Delta, Theta and Gamma, and these can be monitored using an electro-encephalogram (EEG). Each brain wave pattern is associated with a very particular oscillating electrical voltage (an exceedingly low voltage indeed), and these different brain wave patterns are associated with different mental states and states of consciousness.

During deep sleep, the delta waves are the predominant brain waves which are the slowest – 0-4 cycles per second. When you are in a light sleep, meditation, deep relaxation or just plain drowsy, the slightly faster theta waves are the most prevalent brain waves. These oscillate at about 4-8 cycles per second. Beta waves, which have the fastest cycle rates at 13-40 cycles per second appear during highly stressful situations. For example if you are being followed by a police car, or if you have just been told bad (or very exciting!) news. Most people will find that it is almost impossible to fully concentrate when the brain is producing beta waves, and you ability to focus on anything becomes quite difficult.

Alpha waves, at 8-13 cycles per second are produced at a slower rate than the high-stress beta waves, but faster than the sleep-inducing delta and theta waves. Alpha is the predominant brain wave pattern seen during wakefulness, when you are engaged in relaxed and effortless alertness. The “alpha state” is associated with your highest level of physical and mental performance, and therefore you will want to maximise the amount of time during your waking hours that your brain spends time producing these brain waves. 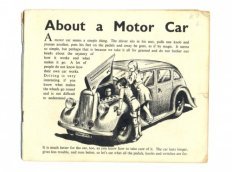 The slowest brain waves (delta and theta) represent the idling or crawling gears. You are either waiting at the lights or crawling through peak hour traffic at 5 miles an hour. The alpha brain wave is like you are driving at the normal speed limit of say 35 miles an hour (60klm/hr) around the suburbs. You are aware and in control and driving (or thinking) at a rate which is efficient and controlled. The beta wave is the highway of your mind, you are cruising at 60 mph or 100 klm an hour and everything is quick. This is the hyperdrive, and in fact you could be driving so fast that you are not immediately aware of your surroundings making it easy to lose control at this speed. Gamma waves are the fastest yet the mind has to be quiet to access it. This is what I call driving in “the zone”, and something that Formula 1 drivers do, they get into their mind and it essentially drives the car. Gamma was traditionally dismissed as ‘spare brain noise’ until brain researchers discovered it was highly active when in states of ‘higher virtues’. Gamma brainwaves subtly modulate fine perception and consciousness. Gamma is above the frequency of neuronal firing, so how it is generated to this day remains a mystery to brain researchers.

Like driving your car efficiently and smoothly, the best situation is to experience an orderly process from one brain wave pattern to the next – from restful sleep (delta/theta) to a focused state of alertness (alpha) and then back to theta and then delta – with all this occurring during a 24 hour period called a day. We try to keep beta waves out of the equation, because we don’t really want to experience anger or agitation if we can avoid it.

The problem with living in the 21st century is that life is not always that smooth – many of us skip second brain gear (theta) and third brain gear (alpha). Some people wake with a jump to the sound of their alarm clock which can induce an immediate state of stress and anxiety (beta). I find it best to throw out that alarm clock and get used to waking to your body’s natural cycles. Your insomnia will improve over time profoundly just by doing this one thing. Of course, it must be borne in mind that overactive adrenals can lead to insomnia to.

After sufficient sleep, we then go on to use stimulants such as caffeine to force our nervous system into an artificial state of wakefulness to promote beta waves and unknowingly stimulate our adrenal glands to produce the stress hormone cortisol as well. Caffeine also suppresses both theta and alpha waves and inhibits a natural reduction in cortisol, and as you can see it is not a good thing for stress.

For much of the day, the combined effects of work stress, emotional stress and time urgency have us swimming in beta waves and “higher than we would like” cortisol levels. By the time we finally get too bed late at night, we have become so exhausted that we completely bypass the unwinding effects and benefits of theta sleep (when cortisol levels naturally fall) and instead drop prematurely into an unconscious deeper sleep (delta) but rarely enough.

This constant moving back and forth between delta and beta brain waves tends to keep cortisol elevated throughout the day time (not very good) while not allowing these fluctuating levels to naturally subside during the night, which is a poor thing to happen.

Essentially any process that changes your perception has the ability to change your brain wave pattern. Chemical drugs are often used but so are recreational drugs like cannabis, and these are the most commonly used methods to temporarily alter brainwave function. Brainwave training is also very effective and achievable with regular practice. There are many traditional Eastern methods to achieve this aim such as meditation and yoga, but Tai Chi and various forms of martial art training also have the ability to achieve a change in brain wave pattern.