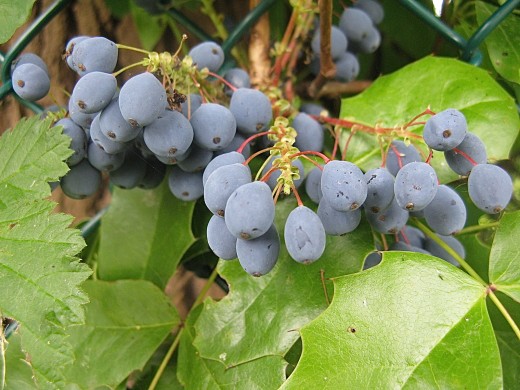 My personal favorite herbal medicine when it comes to any acute infections (any) in my clinic is called berberine. Plants that share similar indications when it comes to effective yeast infection treatment are Golden seal (Hydrastis canadensis), Barberry (Berberis vulgaris), Oregon grape (Berberis aquifolium), and Goldthread (Coptis chinensis). But what do these plants all have in common? They all contain a high content of berberine that is antibacterial, antiparasitic and antifungal that is an effective immune enhancer.

How Does Berberine Work?

Goldenseal and Barberry in particular contain high levels berberine that has positively stimulating effect on the immune system. This effect is strongest no doubt is in mucous membrane tissues found in the vagina, mouth, and especially the digestive system. Berberine has been shown to possess excellent antimicrobial activity against a wide variety of microorganisms some of which are found in the vagina, like candida albicans, e coli, staph aureus and many others. Different types of preparations of goldenseal and barberry especially have been used both orally in teas, capsules and in liquid herbal extracts, and intra-vaginally in douches and as suppositories.

I don’t think of berberine containing herbs as candida specifics, but more adjuncts, meaning they are perfect to add to a candida cleansing and inhibiting dietary supplement because they:

Berberine has demonstrated growth inhibition of Giardia, Entamoeba histolytica, Trichomonas vaginalis, and leishmania donovani as well as several other well-known parasites and many different types of detrimental bacteria. Studies of berberine have shown in particular that it markedly decreases the parasitic load and can rapidly improve somebody’s immune system profile. Test tube studies have revealed that berberine inhibits the multiplication and inhibits the maturation of parasites. It is a most effective anti-parasitic herbal medicine and in my opinion is a must when treating any chronic yeast infection.

Because of its ability to affect both yeast but especially parasites and bacteria, Golden Seal and/or Barberry are a logical choice in cases where multiple infectious agents in any yeast infection are involved. And when a person has a chronic yeast infection, they won’t just have a candida overgrowth, they most probably will have a case of dysbiosis and have an imbalance of many potentially “bad” bacteria, fungi and parasites at the same time, and this is where berberine is effective, just like GSE. Instead of one shotgun we now have two shotguns when we go hunting for candida. I tend to see garlic, tea tree oil and oregano oil as rifles (strong and specific high powered anti-fungal action) and GSE and berberine as shotguns (a more widespread action on bacteria, yeasts and parasites). What a blast, no pun intended ;-

I have developed a product called CanXida Remove, it contains Berberine Extract (standardized dose) along with many other of the best antifungal, antibacterial and anti parasitic natural medicines and is one of the leading candida crushing products on the market.

Candida Crusher was my first book and was released in 2013. When you see the contents section you will understand why the book has been so well received. This is a 712 page book that will be found most useful by not only those who have a Candida yeast infection, but also by those who are interested in learning more about diet and lifestyle, stress and health, detoxification and many other aspects influencing health in general. It is an excellent book for those who have a chronic illness they just can’t seem to beat, and is based on 26 years of naturopathic practice. Candida Crusher is the most comprehensive book of its kind yet written about curing a yeast infection. It has become very popular and has sold in over 50 countries the past year, thank you all for your wonderful feedback. Click here to look at the contents section inside the amazing book. Click here to read more about Candida Crusher