5 Signs Of Health And Longevity

What are the key indicators of optimal health and wellbeing? Let me share with you what I believe to be 5 important signs. 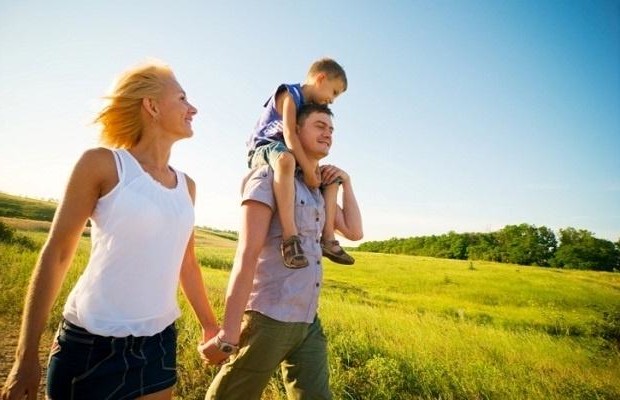 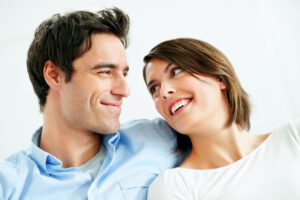 We have all heard about the warning signs of cancer, or how high your risk factor is for developing Alzheimer’s disease. It is not often that you can read about the positive side to living, in recognising some good health markers in your life. We sometimes think of those that are truly healthy are those that are ‘super-fit’, or perhaps ‘eat everything organic’, or the slimming and beauty culture. In fact, good health can be obtained by anybody, and can often be achieved by learning to balance lifestyle.
Some of the following health and longevity signs are mentioned in an ancient Chinese Medicine textbook called ‘The Yellow Emperor’s Classic’ ; I have added a few signs of myself, and given some Western natural medicine indications as well. You will notice that some of these signs are not just referring to the physical body, but also about matters of social behaviour, morality and spirituality.Good health is after all holistic health, and represents a combination and balance of mind, body, and spirit.
Scientists studying ageing and health and older people from around the world, found that these people sleep deeply and well, are vigorous and athletic and prefer sports like swimming, cycling and tramping or mountain walking; they enjoy travel and do this widely and often, have low to normal blood pressure; and many still have a good physical relationship with their partners as well, even at an advanced age!. They read more and watch far less television; have good posture; are more likely to be truthful and not give a false impression of themselves; are extrovert and outgoing and generally have parents who lived to a healthy old age. Many were also vegetarian or ‘semi’-vegetarian.

Vitality means that you have abundant energy, don’t generally get sick or unwell, rarely get fatigued and enjoy life generally, with the challenges it brings. Strong vitality is seen in many cultures as an important marker for good health. Vital people enjoy working, and come home tired yet satisfied. The have strong resistance towards disease and have a good circulation. Healthy people don’t generally get sick. They can handle stress easy, and don’t worry about trivial matters.
What can we do for low vitality?

Good sleep means sleeping deeply and soundly as well as satisfying. Good sleepers generally fall asleep easily, and within five minutes of going to bed. Sleeping involves different phases, and healthy sleeping includes the various phases, including the important process of dreaming.
Insomnia is often considered a disease in its own right, when in fact it is often part of a more generalised dysfunction. No point just giving somebody a ‘sleeping potion’ if they have difficulty in sleeping.  If at all possible, I always try to establish the cause of a sleeping disturbance, before moving on to treat insomnia in its own right. Conditions such as anxiety, depression, tension, being on a prescription drug as well as pain may be causes of not being able to sleep. It has been said that he longest lived people obtain 6 – 8 hours sleep per night, whilst the shortest lived people sleep for less than five hours or more than ten hours per night.
What can we do for not being able to sleep?
Consider eliminating all stimulating substances, especially coffee. As little as 1 cup of coffee per day can be ample to over-stimulate some people, causing sleeping problems, regardless of when in the day the coffee was consumed. Eliminate ALL caffeine related drinks; many “energy” drinks contain large amounts of caffeine. Guarana can often be found in such ‘V’ drinks, and has a high level of caffeine. Regular exercise is important, particularly morning exercise. Avoid daytime naps. Try to cultivate regular habits: bedtime, wake-up time, exercise, regular bowel-movements and meals eaten at the same time each day. Especially avoid stimulating foods and beverages in the evening. Coffee, spicy foods, etc. Eat tryptophan containing foods later in the day, or early in the evening: bananas, figs, dates, yoghurt.
Sleep things to try:
These are only temporary local measures, if insomnia can’t be resolved after a few months; it pays to seek professional help.

Can you laugh at yourself? Or have you become grumpy and old before your time? By having a sense of humour, I am not implying you become a stand-up comedian, to tell jokes and make people laugh. Can you see the funny side to things, or are you too serious to enjoy life? The Chinese have a saying, that ‘If you complain, then you are a blind man who cannot see the absolute justice in life’. Moral of the story: Don’t complain, no whingeing, because nobody likes a wet blanket! Having a good sense of humour gives you a happy and positive outlook in your life, and makes it enjoyable to be around you. The Bible even states that ‘a merry heart works like a doctor’.
Back in the 1980’s, two Harvard scientists studied more than 100 centenarians from around the world, and found that personality plays a major part in a long and healthy life – in particular people who continually accepted mental challenges, remained optimistic despite hardship and had a good sense of humour. These centenarians also had good friends which they kept for life, and above all, were mentally as well as physically active.
Humour to try:

Most people who have been able to keep well and vital for many years applied these dietary principles to some extent. They can certainly help you; and we should all know them by now:
Eat less: Most people eat around 30 percent more than they need to. Tests on rats whose food intake has been restricted seem to indicate higher levels of antioxidants which work against the damaging free radicals. Monkeys who were fed 30 per cent less than another group were dying at about half the rate in one study. It has long been known that those who eat less, live longer and disease free at a more advanced age.
The Chinese see the appetite as a way to consume, or take things in, as well as the ability of a person to ‘give’ of themselves. This is balanced in the healthy person by a desire to give as well as to take. In this way, a healthy balanced person appears to have the endless ability to give of themselves, which in turn stimulates their appetite, improves health and so on it goes, culminating in a happy spiral upwards.

The Chinese do not distinguish between physical and mental problems as we do in the West, the mind and body are cleverly treated at the same time by the same practitioner, and are merely seen as different manifestations of one pattern of disharmony. I once heard it said that we begin to age when we stop to learn. A healthy mind is capable of quick and sound judgement. Healthy people are known for their good memory and clarity of thought. I can remember a few elderly patients over the years, some well into their 90’s, with amazingly good vision, hearing, and sheer ‘brain power’. I have noticed is that they are happy, have a partner generally, have good mental faculties and are involved in things like community projects, do crosswords, and go walking or garden. By keeping an active mind, your outlook on life will be more positive, and this, in turn, will have a positive effect on your health. Regardless of age, an active brain continues to produce new dendrites. Dendrites are the connections between nerve cells that allow communication between these cells. This in turn helps you to store and retrieve information more easily.
What can we do for mind over matter?
Here are some ways to expand your mind, particularly with age: Read, do crossword puzzles, play chess or bridge, learn a foreign language, change careers, do a computer course, teach others your skills, join a book (or Tai Chi) club, and have stimulating discussions and debates with others, do a course through a correspondence university or college, go to the theatre or develop your own artistic talents. Studies suggest that highly educated or mentally active older people are far less likely to fall prey to Alzheimer’s or dementia.  Here are some supplements and herbs which can help increase cognitive ability and memory recall in people with conditions ranging from mild attention-deficit to pronounced neurological conditions, including Alzheimer’s disease.