Don't be fooled, you'll be led to believe and be told time and again by mainstream medicine that natural medicine has nothing to offer those with depression, and that drugs are the pathway to a"cure". It's your body and your choice. Maybe time for a change? 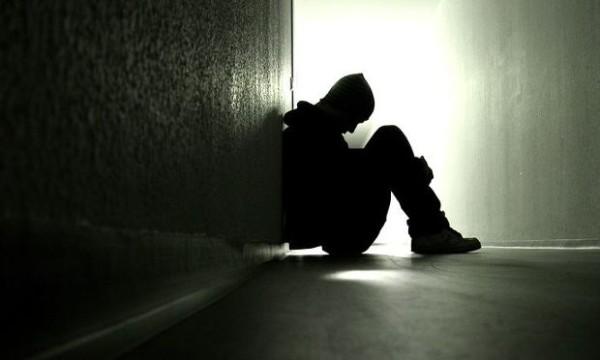 So-called “medicines” for depression (pharmaceutical drugs) aren’t the only solution as you will have been told for the treatment of anxiety and depression, there are many options available to you and many scientific studies to validate this claim. BUT – natural doesn’t always mean safe. However, for some people certain herbal and dietary supplements do seem to work well, but more studies are needed to determine which are most likely to help and what side effects they might cause.

I agree with mainstream medicine, many drugs do work, but only to a degree and only with some people. Unfortunately, many respond very poorly to antidepressants, if at all. More often, when the meds stop working there is generally no good reason why – or even if they worked in the first place at all and when you experienced was the placebo effect from taking a pill every day.

It is proposed that patients’ perspectives and cultural backgrounds are needed to be taken into consideration during the clinical assessment and choice of treatment.

1 – Optimise your diet  Ensure your body is getting the appropriate nutrition it needs to thrive, along with drastically reducing or eliminating most sugars and grain from your diet will help form a firm foundation for both physical and mental wellness.

Abstaining from sugar/grains will optimise your insulin and leptin levels naturally. Remember that insulin resistance (which is caused by too much sugar/fructose and grains in your diet) is not only a primary factor in diseases like diabetes and heart disease, it is also a significant risk factor for depression.

Researchers have discovered a positive connection between higher levels of insulin resistance and severity of depressive symptoms in people with impaired glucose tolerance, even before the occurrence of diabetes. Based on these findings, it was suggested that insulin resistance could be the result of an increased release of counter-regulatory hormones linked to depression.

According to one 2004 study, sugar suppresses activity of a key growth hormone in your brain called BDNF. BDNF levels are critically low in those suffering from depression and schizophrenia. Keep in mind that abstaining from sugars and grains also means avoiding soda drinks, sweetened beverages of all kinds and processed foods of all types as high fructose corn syrup is a staple ingredient in most processed foods and sweetened beverages. You’ll also want to avoid artificially sweetened “diet” foods and beverages. Artificial sweeteners like aspartame have also been linked to depression and behavioural disturbances.

2. – Exercise. Regular exercise is one of the “secret weapons” to overcoming depression. It works so well because it helps to normalise insulin resistance while boosting “feel good” hormones in your brain. Again and again, researchers have confirmed that physical exercise beats antidepressants in terms of effectiveness and long-term stay-well rate.

3. – Optimise your vitamin D levels. Getting safe sun exposure, which allows your body to produce vitamin D, is a natural mood booster, and vitamin D deficiency has been linked to a significantly increased risk of depression.

One study found people with the lowest levels of vitamin D were 11 times more prone to be depressed than those who received healthy doses. Ideally, you’ll want to optimise your vitamin D levels by getting regular exposure to sunlight, but you can also use a safe tanning bed or take a high-quality vitamin D3 supplement.

4. – Omega 3 high in DHA. Take high quality animal-based omega-3 fat daily—Not getting enough omega-3 fats is known to change the levels and functioning of both serotonin and dopamine (which plays a role in feelings of pleasure), as well as compromise the blood-brain barrier, which normally protects your brain from unwanted matter gaining access.

Omega-3 deficiency can also decrease normal blood flow to your brain, an interesting finding given that studies show people with depression have compromised blood flow to a number of brain regions. Finally, omega-3 deficiency also causes a 35 percent reduction in brain phosphatidylserine (PS) levels, which is relevant considering that PS has documented antidepressant activity in humans.
Omega-3 fats such as those in fish oils have actually been found to work just as well as antidepressants in preventing the signs of depression, but without any of the side effects. I can also attest to this, as throughout my years of practice many of my patients were able to eliminate their antidepressants once they started taking omega-3 fats.

5. – Adrenal Fatigue. Many patients I have seen are tired and burned-out, and after visiting their doctor have been diagnosed as “depressed”. Adrenal fatigue is very real, and causes many health problems. In fact, many clinical psychologists I have spoken to have confirmed my suspicions, that well over half of all patients they see suffer from stress and are easily labelled as depressives. Please read the articles on adrenal fatigue and see if you fall into this category before you take a drug.

Depression can be a very serious condition, but antidepressants are rarely effective, and the side effects can be just as deadly. I urge you to consider the natural treatments suggested above—ideally with the support and guidance of a knowledgeable natural health care professional. If you or someone you love is currently struggling with depression, I suggest reading Dr. Gordon’s book Unstuck: Your Guide to the Seven-Stage Journey Out of Depression. It is packed with valuable insights to help you feel better and regain control of your physical and mental health.