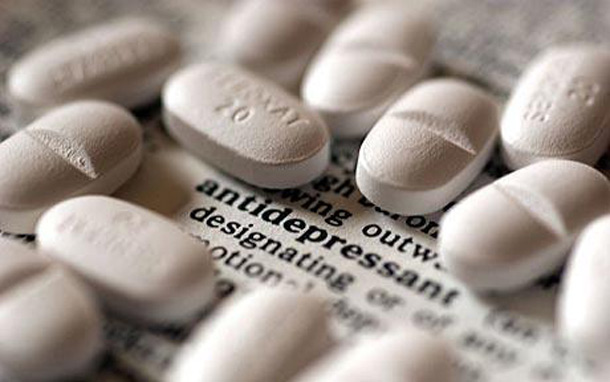 It appears that the antidepressant drug you may be taking is probably no more effective than taking a sugar pill. A recent “meta-analysis” (a big study which looks at lots of smaller studies) has revealed exactly this. Just recently, six separate studies were combined into one to look into the effectiveness of antidepressants, and the results have shown that you may be better off treating the underlying causes of your depression rather than the symptom itself.Mild to severe depression might be better treated with alternatives to antidepressant drugs, which do not help patients much more than an inactive placebo, researchers said.

Combining data from these studies that examined the effectiveness of two commonly prescribed antidepressants—paroxetine (called Aropax in New Zealand) and imipramine (called Tofranil in NZ) —found the drugs produced benefits only slightly greater than a placebo in patients with mild to severe depression.
“They would have done just as well or just about as well with a placebo,” said Robert DeRubeis, a psychologist at the University of Pennsylvania, Philadelphia, who with colleagues performed the meta-analysis.
Paroxetine is one of a popular class of drugs, selective serotonin reuptake inhibitors, and is sold under the brand name Paxil by GlaxoSmithKline. Imipramine is an older tricyclic antidepressant drug developed in the 1950s.
The so-called placebo effect is powerful in treating depression, where people believe they are helped even though they are taking an inactive sugar pill, DeRubeis said.
In the report published in the Journal of the American Medical Association involving nearly 800 patients, the drugs’ impact was noticeably stronger than a placebo in people diagnosed with very severe cases of depression.
Using a scoring system for depression where a diagnosis of 24 or above indicates a very severe case, the researchers said patients treated with drugs saw their scores drop by 13 points, compared to a drop of 9 points for those given a placebo.
But for those with initial depression scores of 23 or below the drop averaged 8 points for those given antidepressants and 7 points for those given a placebo. Roughly half of those prescribed antidepressants fit into the mild to severe categories.
“Our data should give some pause to doctors and patients weighing antidepressants”, Dr. De Rubeis said in an interview. “They should give some consideration to other alternatives.”
Exercise has been shown to be helpful to stem depression, as does psychotherapy, and even “self-treatment” with the aid of the plethora of self-help literature, he said.
A spokeswoman for GlaxoSmithKline said the report “contributes to the extensive research” into antidepressants, noting that Paxil received U.S. government approval in 1992 and has helped “millions of people battling mental illness.
“The studies used for the analysis in the JAMA paper differ methodologically from studies used to support the approval of paroxetine for major depressive disorder, so it is difficult to make direct comparisons between the results,” spokeswoman Sarah Alspach said.
At least 27 million American people take antidepressants, nearly double the number that did in the mid-1990s, according to a study by Columbia University and University of Pennsylvania researchers reported in the Archives of General Psychiatry. More than 164 million prescriptions for antidepressants were written in 2008, totaling nearly $10 billion in U.S. sales, according to IMS Health. Global sales were twice that.

New Zealanders are also taking a record number of anti-depressants. In June 2009, the NZ drug funding agency Pharmac said that doctors wrote 1.2 million prescriptions last year and that figure has doubled in seven years. In 2002, 700,000 prescriptions were written. Experts say up to 600,000 New Zealanders could now be on anti-depressants (in a country of 4.1 million people). Auckland psychiatrist doctor David Codyre, who works with GPs, says drugs are a common way to treat depression.”Until drugs, all doctors could do was listen,” he says. Codyre says one in 10 people in New Zealand are likely to experience significant depression or anxiety. Many psychologists are blaming the recession for the rise. Medical experts say redundancy, a lack of stress-relieving holidays or the struggle with mounting household bills was enough to push many people over the edge. Psychologist Dr Simon Hatcher, told TV ONE’s Breakfast show (a popular morning current affairs TV program in NZ), that he believed doctors are more willing to prescribe antidepressants nowadays. He says the increase in people with depression could be for a number of reasons, higher awareness being them. Dr. Hatcher also says there is “absolutely a link between the recession and mental heath.” He says one of the clearest links is between economic hardship and suicide rates. “People who are unemployed are two or three times more likely to commit suicide,” he says.

Eric Bakker’s comment
It is clearly obvious that stress underpins depression to a great degree. When are the medical experts finally going to sit back and understand the importance of treating the cause? A recent New Zealand study has found a strong correlation between rising rates of depression and work stress. Dr. Wilson’s Adrenal Fatigue Program is now used by practitioners in over 30 countries and has helped countless patients in my own clinical practice off antidepressants and into a healthy and happy (drug-free) life. I had a recent conversation with one of NZ’s leading psychologists who admitted that well over half the cases of depression he has seen were “manifestations of burn-out” and not depression as a stand-alone complaint.

I would further like to add how antidepressant drugs are the underlying cause for many social problems in our society, for example have you not noticed how most of the mass shootings in schools, at Fort Worth, in Finland and many other countries were all committed by males on antidepressant (Paxil, for example) drugs? Are you still taking an antidepressant? You may want to rethink and look at the underlying issues at hand. Do you drink plenty of alcohol, are you always tired? Are you stressed or anxious much of the time? You may like to look at the article How to Beat Negative Thinking, because your thoughts are your world.

Yiara Hillebrand said:
January 8, 2010 @ 7:50 am ·
“Eric, I really appreciate the article about anti-depressants. I myself have taken anti-depressants for ten years and, in fact, I do not know if the problem was depression or adrenal fatigue. Well, after reading Dr. Wilson’s book I’ve realized the actual problem might be adrenal fatigue. But as I´ve been under treatment for adrenals for about three months, following Dr. Wilson’s instructions, I feel insecure to stop with drugs because every odd symptom I have get horrified and think it is because ” I’ve diminished the quantity of the antidepressant these two days.That´s why I´m feeling bad”. It´s not easy to deal with that. The other point is that I have a lot of problems to sleep and I take a drug to try to sleep better.
Thanks for your attention. It´s very important to know some people are seriously interested in solving these problems. I really feel I am the odd one out”

Eric Bakker ND said,
January 11, 2010 @ 9:55 pm
Hi Yiara,
“I am pleased for you that you have read Dr. Wilson’s book. I just wish that there were many more women out there who realized that “depression” in many cases is in fact a classic symptom of adrenal fatigue. The problem arises that there is very little profit in actually spending time with a patient and more in a quick prescription because the problem must be “in her head”. You are NOT the odd one out, it appears odd to take drugs for stress and burn out related problems! Stay with Dr. Wilson’s Adrenal Fatigue Program, I have treated over 1000 patients on this program so far after 3 years, and countless have been hooked or addicted on benzo drugs, or anti depressants. Many are no longer on these toxic concoctions anymore. There is life beyond pharmaceuticals, you need to be strong and stay with the dietary and lifestyle recommendations of Dr. Wilson. It may take one, two, three years or more, but eventually you will be off these legally prescribed poisons. Be strong, and don’t let any doctor make you feel that you “need to be on drugs for the remainder of your natural life” like so many of my patients have been told, especially the anti depressants. Ask your doctor if he (or she) would have their partner take these drugs forever, most times they will side step this question. Mind altering drugs are like guns, they only cause more problems for the user. And eventually – they make you sick and may kill you. Be strong, persistence breaks resistance.