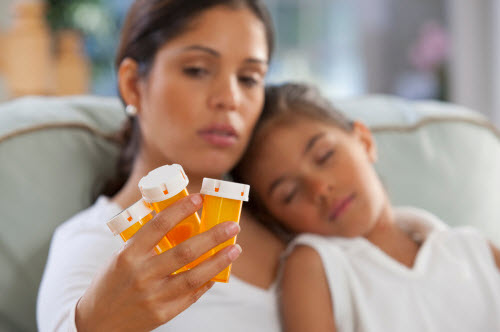 Presented to a Dr. with an ear infection. Drug treatment summary May – October 2006

This is a real case, the authentic case notes are available for serious perusal in my clinic. Henry was brought to me in a very poor state, and after several rounds of antibiotics it was deemed that he had “no significant disease” yet was not recovering from his illness. This is the real carnage of pharmaceutical based medicine, the over-prescribing of drugs which were slowly eroding this little boy’s health. Henry is in fine condition today, and my advice to the mother at the time was to avoid antibiotics for several years until we restored Henry’s digestive system. Is this the way to raise a child, dozens of drugs prescribed to “cure” sickness? My four children have never received an antibiotic ever. There was never any reason to resort to them, cuts, burns and infections have all been successfully treated with herbal medicines and homeopathic medicines. We never wanted to use vaccinations to “prevent” illness. Henry’s mother now uses the herb echinacea if there are any sniffles. Henry has been getting stronger each year, he is 6yrs old and in good condition.

Are You A Doctor Reading This Link?

The largest medical journal in the world (JAMA – The Journal of the American Medical Association – 1998; 279: 875 -877, 881-882) published an editorial that is actively encouraging ALL physicians to stop ALL antibiotics (except in cases of severe and recurrent infections) for the most commonly treated infections in childhood.

This is a huge step in the right direction. Eventually the truth rises to the surface and can not be ignored. The next step will be to publish the reasons why these kids are getting ear infections to begin with. The studies have been done and the work is quite clear. Food allergies are the number one cause of recurrent ear infections in children.  The most common item is cow’s milk. Simple elimination of milk will stop the infections in nearly 50% of all kids. Stopping sugar and juices will eliminate 50 to 70% of the remaining infections. Try this protocol, it works.

Nearly half of children seen by physicians for treatment of a common cold leave their doctors’ offices with unnecessary prescriptions for antibiotics. Bacteria-fighting antibiotics are useless against colds, the vast majority of which are caused by viruses. Nonetheless, “antibiotics were prescribed to 44% of (pediatric) patients with common colds. The unnecessary over-prescription of antibiotics during past decades has been blamed for the recent emergence of antibiotic-resistant strains of sometimes deadly bacteria.
The researchers say children aged 5 to 11 years were nearly twice as likely as younger children to receive an antibiotic prescription during a cold-related office visit. They speculate that parents of school-aged children may put more pressure on physicians to prescribe antibiotics because these parents “often do not have mechanisms in place to care for their child at home, (and) they may perceive antibiotic treatment as reassurance that ‘everything possible is being done’ and feel more comfortable returning the child with a respiratory illness back to school.
The accompanying editorial authors believe managed care company policies may be contributing to the problem. They speculate that patients who wrongly believe antibiotics will speed recovery may be pressuring doctors for prescriptions. Once they receive these prescription, patients then give compliant doctors higher marks on health maintenance organization satisfaction surveys. Managed care administrators use those surveys to evaluate — and reward — individual physicians.

Researchers from the Southern California/RAND Evidence-based Practice Center (EPC) had some interesting “evidence-based” findings, including:

The report points out that in other countries otitis media is not always treated with drugs at the first sign of infection. Rather, in children over the age of 2 years, the norm is to watch and see how the infection progresses over the course of a few days.
The report notes that in Holland, the rate of bacterial resistance is about 1%, compared with the USA average of around 25%.

Next Post: How To Scare People About Vitamins And Minerals